Sonam Kapoor's styling and fashion statement have always made it to the news and she is often termed as the 'fashion diva'. Here's a look at how the 'diva' had decked up on her 36th birthday.

Whenever we think about one of the most popular fashionistas of the tinsel town, the first name that comes to our mind is that of Sonam Kapoor. She is no doubt the style icon of Bollywood. Whether it is wearing a high-end couture label on the red carpet or slaying in her avant-garde sartorial moments, Sonam always inspires her fans with her outfits. Sonam checks all the boxes that it takes to make her a trendsetter in Bollywood. On her 36th birthday, Sonam Kapoor Ahuja proved yet again that she has mastered the art of dressing up impeccably.

From pairing a blazer with a saree to acing a piece of heavy metal jewellery, Sonam Kapoor is a true fashionista. If there is a star, who loves sporting 'Outfit Of The Day' and nails the look too while doing so, it has to be Sonam Kapoor. Her extra mantra makes her rock the look. Sonam's outfits, her classy shoes and the bags make us believe that the diva believes in extravagant fashion. She is quite often seen decked up in extravagantly expensive fashion labels. Whether it is a Hermes Kelley bag, whose cost is around Rs. 8,47,902 or a Prada metallic bag that the fashionista had flaunted on her IG handle, Sonam aces her look with these expensive fashion labels. Sonam Kapoor Ahuja had turned 36 on June 9, 2021, and she had decided to spend her day with some of her close friends. Sonam, who has been residing in the United Kingdom for quite some time now, chose London's much-loved Indian restaurant, Bombay Bustle for her birthday dinner. Sonam, who loves to experiment with her attires, had chosen a coordinated floral blouse and skirt set doused in pink and purple roses for her birthday dinner. The skirt and the floral top's colour will make you go gaga over Sonam's outfit. Her friend, Christina Norton had shared some rare pictures from the evening on her IG handle. 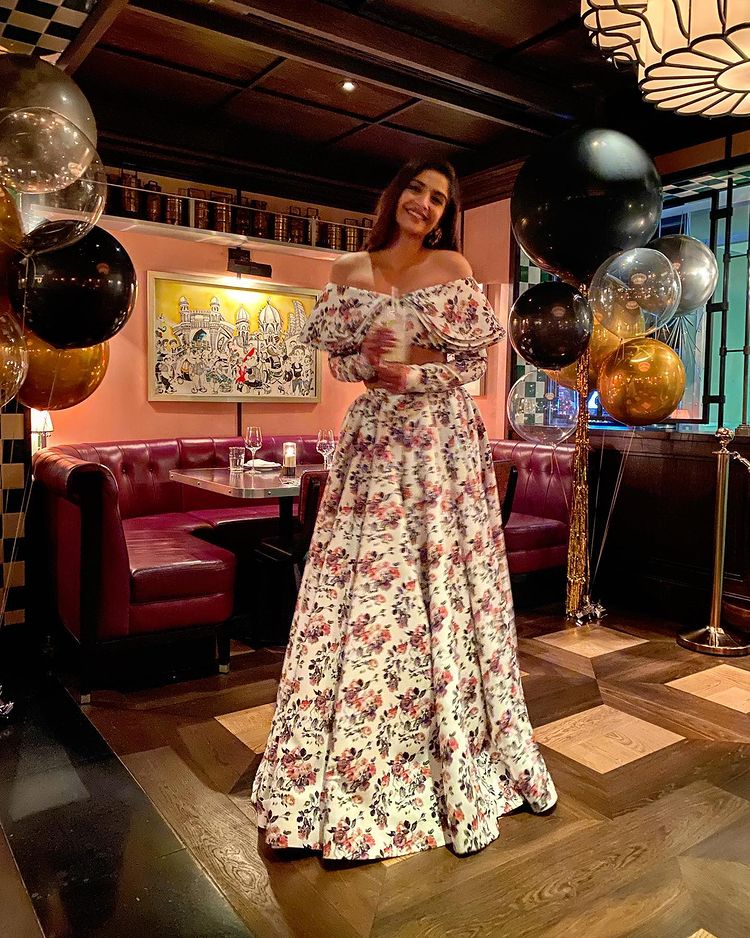 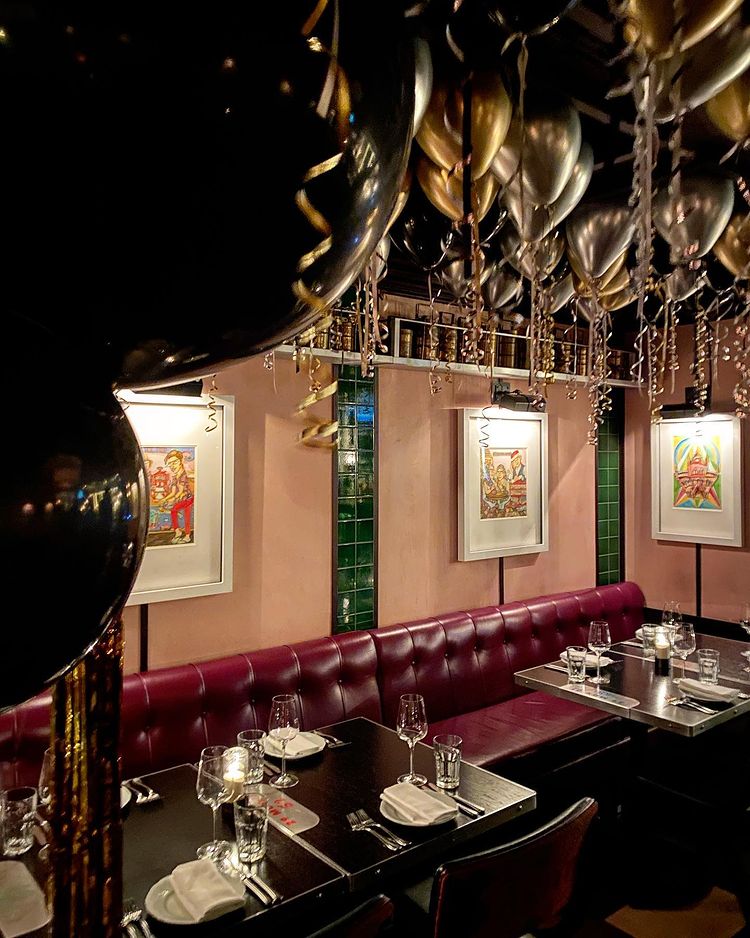 Sonam Kapoor had styled her outfit with rose gold vermeil diamond earrings and pearl hook earrings and a pearl and diamond flower earring. Both from British jewellery designer, Shaun Leane's Cherry Blossom collection. Sonam's floral outfit is a perfect pair-up for any fancy brunch or day function. The Saawariya actress had looked like an angel, straight out of a fairy tale. She had paired her Donatella top and Olwen skirt with enamelled floral earrings and a ring. Sonam had styled her hair in soft curls and had left them open in a side parting. However, there are very few people, who know about the total cost of her birthday ensemble. 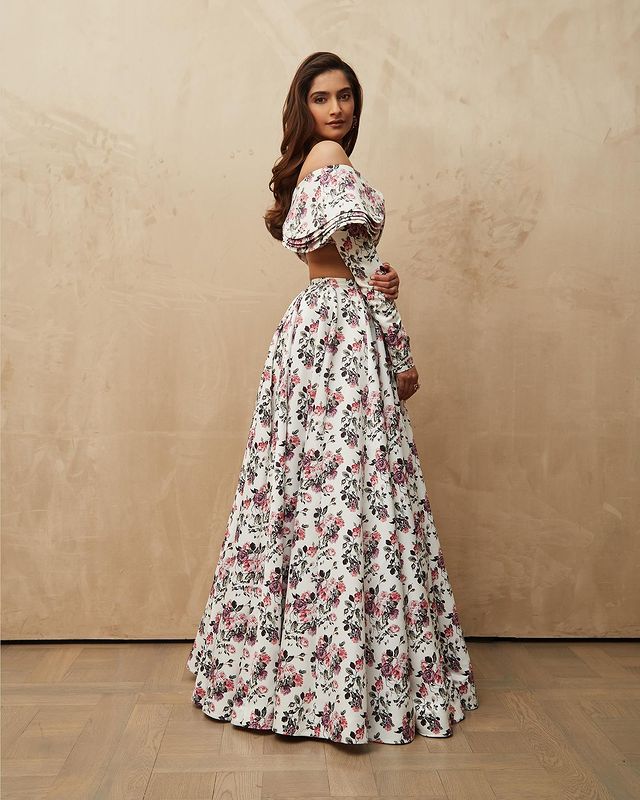 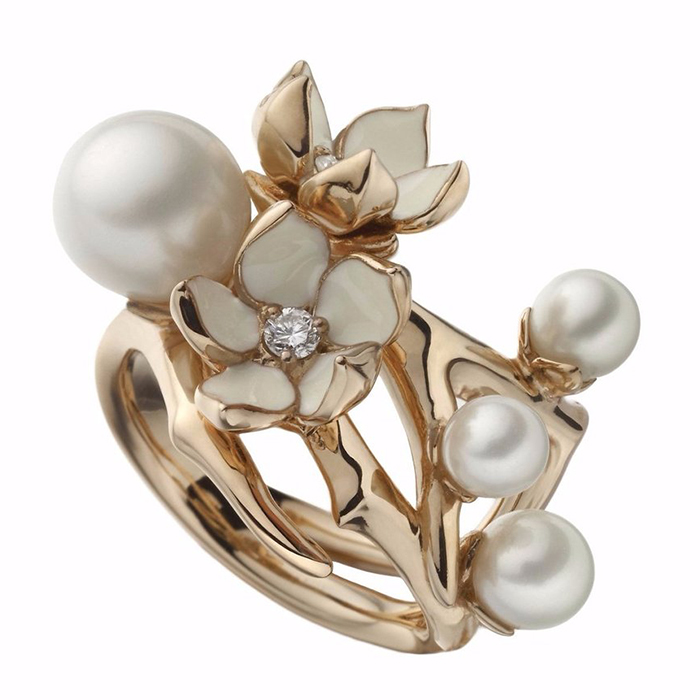 The Donatella top and Olwen skirt by Emilia Wickstead were priced at Rs. 1,37,470. The outfit was styled with Shaun Leane's cherry blossom collection. The embellished hook earrings had cost her Rs.1,96,530 and the pearl and diamond ring had cost her Rs. 56,900. So the total amount that Sonam had spent to create her birthday look was Rs. 3,90,900. Yes, you got it right! Sonam had spent around 4 lakh rupees on her 36th birthday ensemble. Though her birthday look is pretty expensive for many of us, the fashionista had nailed the look. This is not the first time that Sonam has created a fashion statement with such extravagant attire. 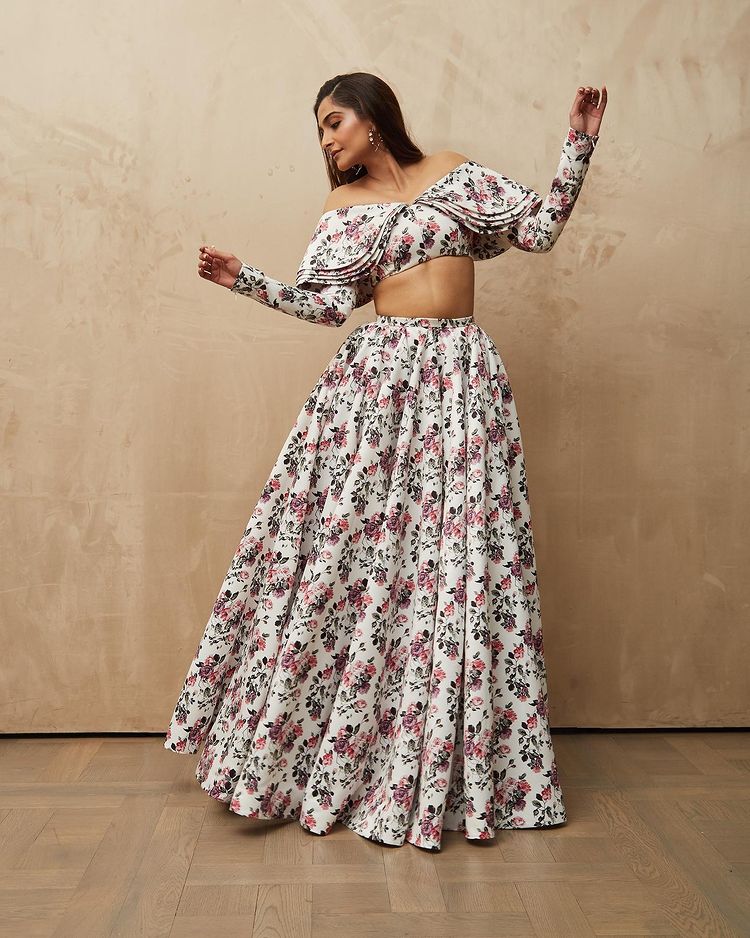 Not only does Sonam slay the look on her birthday or on the red carpet, but she had also looked stunning at her husband's birthday when the doting wife had planned a private birthday celebration for her husband, Anand Ahuja last year. Sonam Kapoor Ahuja had organised a surprise picnic to celebrate her husband, Anand Ahuja's birthday in Notting Hill. The actress had flaunted a floral set by Péro that comprised a long ivory jacket, camisole and a pair of silk pants. The ivory jacket and silk trouser had featured a pattern of large blooms in pastel shades and the hue gave a romantic spin to her look. Making the actress score high on style and comfort. If you are someone, who loves to flaunt floral prints and is looking for a casual outfit for a high-tea or brunch, you can definitely take inspiration from Sonam Kapoor Ahuja. The jacket can also be recycled with blue jeans to create completely different OOTD, whereas the silk pants can be teamed with a blouse for any other occasion as well. Time and again, Sonam has proved her love for statement jewellery and for Anand's birthday she had completed her floral outfit with a gold pendant by Misho and a pair of hoops. The Veere Di Wedding actress had left her hair open and had opted for a minimal makeup look for her day out with her dearest hubby.

Also Read: Anil Kapoor Surprises His Wife, Sunita Kapoor With A Gift Worth Rs 1 Crore On Her Birthday [Picture] Sonam Kapoor has shown us that she is truly the 'style icon' of Bollywood. The actress' wardrobe strikes a fine balance between classic pieces and modern silhouettes. What separates her from others is her daring attitude to experiment with her ensembles. This in return creates a look that makes heads turn. No wonder, when we think of Sonam's sartorial choices, 'playing safe' is never a word. 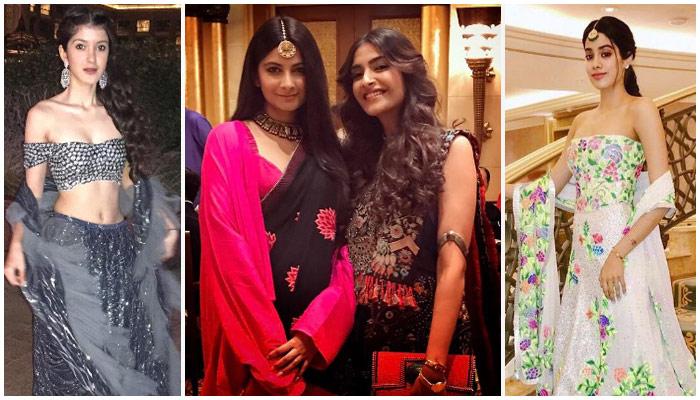 There’s nothing wrong if we say that it’s Bollywood that has taught the country the real meaning of big fat weddings. While the on-screen weddings are truly an epitome of magnificence, the ones that actually take place in the Bollywood families are no less either. One such opulent Bollywood affair