Sonam Kapoor and Anand Ahuja have been giving couple goals to the millenials. On December 12, 2019, the two looked adorable while they came together for the seventh-anniversary celebration of Bhaane. 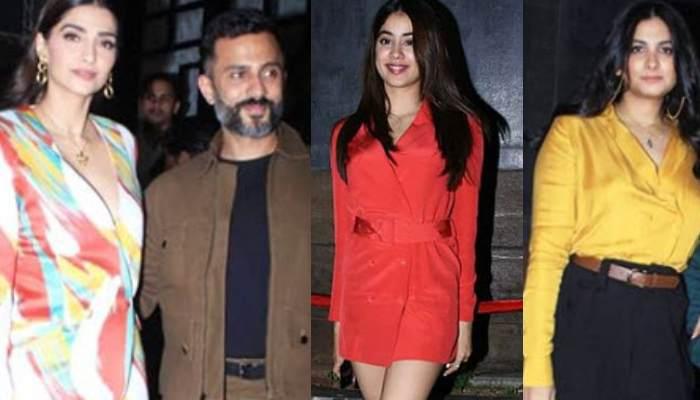 We live in the world of instant coffee and instant noodles, in such a world, having a stable relationship is a tough task and if you are lucky enough then you have fallen for the right person. We live in a world where breakups and patch-ups happen with just a blink of the eye and having a perfect relationship is something everyone craves for. In a world where some couples struggle to sustain their relationship, there are some exceptions who in spite of being in a long-distance relationship manages to have each other’s back. (Also Read: Anam Mirza And Asad Azharuddin's First Look From Their Reception, Looks Stunning In A Sequinned Gown)

Sonam Kapoor Ahuja and Anand S Ahuja are a perfect example of how to balance a relationship despite having a long-distance marriage. The two give major couple goals to the millenials with their mushy pictures and social media PDAs. Sonam and Anand might be different in many aspects but their love for books and sneakers is what makes their cutesy relationship perfect. After a lot of denials about her relationship status, Sonam had surprised everyone when she had decided to get married to the love of her life, Anand Ahuja on May 8, 2018. The two had a Gurudwara wedding.

Sonam Kapoor Ahuja is one of the most stylish divas of Bollywood whereas her husband, Anand Ahuja is the founder of the clothing label, Bhaane. On December 12, 2019, Bhaane completed seven years and the entire Kapoor khandan turned up to celebrate its anniversary in Bandra. Sonam and Anand always make sure to stand by each other and this time too it was no different. Dressed in a mustard yellow skirt and multi-coloured jacket, Sonam looked classy as usual. She also teamed her outfit with white heels. Her hubby, Anand complemented her in a brown jacket and black t-shirt with matching brown trousers.

Apart from Sonam and Anand, the entire Kapoor khandan attended the celebration. Anil Kapoor and Sunita Kapoor graced the occasion and twinned in black, Sanjay Kapoor was sported in a casual look donning a navy blue jacket with denim while his wife, Maheep Kapoor looked gorgeous in a white shirt and matching denim. Rhea Kapoor looked her best and turned up with beau, Karan Boolani. Others who attended the celebrations were Harsh Varrdhan Kapoor, Janhvi Kapoor, Bhavana Pandey and Seema Khan. (Also Read: Sharmila Tagore's Reply On Choosing Between Sara, Ibrahim, Taimur And Inaaya Is Every Grandma Ever)

In an interview with Vogue, Sonam had talked about her love story with Anand and had quipped, “He makes clothes—and I wear them!” She had further added, “He comes from a business background, so that’s alien to me. I’m the third generation in a film family. So there’s a lot to talk about, a lot to discover about each other, but we have a lot of similarities.” Sonam had also shared the qualities of her husband and had said, “He’s non-judgemental—with everybody. Very open-minded and progressive. I’m a little conservative and close-minded about a few things, and he’s taught me to see the other side, to look at things with a lot more compassion and care, to be a little more pragmatic and practical, as I can be very emotional and quick to judge sometimes, which is not nice”

Sonam Kapoor Ahuja and Anand S Ahuja are a perfect example of balancing a long-distance relationship and now marriage. In an interview with the Filmfare magazine, Anand had shared how their long-distance relationship works and had said, “When it comes to marriage, small things matter a lot. We eat meals together, even if we are in different time zones, on Skype. We also actively make sure that we don’t go over two weeks without seeing each other.” (Also Read: Sharmila Tagore Gives A Sweet Reply To Kareena's Question On Difference Between 'Beti' And 'Bahu')

We wish Sonam and Anand all the best for their future endeavours. 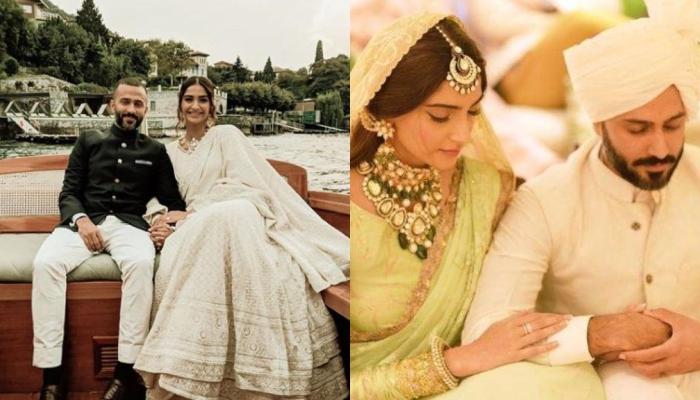 Every day phenomenal couple, Sonam Kapoor Ahuja and Anand S Ahuja are prime examples of modern-age couples, who know how to keep the spark in their relationship alive always. From their mushy couple pictures to their cute posts for each other, Sonam and Anand set major couple goals for the