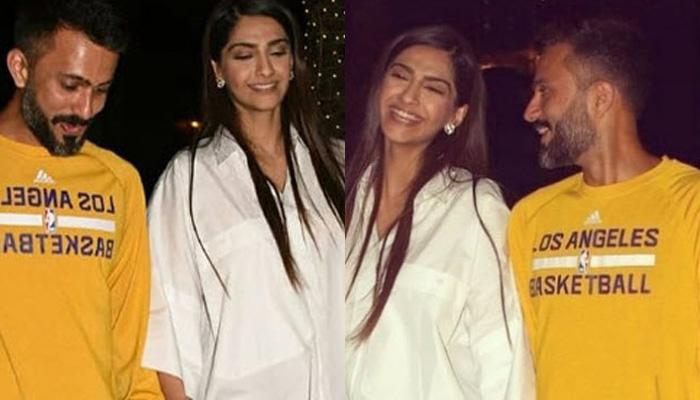 Famous Bollywood actress Sonam Kapoor tied the knot with her long-time beau and became Mrs Sonam Kapoor Ahuja. The lovebirds walked down the aisle hand-in-hand on May 8, 2018, in a grand starry affair, where almost every celeb from the tinsel town was present. It was the happiest moment for not only the lovebirds but for the Kapoors and Ahujas too, along with their lovely friends.Â (Also Check:Â Unseen Picture Of Taimur Ali Khan Busy Playing On A Tablet Is Like Every New Age Gadget Freak Kid)

The lovebirds got married in a Sikh-style wedding as per the norms and rituals followed in an Anand Karaj ceremony. Soon after their wedding, the professional peeps Sonam and Anand got back to their respective work commitments. And their honeymoon too had to wait because of this. But thank heavens, this super-busy yet much-in-love couple knows exactly how to maintain a balance. Sonam is back from her Cannes visit and the newly-weds are having the best time together. 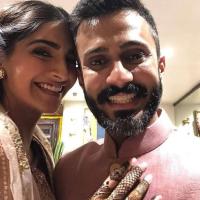 Sonam Kapoor Ahuja and Anand Ahuja were seen together hand in hand as they enjoyed their romantic dinner date at a plush restaurant. Sonam looked beautiful in a plain white oversized shirt teamed up with mehendi green leggings. On the other hand, Anand again rocked his casual look and he always does so as a pro. Here are the pictures of the lovebirds clicked outside their romantic dinner date restaurant: 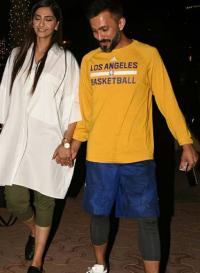 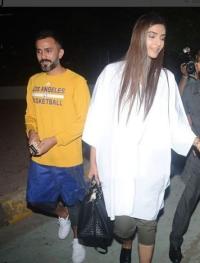 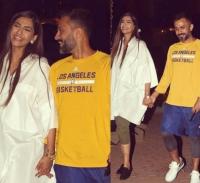 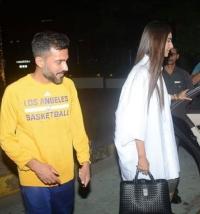 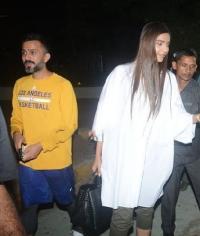 In a recent interaction with DNA after her wedding, Sonam was probed to tell if life has changed after marriage. TheÂ Veere Di Wedding actress was quoted as saying, â€œPeople are still asking me these questions, which is sad. I donâ€™t know if itâ€™s changed that much. I know that Kajol, Dimple Kapadia, Nargis, Nutan and Waheeda Rehman have continued with their career post marriage. In fact, Madhuri (Dixit-Nene) did Devdas after tying the knot. But itâ€™s still a long way to go. And we, as women, need to come together and be stronger. The choice shouldnâ€™t be taken away. I hope to set an example by coming straight out of my wedding and doing what I do best."Â (Also See:Â Hubby Angad Bedi Harshly Slams A Troll Who Wrote A Filthy Comment About Wifey Neha Dhupia) 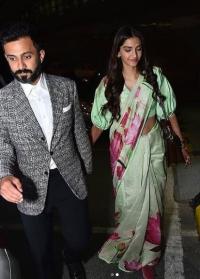 Giving a pleasant surprise to everyone and putting all the rumours to rest, both the families released an official statement of the wedding early in May 2018. The official statement could be read as, "The Kapoor and Ahuja families, take great joy and pride, in announcing the marriage of Sonam and Anand. The wedding will take place on the 8th of May in Mumbai. Since it is an intimate affair, we request you to respect the family's need for privacy. Thank you for all your blessings and love, as we celebrate this special moment in our lives."

Sonam Kapoor Ahuja and Anand Ahuja make a lovely couple together and fans adore them like no one else! For the first time ever, we are dealing with a virus that has no cure found yet. A lot of families have lost their precious ones due to COVID-19 outbreak across the world. However, in these gloomy times when we are forced to stay inside our homes and not meet