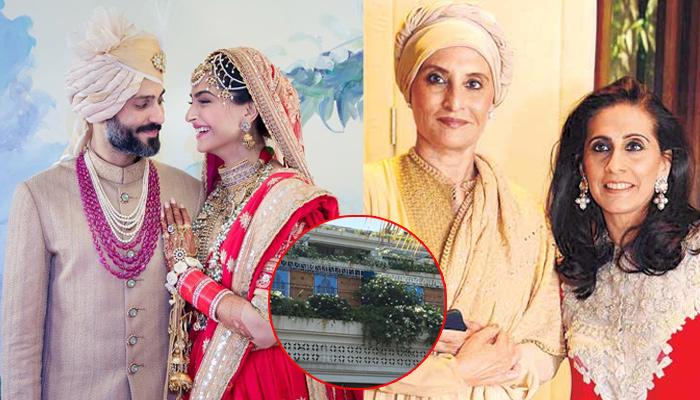 As much as Sonam K Ahuja denied her wedding rumours earlier this year (2018), prior to her marriage, the well-lit celebrations, comments pouring in from industry friends, wedding shopping and bytes from sources, provided a much talked-about hint (read confirmation) about her wedding. (Do Read: Priyanka Chopra-Nick Jonas And Sonam Kapoor-Anand Ahuja Enjoy Double Date On Poolside)

It was only on May 03, 2018, a week before Sonam and Anand’s wedding took place, did the Kapoors and Ahujas together issued a joint statement. Initially, Sonam was supposed to have a destination wedding in Switzerland with over 150 guests attending the wedding but the venue was changed to Mumbai at the last moment as the Kapoors were finding it difficult to accommodate the guests in Switzerland, apart from flying the senior members there. Hence, Sonam’s wedding took place at Sonam’s maasi, Kavita Singh’s luxurious heritage mansion in Bandra called Roackdale.

But in here, we have a sad news for all of you. Four months after the wedding, Sonam’s maternal aunt’s bungalow was looted of cash and other luxury commodities during the sleep-laden hours of September 20, 2018. Speaking about the robbery, a source shared with SpotboyE, “The family looked through the CCTV footage and figured out that on the night of Sep 20, a robber went up to the bungalows’ fourth floor, climbing with the help of window, when everyone including watchman and family members were fast asleep.” The source further added, “Next day it was found that valuables have been stolen which included mobile phones, cash etc. The case was immediately registered at Bandra Police station and investigation is still on.” (Also Read: Sonam Kapoor Wears 'Sasu Maa' Priya Ahuja's Gift At Isha Ambani's Engagement, She Felt Like Princess) 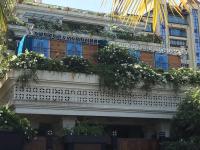 The same place which had pronounced Anand and Sonam as husband and wife, now stands robbed. During the time of the wedding and the finalisation of the venue, an insider of the Kapoors had revealed, “Yes, the initial plan was to have a destination wedding but it’s because of Sonam’s grandmother that they decided to change the venue and keep it somewhere close to their residence. Sonam’s grand mom can’t travel that far and the family obviously feels her presence is more important than the destination. The wedding will take place at Sonam’s maternal aunt, Kavita Singh’s Bandra heritage mansion.” In case you forgot how the insides of the bungalow looked, take a look here:

Speaking about changing the venue back then, a source close to the Kapoor khaandaan had stated, “It was becoming too cumbersome to manage the travel and living arrangements for approximately 150 members of the extended family and close friends of the Kapoor's as well as Anand's. It would have been difficult for the senior members of the extended family, who are expected to attend all the ceremonies, to fly to Switzerland”. (Checkout! Ranbir Invites Ex-GF Deepika, Her Boyfriend Ranveer And His Current Love Alia For A House Party)

At trying times like this, we hope that the robbers are nabbed at the earliest and things get back to normal soon.