Sonali Bendre was diagnosed with metastatic cancer last year. Since then she has been an inspiration for many cancer patients. She shared her struggles at a FICCI event in Jaipur. Deets inside!

Perhaps the deadliest disease in the world has taken over social media in an all-so inspiring manner. Confused? Well, cancer, which was considered a taboo until recently is being talked about and heard of on social media like never before. And the credit for shattering the stereotype goes to none other than many of our favourite Bollywood celebrities who were recently diagnosed with cancer. Sonali Bendre is one among such celebrities but her story is oh-so-inspiring and in every way gives us hope and strength to fight every battle of our lives. (Suggested Read: Raj Kundra Trolls Wife, Shilpa Shetty Kundra's Latest White Dress, She Gives Back A Hilarious Reply)

It was in 2018 when Sonali Bendre had shared with the world that she has been diagnosed with metastatic cancer. Soon, she started getting treated in a New York hospital and has since then, redefined the way we see our life and world. After having battled cancer with such courage and coming out of it almost-victorious, Sonali Bendre is being invited to various talks wherein she can talk about her battle and inspire other cancer-diagnosed people. Recently, Sonali Bendre was at a FICCI event in Jaipur and she talked in length about her life and how it has been since the time she learnt of her cancer. At the event, Sonali Bendre was being compared to yesteryear actress, Manisha Koirala. Commenting on the same, Sonali Bendre shared that she would never want to play the role of a cancer survivor in any movie (Manisha Koirala had played the role of Nargis Dutt in Sanju, and both were diagnosed with cancer in their lives). Sonali Bendre commented, “Manisha made a comeback when she was cancer free. I am not yet. My journey is a little different. I don’t think I would ever want to play the role of a cancer survivor and relive all those painful moments. There is so much to me than just being a cancer survivor. It is not a badge I want to wear and move around. The only reason I talk about it is that nobody discusses it. I am not a doctor or scientist. But if me coming out and discussing it is getting people to talk about it, then I think it’s my duty to talk about it instead of wallowing in self-pity.” 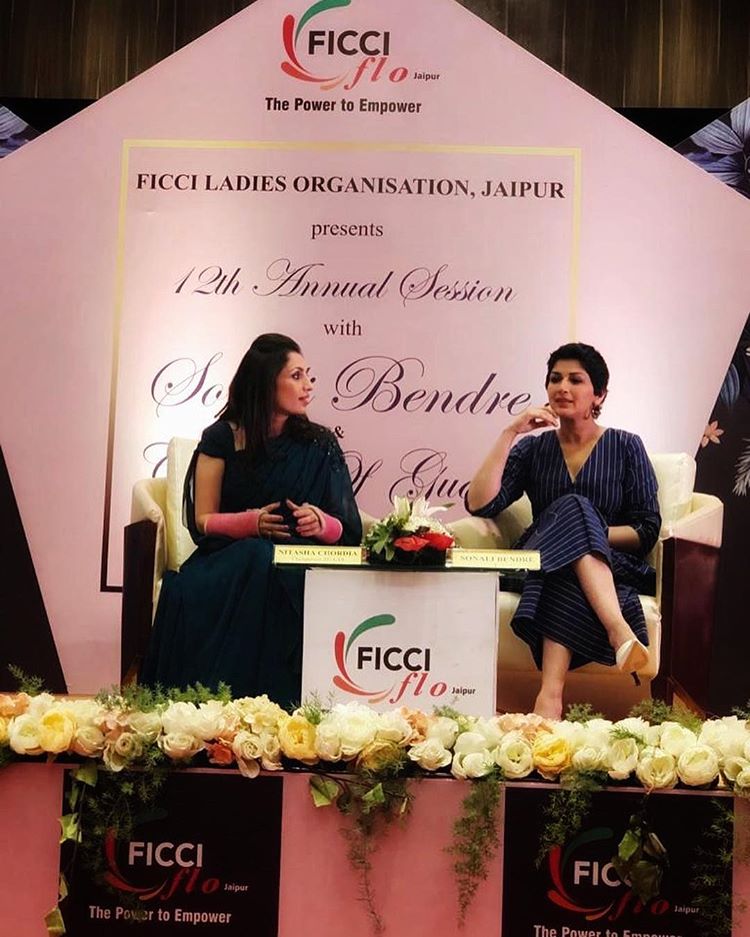 Sonali Bendre also shared at the event that losing her hair was the scariest part. She further added, “I have always had poker straight hair. I am hoping that these little twists that I am seeing how in my hair really last. And in this second round of life, I want slightly wavy hair so that my blow-dries are a little better. I am not looking for perfection anymore.” (You May Like: Arjun Kapoor Finally Comments On His Wedding With Malaika Arora, Says He Is In No Hurry) Sonali Bendre has been married to Goldie Behl since 2002 and they have a son named, Ranveer. Sharing how difficult it was to share the news of her cancer to their son, Sonali Bendre revealed, “Telling him about my cancer was both instinctive and selfish. Goldie and I felt that he is such an important part of the family and if something so huge is happening, he needed to be included in it. That was out instinct. The second thing was a very selfish motive. I didn’t know where I was heading. Whatever time was left, I wanted him with me. It was as simple as that.”

Sonali Bendre was recently the cover girl of Harper’s Bazaar magazine and in the interview, she had detailed out the horror of hair-cut. She had said, “When I shaved my hair, my friends asked me to keep it, maybe make my own wig out of it, but I wanted the old hair to go, it was not mine. I wanted to let go. I think I hid a lot under my long hair.” 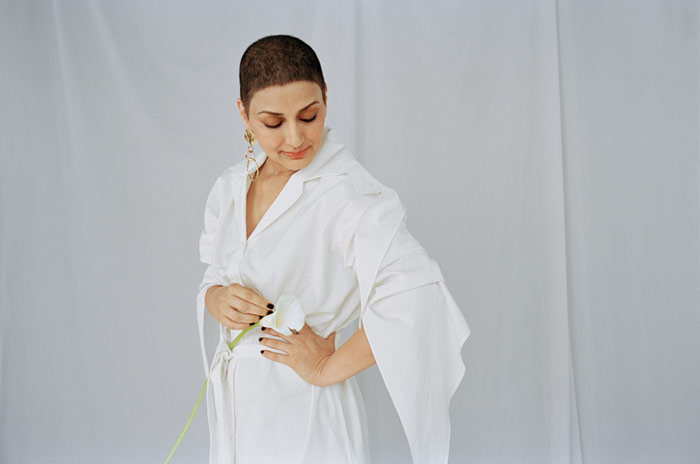 Sonali also took to her Instagram handle recently and shared a video of her embracing the new hair cut for the magazine’s cover shoot. She captioned the video as, “Took me a while to get used to having little hair. But once that set in, there was no looking back (literally!) It has been months since I’ve even needed a trim’. So, during the @bazaarindia shoot when @mickeycontractor said that I needed one, my first thought was, Really? Before I could react, he was all set armed with an eyebrow scissor, ready to go at it! I couldn’t stop smiling. Never thought I’d get a makeover of sorts like this, but I guess it’s #MyNewNormal. #SwitchOnTheSunshine #OneDayAtATime.”

Recently, on World Cancer Day on February 04, 2019, Sonali Bendre had shared with the Bombay Times that laughter and humour is the best way to deal with cancer. She had stated, “I think humour is the best way to deal with it. I laughed through it, I laughed with it. And I continue to laugh at it. There is no other way to deal with it. I think I will change my vocabulary. I remember that post-surgery, I would sometimes walk around the hospital with my chemotherapy IV in my hand, because I was bored of lying down. My friends have some funny videos of me doing all that stuff.” (Also Read: Khushi Kapoor Recalls When Overprotective Boney Kapoor Had Sent A Text To Her Friend To Check On Her) 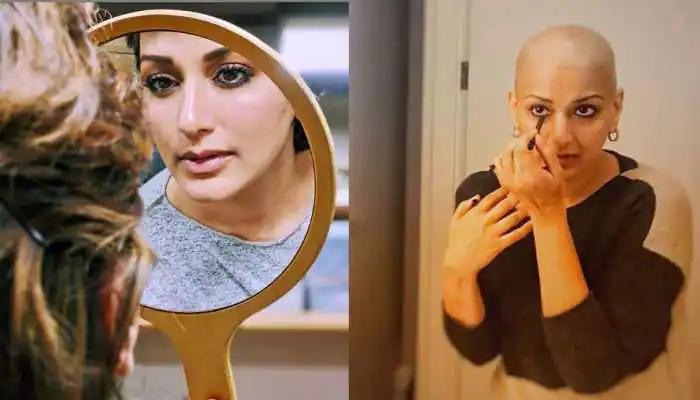 Bollywood actress, Sonali Bendre was one of the biggest stars in the 90s. She had made her Bollywood debut with the film, Aag. Over the years, she delighted the audiences with her excellent performances in films like Sarfarosh, Hum Saath Saath Hain, Diljale, Major Saab and many others. Sonali was a diva, and she managed to etch her place