It was a shock when Sonali Bendre threw a bomb on everyone by announcing her cancer news in July 2018. One moment the life looks so sorted, easy going and full of happiness and the other moment, everything gets scattered. When Sonali was detected with Stage IV metatastic cancer, exactly this would have happened. No one could believe the news and were in utter shock. People were just digesting the sudden demise of legendary actress, Sridevi who passed away in February 2018, and then this new came up. Ever since Sonali was detected of cancer, she has been an avid user of social media, spreading positivity all over and updating her fans about her health.

Now, in an interaction with Rajeev Masand, Sonali revealed a shocking detail about her Stage IV Metastatic Cancer that she was detected with. Yes, that’s exactly what you read! Revealing that she didn’t want to leave Mumbai and go to New York for the treatment but it was his husband, Goldie who insisted her. Sonali said, “It was my husband who dragged me there. I fought with him all the way like why are you doing this. We have doctors here, why are you taking me away. My life, my home in three days, we literally just packed and left. I don't know what is happening why are we going through this.” (You May Also Like: Taapsee Pannu Reveals One Thing Common Between Both Of Her Co-Stars, Amitabh And Abhishek Bachchan) 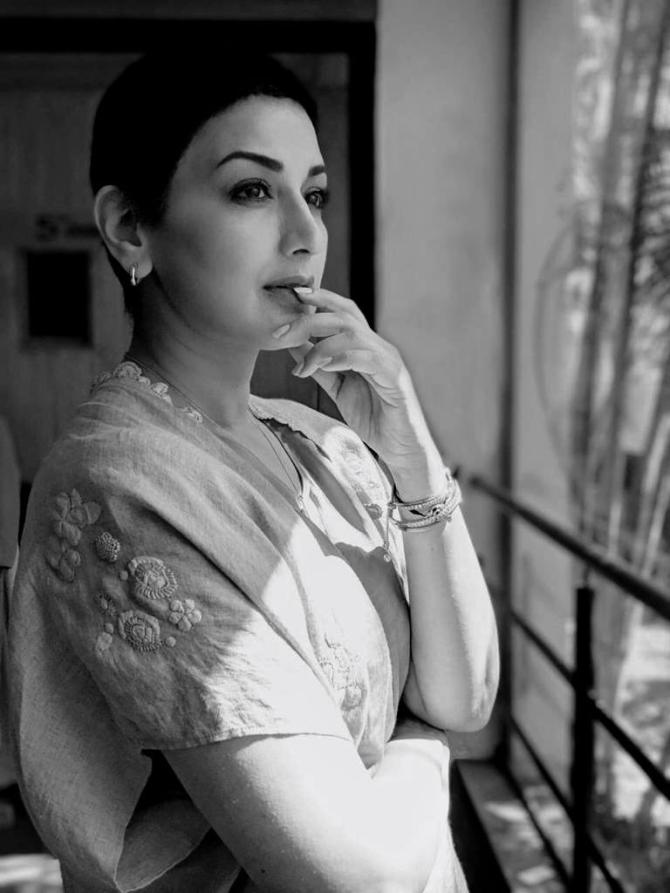 Adding further, Sonali went on to say, “But he was just quiet through the whole thing and just focussed. In the day, he was organising and in the night, because New York was awake, he was again organising. So, I got him to actually crib about the whole thing on the flight. Through the flight, I cribbed. I was venting.” Sonali also told Rajeev that she never wanted sympathy or empathy from her fans or anyone. Sonali retorted, “I absolutely did not want any pity or sympathy. They’re the worst, they bring you down. I hate those emotions. For me, social media was more like a coping mechanism. I just wanted to be in-charge of what was being said there. I didn’t want rumours, also because it affects my family”. (Also Read: Kareena Kapoor Khan Expresses Her Disappointment Over Fans Trolling Celebrities, Details Inside) 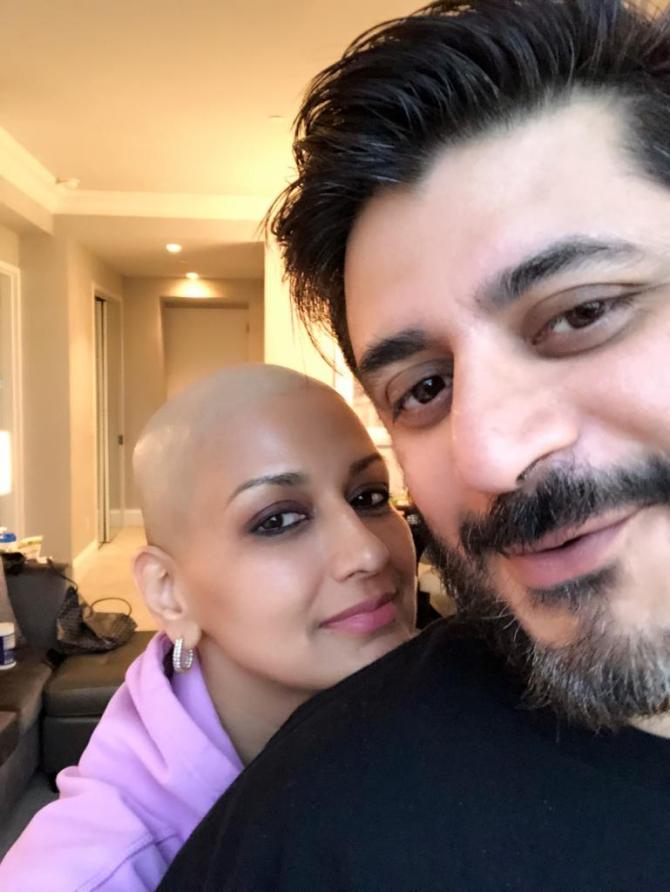 Then, Sonali shared how the procedure of the treatment took shape and how things went in New York. The Hum Sath Sath Hain actress stated, “Next day we go to the doctor and he looks at everything and we had sent all our tests and everything and he said it's the fourth stage and you have 30 per cent chance and I was like what.” She added, “That really hit me and I just turned to Goldie. I remember looking at him and saying thank god you got me here.” 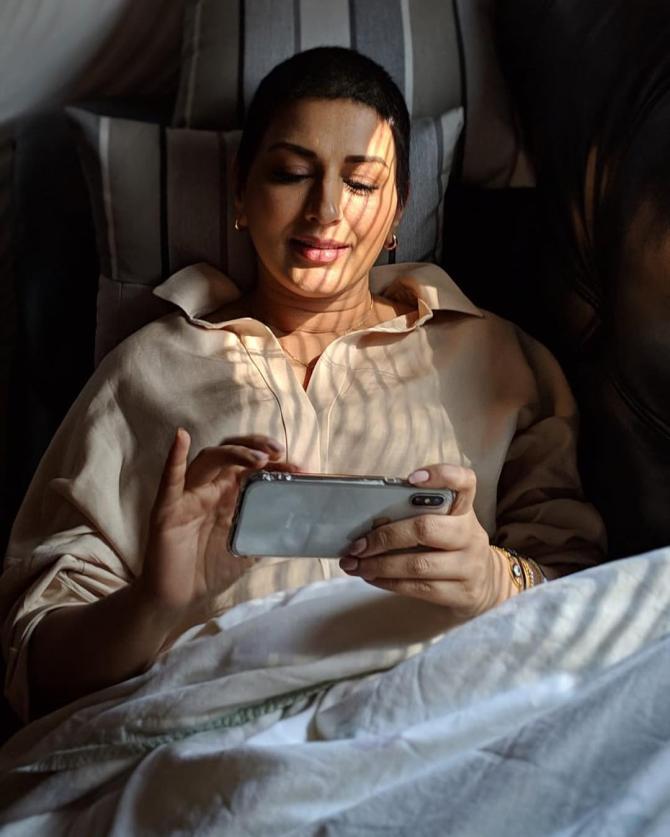 Talking about Goldie, she added, "Goldie just always said that I would rather tomorrow feel that I overreacted and overspent than underreacted and have that regret I should have done that. We were not told it was the fourth stage but Goldie had started reading up on it and he was suspecting and he was not sure. And that's why he said there's no chance taking." 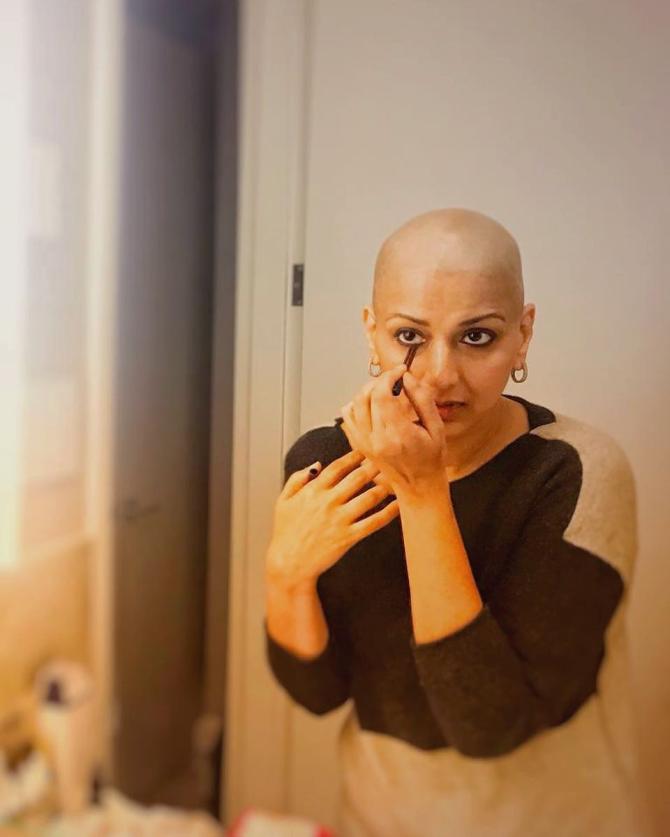 Further sharing about accepting the imperfections, Sonali admitted, “There are good days and bad days. I’m still getting used to the camera and the people. I take a little bit of time. But the policy now is to go ahead and do exactly the thing that you’re afraid of. I don’t want to gloss over it. You can’t be positive all the time, it’s not possible”. (Checkout: Mohena Kumari Reveals How She Deals With Her 'Royal' Family When They Ask To Avoid 'Certain' Clothes) 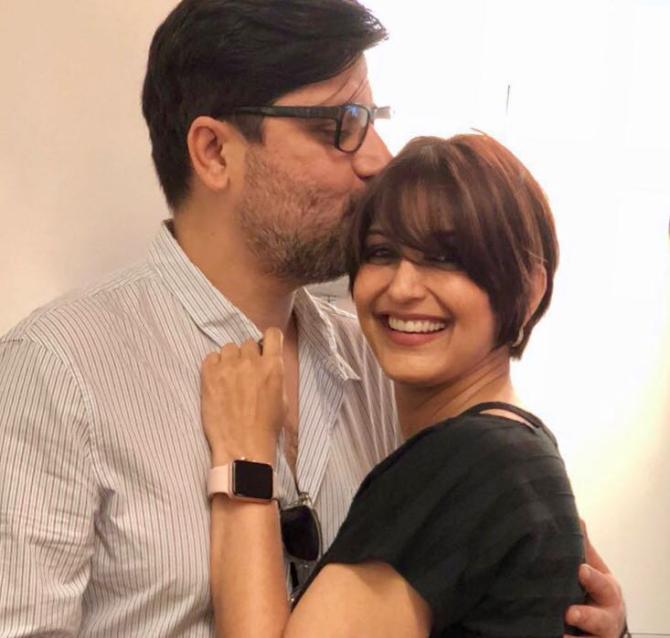 Recently, Sonali also spoke about her battle with cancer so far in an interview with Vogue. Not just this, she also talked about the love and support she got from her friends and family. Sonali had said, “My first thought was to hide it because it was a disease. I thought my ‘brand’ is over—all along I had been endorsing healthy eating and health-focused products, and suddenly it was all gone. It was only when my oncologist said that I had fourth-stage cancer and a 30 percent chance that my whole world view changed. Suddenly I didn’t see any reason not to talk about it. I had done nothing wrong; it was not my fault I had cancer, so why was I hiding it?”

And further added, “It’s unreal to remain positive all the time. There will be overcast days. I wanted to tell anyone who was feeling low that it’s okay to have negative emotions. We will feel high and low, and our job is to just try and prolong those highs.”

In the same interview, the actress opened up about her scars for the first time. Sonali was quoted as saying, “I have a more loving relationship with my body for what it has gone through. I started thanking it for what it was doing. How it was healing itself and taking me forward. I’m more comfortable with my body now and I don’t want to unnecessarily stress it or have unrealistic goals. I’m okay with some saggy, loose bits here, some cellulite there. I don’t find it ugly anymore. In fact, I find it beautiful and I don’t know when that shift happened.” (Do Check: Boman Irani Celebrates One-Month Birthday Of His Granddaughter, Proud Grandfather Reveals The Name)