The bond between siblings is magical, and an exactly similar bond is shared between cousins, Inaaya Naumi Kemmu and Taimur Ali Khan. Check out as Soha Ali Khan reveals some inside anecdotes! From being each other's rival to being each other's best friend and at times muse, a bond shared between siblings goes through a lot of phases. But one thing remains constant is the love, even when they are fighting like dogs and cats. While there are days when they swear with their highest pitch that they will not talk again, in the next moment, they will be sitting together and discussing life. Well, we all will agree that without siblings, our life would have been a black and white film. And an exactly similar relationship is shared between Bollywood's cutest star kids, Taimur Ali Khan and Inaaya Naumi Kemmu. (Recommend  Read: Priyanka Chopra Thanks The US For Giving Her Hubby, Nick Jonas And His Family Despite Racism Faced)

The sassy sibling duo, Taimur and Inaaya have often melted our hearts with their love for each other at such a tender age. We remember how excited Inaaya was seeing her brother last year in London and the way she had ran to hug him. While Kareena Kapoor Khan and Saif Ali Khan's son, Taimur Ali Khan is loved by millions, Inaaya Naumi Kemmu, daughter of Soha Ali Khan and Kunal Kemmu, also enjoys an immense fan base. 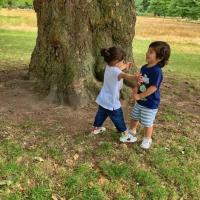 Recently, in an interview with the Bombay Times, Soha opened up on Inaaya's love for Taimur and how she tries to do everything which her brother does. She shared, "Inaaya listens to Taimur a lot, she tries to copy whatever he does and wants to be faster than him. As they say, when you have an older sibling, you try and learn faster." A couple of days ago, the family had a mini-reunion at home and Tim and Inni were dressed as Batman. Talking about the same, Soha stated, "Both Inaaya and Taimur wanted to be Batman, nobody wanted to be Robin." (Also Read: Sushmita Sen's Beau, Rohman Shawl Turns An In-house Plumber For His Lady Love Due To Mumbai Rains) 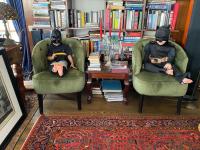 Soha further opened up on their family get-together and said, "We want Taimur and Inaaya to spend time with each other, they have to interact with kids their age. Inaaya is two-and-a-half years old and Taimur is just nine months older than her. Under normal circumstances, they would have been going to school and learning from their classmates. But, since that’s not possible, we decided to have a family reunion and luckily, we all stay close by.." 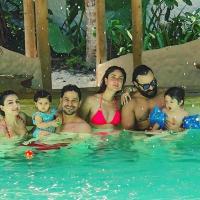 Earlier, in an interview with the IANS, Soha had shared a funny anecdote and had said, "Now, both are too small and innocent kids. Sometimes they play with each other and sometimes they don't give attention to each other, but I have seen that Taimur is very caring. Once Inaaya pulled Taimur's hair thrice, but he didn't say anything to her. I think somewhere he knows that this is family, so he tolerates her and they are learning from each other." (Don't Miss: Soha Shares An Unseen Picture From Her Parents, Mansoor Ali Khan And Sharmila Tagore's Reception)

Well, Taimur and Inaaya are the cutest brother-sister duo! 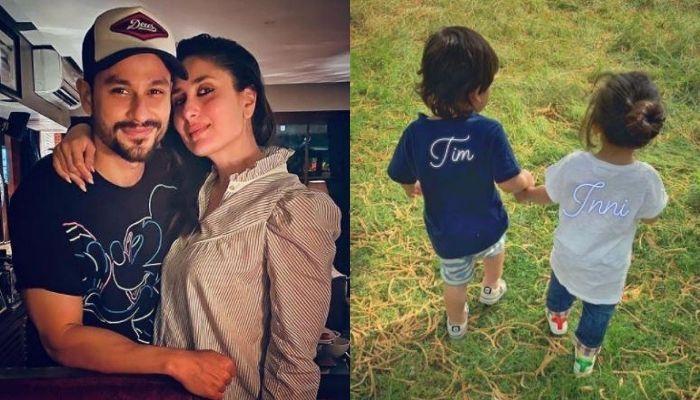