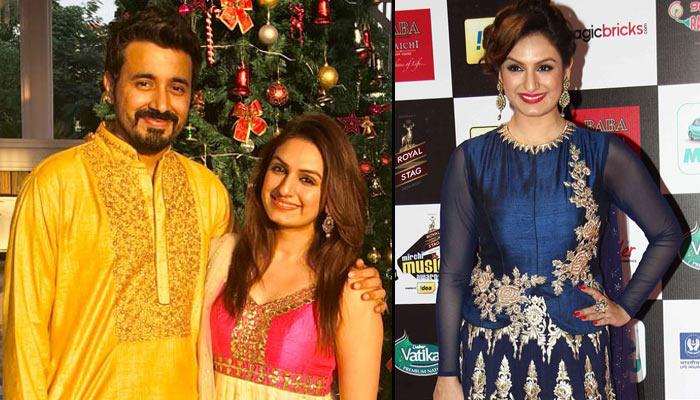 February, the month of love, seems to have begun on a good note. After our Indian cricketers like Irfan Pathan and Ravindra Jadeja, it is the turn of the very famous and talented singer Akriti Kakar to tie the knot. She is the voice behind hit numbers like Iski Uski from 2 States, and Saturday Saturday from Humpty Sharma Ki Dulhania, and her fiance and long-time beau, Chirag Arora is an ad film-maker. 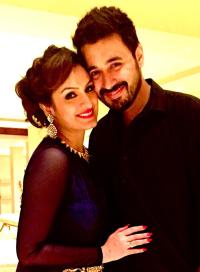 “It will be a traditional Punjabi wedding in Delhi, as both of us are from Delhi.” 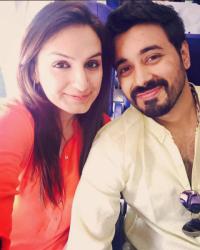 It will a typical big, fat Punjabi wedding for Akriti and Chirag. The celebrations will begin from March 3 with the shagun, chunni, engagement and sangeet ceremonies. March 4 will see the mehendi and bachelor’s night from Chirag’s side. March 5 will see the chooda and haldi ceremony in the morning, followed by the wedding and the reception in the evening. They will have another grand reception on March 6.

Chirag and Akriti met at a common friend’s party six years ago, and have been friends since. They decided to take their relationship to the next level some time back. When asked how Chirag proposed to Akriti, she said:

“He proposed to me on my birthday. He booked an entire place and filled it with red balloons. He recorded a cover version of ‘All Of Me’ by John Legend and the song played in the background as he proposed. I usually find romantic gestures too cheesy but this time, I loved it!” 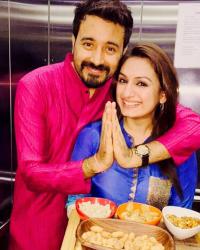 Talking further about their relationship, Akriti told a leading tabloid:

“It’s important to have matching wavelength with the person you want to spend the rest of your life with. Moreover, you cannot have someone who would be insecure about you. With Chirag that has never been the issue.” 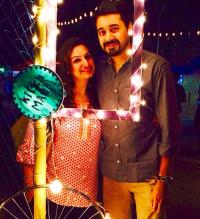 And, approval from their parents was never an issue, as Akriti said:

“My parents saw it coming because I have never lied to them about anything. So, they always knew that I was meeting him more often than anyone else. When it came to marriage, they accepted us happily and so did Chirag’s family. They are not from the fraternity but they completely understand my profession and support me.”

Recommended Read: 12 Loving Things You Must Do To Let Him Know That You Trust Him

The wedding cards have been made and distributed. Have a look at them below. 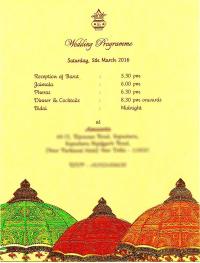 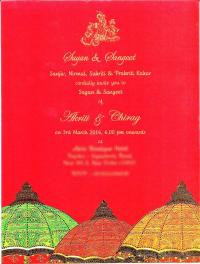 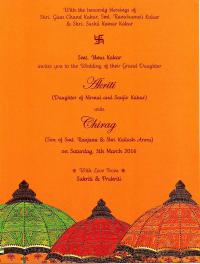 Do Read: 12 Most Amazing Tips You Will Ever Need To Create The Best Wedding Album Ever

And, her guests are in for a surprise at the wedding as she reveals her plans for it by saying:

“I will not just sing, but also make others sing at my wedding.”

Congratulations to this soon-to-be married couple, Akriti and Chirag. And for our readers, stay tuned with us to know all about their upcoming wedding.