Finding the love of your life, dating the person and falling in love all over again, marrying the same person and starting a family, this is the dream we all live for. The concept of an ideal love story that Bollywood has fed into our heads like anything and we blindly hope for this to come true one day. Lucky are those, who get to live a life like this, and amongst all those lucky fellows is daily soap, Kumkum Bhagya fame, Shikha Singh. (Also Read: Sana Khan's Mother's Happiness On 'Roza' Over Little Things Teaches Us To Enjoy Every Moment Of life)

TV actress, Shikha Singh is famous for the portrayal of 'Alaya' in the famous daily soap, Kumkum Bhagya. After dating for 4 years, Shikha had married her pilot-boyfriend-turned-husband and had decided to settle down on ‘forever’ with him. After four years of happy married life, the couple is ready to embrace parenthood and enter the new phase of their life. It was Shikha’s husband, Karan, who had announced the news of pregnancy on April 22, 2020. He had taken to his Instagram handle and had posted pictures of Shikha flaunting her baby bump. The pictures were captioned as "Us: Yayyy! Goku: Nooooo, peace gonna be ruined mannn! What did u do?" Here's one from the lot. 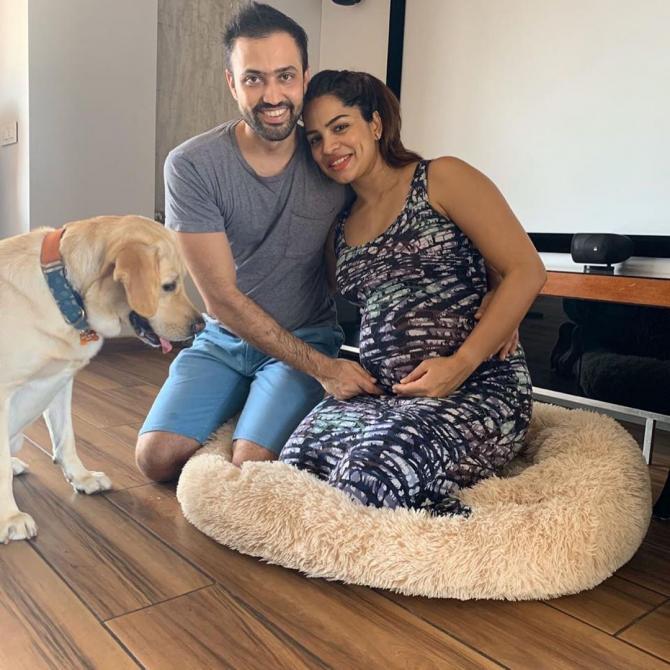 Amidst all the happiness the couple is dealing with and is ready to double in the month of June, the couple has another reason to celebrate the happiness. On May 2, 2020, Shikha and Karan have completed four years of their married life. Taking to her Instagram handle, Shikha shared an array of pictures with her husband and cake, and her hashtags spoke volume about their love story. She captioned the pictures as “You will always be My Forever #happy4thmylove #bestloverever #besthusbandever #bestfriendforever #bestlovecharger #bestestofeverything #iloveyousomuch” followed by a heart emoticon. Take a look at the pictures. 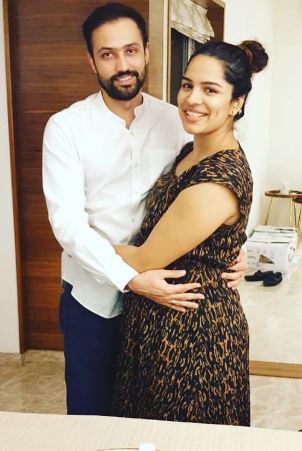 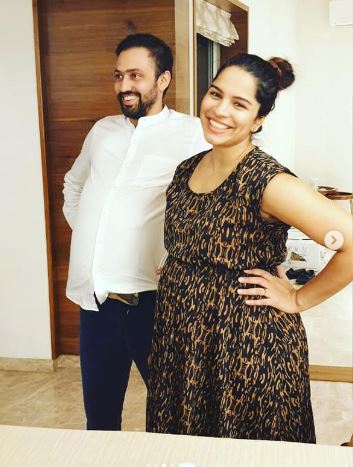 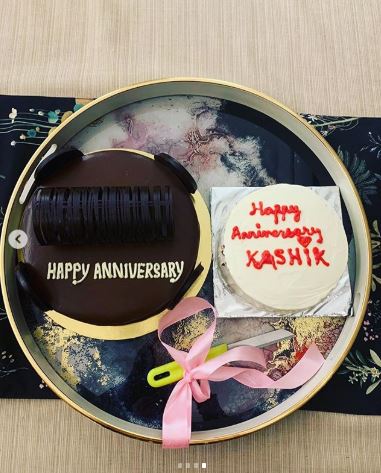 Talking about Shikha and Karan's love story, in an interview with India Today, the actress had shared how they met. She had said, "I met Karan in the gym one day when I was helping a friend with his workout. That's when I realised we stayed in the same building. The best part is, that he is not an industry person, he is a pilot. So, that's very important for me. Apart from that, we understand each other a lot, especially he understands my long working hours and is extremely calm and tolerant about it." 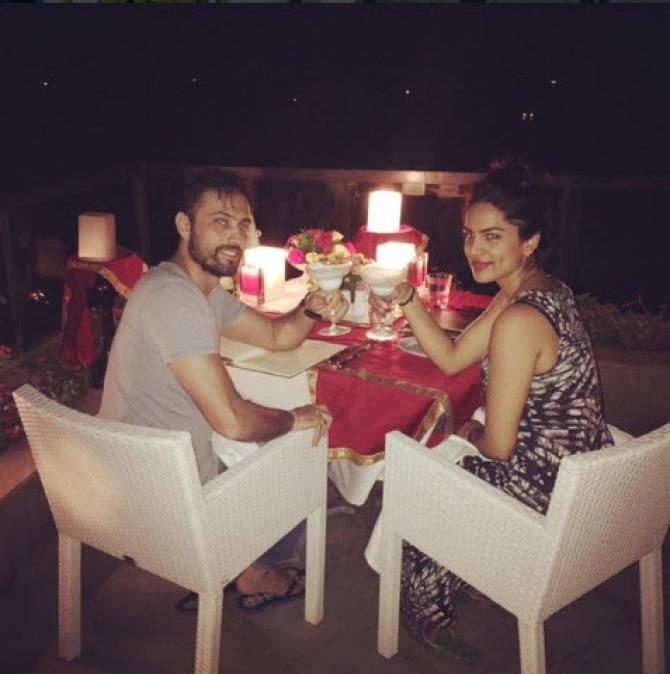 Coming back to the news of their pregnancy, post the announcement, in an interview with The Times of India, Shikha had opened up on embracing motherhood in the times of COVID-19. She had shared, "When Karan and I were planning to go the family way, nobody thought that Corona would come upon us. I had informed the production house that I would be taking a break due to my pregnancy around April, and the production house also agreed to it, but now with COVID19, I have been on a break since March. My husband is a pilot and because of the lockdown, he is at home, otherwise, he would have been travelling. Currently, we are doing all the household chores by ourselves. My husband is a technology expert and has bought me a robot-like sweeping and mopping machine, which sweeps and cleans the floor completely on its own." (Recommended Read: Rithvik Dhanjani Celebrates His Mother's Birthday, Gives Her A Warm Kiss, Pens An Important Message) 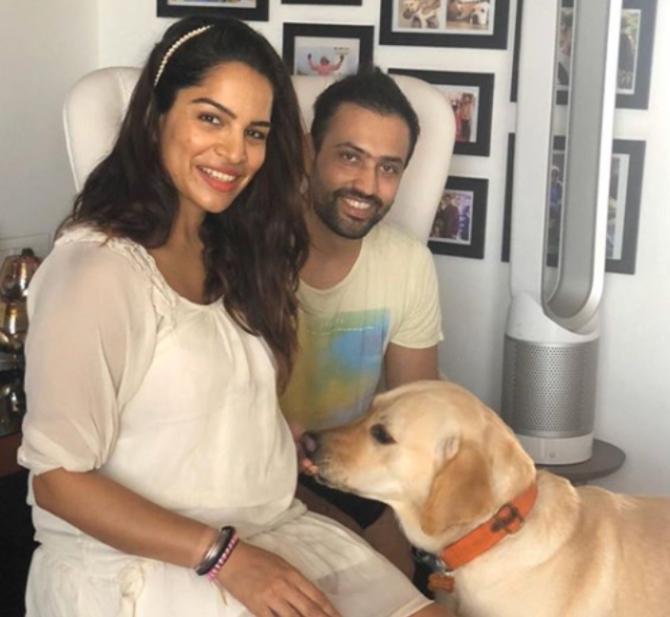 In another interview with the SpotboyE, when Shikha was asked if she prefers a boy or a girl, she had replied, "If the baby is healthy, the gender doesn't matter for me and my husband. I know girls have their own charm and boys also have their own adorability. But we are waiting for a healthy one. We are just praying that life should get normal before the baby’s arrival so that we can enjoy our parenthood right from the word 'Go'." 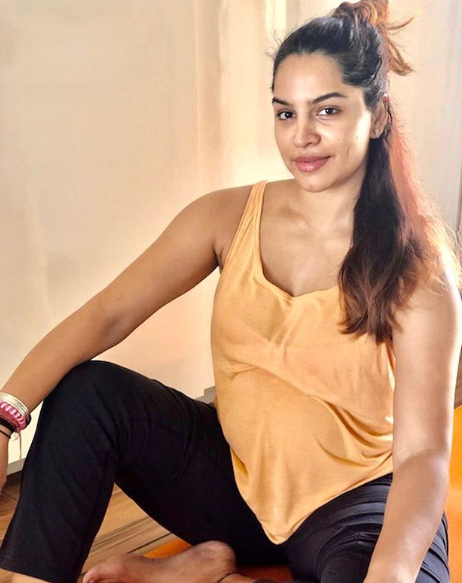 The actress was also asked if they've thought of names for the baby. To which she had said, "Nope, because we don't know whether it’ll be a girl or a boy. Also, Karan's family believes in astrology; so after my delivery, the raashi and all will be seen post which on the basis of the first letter proposed, we will finalise the name." (Don't Miss: Deepika Singh Wishes Hubby Rohit Raj On 6th Anniversary With A Wedding Picture And Celebration Video) 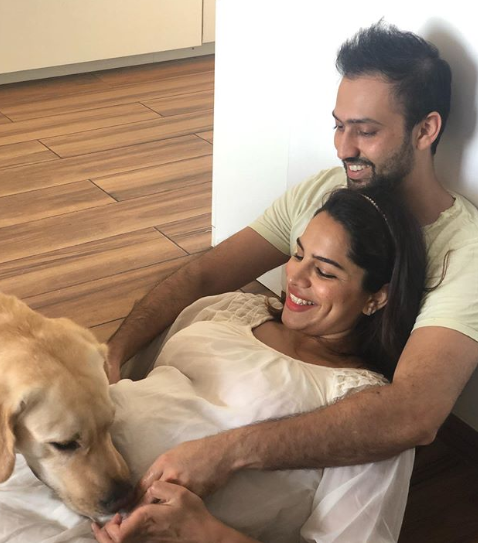 Happy anniversary to Shikha and Karan!