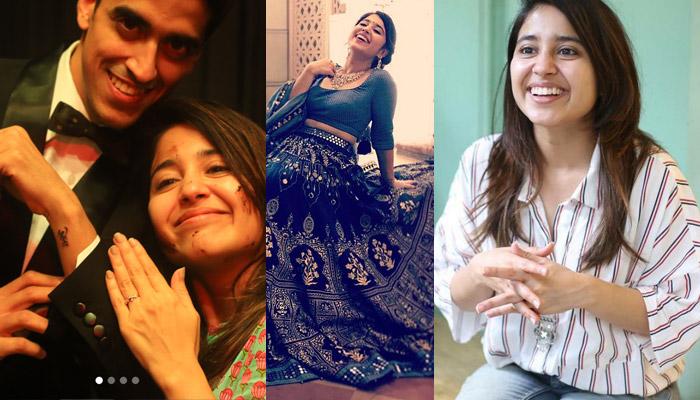 Bollywood actress, Shweta Tripathi who rose to fame with her acting in the 2015 film, Masaan is on cloud nine these days. She got engaged to her actor-rapper boyfriend of five years, Chaitnya Sharma, in April. And now, Shweta Tripathi and Chaitnya Sharma are all set to get married on June 29, 2018. (Also Read: Dipika Kakar Celebrated Shoaib Ibrahim's First Birthday Post-Marriage [Pics And Videos Inside])

In an interview with the Mumbai Mirror, Shweta admits that she had butterflies inside her stomach a week ago but now that all preparations have been done, she is relaxed. Shewta says, “Jo hoga dekha jayega”. 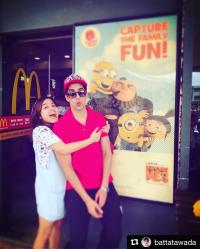 Chaitnya says, “We want our guests to have a really good time so there will be a mehendi, followed by a party on June 27 for colleagues and friends who won’t be able to make it to Goa. The wedding will lead to a pool and pyjama party on June 30”.

The couple won’t have a sangeet or reception as too many of their friends have gotten married recently and they are sort of bored of the usual rituals. Shweta further adds, “We have a team handling the prep but I keep video-chatting with my parents who live in Delhi about bindis, bangles and the colours of our clothes”. (Suggested Read: Raghu Ram Is All Set To Take His Relationship With Girlfriend Natalie Di Luccio To The 'Next Level') 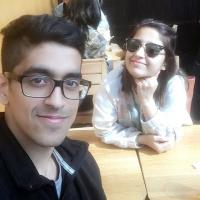 Revealing their outfits for various wedding functions, Shweta says that she will be wearing a Sonam and Paras Modi-designed sharara for her mehendi. For her D-day, a beautiful lehenga has been designed by Shubhika Davda and she will wear a floor-length, Rebecca Dewan dress for the fun-filled pool party. Cheeta (as Shweta affectionately calls Chaitnya) would be wearing a Shantanu and Nikhil outfit for the party on June 27 and a sherwani designed by Kunal Rawal for his dulha avatar.

Shweta and Chaitnya first met while doing a play. And en route their home on a flight hit the cord with discovering their common passion, diving. Shweta reveals, “Films are also a big part of our lives and we’re also fond of travelling, music and food, with biryani being our most favourite on cheat days”. 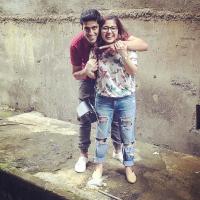 Talking about her August honeymoon, Shweta retorts, “One of our closest friends got married last year and we joined them on the last leg of their honeymoon in Madrid where we saw a Madrid vs Barcelona football match. So, we plan to end our honeymoon with a football match in Manchester”.

Shweta also confidently adds that her life won’t change even after marriage as her partner, Chaitnya is very supportive. She says, “I always wanted to be an actor and I won’t put an expiry date on that dream just because I am getting married. Your life can change after marriage, but your identity shouldn’t”. (Don't Miss: Narayani Shastri Talks About Her Equation With Ex-Boyfriend, Gaurav Chopra's Wife On 'JuzzBaatt') 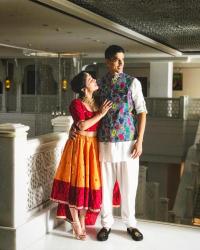 In an earlier interview with the Mid-Day, Shweta revealed everything about the wedding preparations. She was quoted as saying, “I was sure of the names I wanted to be associated with my wedding. I knew, well in advance, who would handle the decor, photography, and attires. We have Devika Narain (who also designed Anushka Sharma and Virat Kohli's wedding ceremonies) taking care of the decor. Stories by Joseph Radhik will be doing the photography, and Chai Productions is looking into the videos”.

She further revealed, “The secret of our chemistry is that we became one another's favourite person. We became best friends, and are now hopelessly in love. Getting married to him is my dream. So this wedding has to be the dream wedding”. 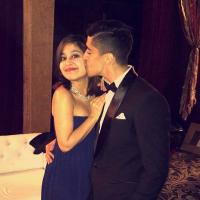 We can’t wait for Shweta Tripathi and Chaitnya Sharma’s dream wedding. Stay tuned in here if you wish to catch a glimpse of their wedding on June 29, 2018.