Shweta Tiwari dotes on her kids, Palak Tiwari and Reyansh Kohli. On February 27, 2020, Shweta shared some breathtaking pictures of herself with her daughter, Palak from a family wedding. Motherhood is the most beautiful phase of a woman’s life and it changes her completely. A mother starts thinking about her children’s requirements before her own needs. She completely devotes her time and attention for the betterment of her kids and makes sure to be with them throughout their good and bad phases. She is the emotional anchor of our life and a day without her is unimaginable. A similar relationship is shared between Shweta Tiwari with her kids, Palak Tiwari and Reyansh Kohli. (Also Read: Konkona Sen and Ranvir Shorey Officially Files For Divorce After Living Separately For Last 5 Years)

Still known as ‘Prerna’ from her superhit serial, Kasautii Zindagii Kay, Shweta has won million hearts with her enchanting smile. She is riding high on her professional front as she had made a comeback in the television industry with the serial, Mere Dad Ki Dhulhan after a sabbatical of three years. Apart from her professional life, Shweta’s controversial personal life too had never failed to grab the headlines. From facing physical abuse from her first husband, Raja Chaudhary to her troubled second marriage with actor, Abhinav Kohli, Shweta had faced it all. She is blessed with two adorable children, Palak Tiwari (from her first marriage) and Reyansh Kohli (from her second marriage). 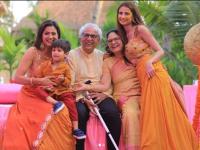 We have always seen Shweta posting adorable pictures with her little ones. Be it a family function or their casual strolls, Shweta always gives us a sneak peek into her personal life and February 27 was no different. Shweta took to her Instagram handle and shared breathtaking pictures of herself with her daughter, Palak Tiwari from a family wedding. Shweta looked gorgeous in a baby pink-coloured gown and on the other hand, her daughter, Palak complemented her mother in a peach-coloured gown. The mother-daughter duo looked stunning as they twinned in pastel hues. On Shweta’s pictures, her best friend and co-actor, Karanvir Bohra commented, “Liked mommy like daughter.”

On February 6, 2020, Shweta had taken to her Instagram handle and had shared a picture of her ethereal girl, Palak Tiwari from one of their casual outings. The mother-daughter duo had looked adorable as they twinned in black. Along with the picture, Shweta had written, “Nothing but Sandy Skin and Summer Smiles! #etherealgirl @palaktiwarii” followed by a heart emoticon.” (Also Read: Udit Narayan Suggested His Son, Aditya Narayan To Marry Neha Kakkar Amidst Fake Wedding Rumours) 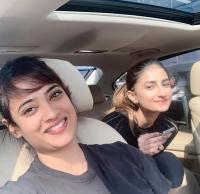 In an interview with Pinkvilla, Shweta had revealed that she does not understand the concept of online dating. When asked whether she would support her daughter, Palak to go for online dating and pat comes the reply from the doting mother. She had said, “I would suggest my daughter if she ever wants to go on online date, I feel don't do it. But if they want to go, she has to be very cautious and careful.” Shweta had also revealed that although some of her friends have met each other through dating apps and are happy with each other for her, it is an alienated concept. 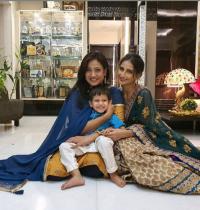 Shweta's daughter, Palak Tiwari shares a very warm bond with her half-brother, Reyansh. Sometime back, Palak had taken to Instagram and had penned a heartfelt letter for her half-sibling whom she deeply adores. Her letter had begun as a salutation to her brother, “Dear Reyansh” and had continued, “I can't tell you how immensely lucky you got with your parents, your mother, our mother. Being your senior by 16 years in this matter I can assure you that this lady here will do everything humanly possible just to give you a scintilla of happiness. As the years will pass, you will take this day to acknowledge her as well.” 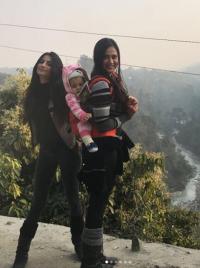 Palak Tiwari’s letter had concluded with, “Her, who every single day, deals with you and your true imbecile of a sister. As of now, I give her a million reasons to disown me but it's her innate desire to keep pushing me until I, someday, hopefully, become 1/100 of her pristine soul and samaritan self. See, there will be times, inevitably, when you won't agree with her when you'll think she's really not aware of what she's doing (trust me, I’ve been there) but she will always be right. You need to cherish her because someone capable of giving such an extensive amount of love, deserves nothing less. Here's to you mom, I love you so much @shweta.tiwari.” (Also Read: Nick Jonas Gives A Cool Reply On His 10 Year Age Difference With Wife, Priyanka Chopra Jonas)

What do you think about the beautiful pictures of Shweta and Palak? Keep us posted. 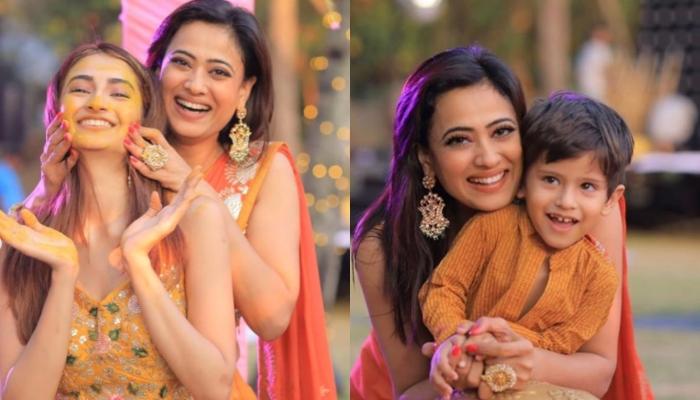 Shweta Tiwari had become a household name after her stint as 'Prerna' in Kasauti Zindagi Kay. After her failed marriage with Bhojpuri actor, Raja Chaudhary, Shweta Tiwari had given marriage another chance and had married actor, Abhinav Kohli. For a while everything in Shweta's life had seemed to be settled, but