Shweta Tiwari took to her Instagram stories and posted a cryptic message after her husband, Abhinav Kohli leaked the screenshot of their conversation. Check out the post inside!

Shweta Tiwari had gained immense popularity in the television world by her portrayal of a strong woman, 'Prerna' in Kasautii Zindagi Kay. While she was busy entertaining her fans, her personal life had gone into turmoil. But the strong woman that she is, she had tried her best to keep up with her abusive husband, Raja Chaudhary. But when nothing had worked out, she had called it quits with him. On July 13, 2013, Shweta had given marriage another chance and had tied the knot with actor, Abhinav Kohli. In 2019, rumour mills were abuzz about trouble in Shweta and Abhinav’s paradise, and Shweta had filed domestic violence against him. (Recommended Read: Juhi Parmar Throws A Surprise Party On Her Parents' Wedding Anniversary With Daughter, Samairra)

After denying the news of their separation and claiming they're still living together, Shweta Tiwari's estranged husband, Abhinav Kohli had shared a screenshot of a conversation between him and his wife, Shweta. In the screenshot, Shweta’s name has been saved as ‘Mrs. Cuddles Kohli’ and the conversation was around the daily discussions of a husband and wife. Abhinav had captioned the screenshot as “This is our conversation on the 12th April 2020. Lavu/Lovu is Palak Tiwari. I am a victim of victim card.” FYI, Shweta Tiwari had denied any such claims made by her husband, Abhinav Kohli.

Amidst all the speculations and chaos, Shweta Tiwari posted a cryptic message on her Instagram stories which has tangled the whole story even more. She took to her Instagram stories on June 13, 2020, and shared some lines of a book on her kindle, which can be read as "As long as the people who matter most know the truth, I don't care about the rest, get some sleep." We're yet to receive an official statement from Shweta on this turmoil. Check out the screengrab of her Instagram story below:

Talking about Abhinav's side, he had opened up about rumours of domestic violence case filed against him in a conversation with ETimes, and had said, "I totally stand by what I said. 11th August 2019 ko joh case file hua tha woh Shweta ne nahi file kiya tha and nor has she filed any complaint ever against me. So whatever our complaint is, the DCP of our zone has made a video and is on the internet."

Amidst speculations of trouble in the paradise of Shweta Tiwari and Abhinav Kohli, the whole story of speculations and blame game had started on June 11, 2020, when according to the reports by TellyChakkar, Abhinav had denied the separation rumours and had confirmed that they are living together. Although Shweta had instantly denied his claims as soon as she got to know about them. In an interview with SpotboyE, Shweta had said, "Aaj kal koi kuch bhi bol de, woh chapp jaata hai. And this shows the capacity of lying." Later, when SpotboyE had contacted Abhinav, he had refused to talk and had said that he doesn't want to comment on anything. (Also Read: Geeta Phogat Twins With Hubby, Pawan And Son, Arjun Saroha As They Celebrate Her Brother's Birthday)

Not only this, but Abhinav Kohli had also shared Shweta's daughter from her first marriage, Palak Tiwari's Instagram post screenshot, which she had deleted later. In her post, she had stated that her step-father, Abhinav has never physically molested her or touched her inappropriately. But she had deleted it later, but Abhinav had saved and had shared the screenshots of the same and had written, "Lovu why would you delete this post from your Instagram?" Check out the post below. (You May Also Like: Jasmin Bhasin Shares A Home Workout Video, Her Rumoured Beau, Aly Goni's Comment Is Unmissable)

Well, we're waiting for Shweta Tiwari's official statement on all this ruckus! 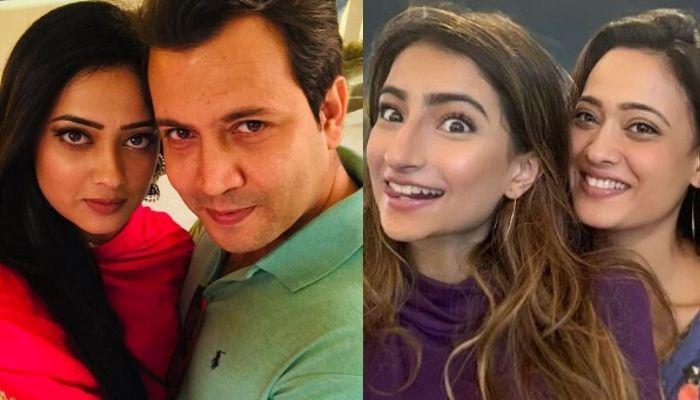 Shweta Tiwari is a household name now and needs no introduction. It is often said that it is hard to have a great personal and professional life together, and Shweta seems to be a great example of it. Shweta has a great professional graph, however, her personal life has always