'Shararat-Thoda Jaadu, Thodi Nazaakat' fame actress, Shruti Seth is married to Danish Aslam, and together, they have a baby girl, Alina Aslam. Now, the little one is compared to baby Alia Bhatt!

Whether it was her amazing performance as Jiya in Shararat – Thoda Jaadu, Thodi Nazaakat, which happens to be an Indian fantasy sitcom which aired on Star Plus channel from 2003 to 2007 or her flawless stint as an aspiring politician in Ranbir Kapoor starrer, Rajneeti, Shruti Seth is one of the most talented actresses that the television and Bollywood boasts of. Not just her acting talent, but Shruti has also been a very presentable TV host. And Shruti is now all set to entertain everyone in ALTBalaji's upcoming web series titled Mentalhood.

Her professional life is quite sorted and so is her personal life. Shruti Seth is married to filmmaker Danish Aslam, and they are parents to a 5-year-old baby girl, Alina Aslam. Shruti is an ardent social media user and she keeps updating her fans about her whereabouts every now and then. Topping it all, are her stunning and lovable pictures that she posts with her darling angel, Alina. (You May Also Like: Parth Samthaan Took Care Of Erica Fernandes When She Fell Sick On The Sets Of Kasautii Zindagii Kay)

Inaaya Naumi Kemmu Goes Out For A Walk With Her Daddy, Kunal Kemmu And Their Pooch 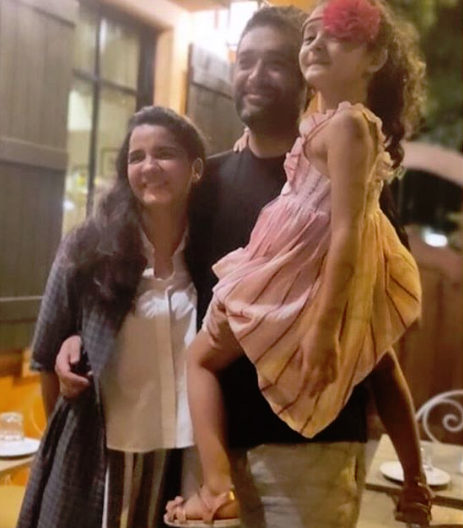 Just like that, one of her latest posts with her daughter, Alina grabbed all the attention. In the picture, both the beauties can be seen sporting their swimwear, and looking mesmerising. Sharing the below picture, Shruti captioned her post as, “Strike a pose. Clearly, I missed the cue. [camera emoji]: @dontpanic79 #familyswimday #waterbaby #mommyanddaughter #growinguptoofast #shruphotodiary.” Here's the picture that we are talking about: While everyone in the industry was ‘aww-ing’ over the overflowing cuteness in one frame and the way Alina was posing, fans, on the other hand, find Alina resembling Alia Bhatt a lot. Yes, many fans started commenting her cuteness factor and features are as that of Alia Bhatt. While Karanvir Bohra wrote, “Awwwww!" Roshini Chopra commented, "Way too much cuteness for one frame! Love", Sandhya Mridul commented, "Ohmygod look at her pose bleddy.” Also, Shweta Salve chose to write, "Ufffff you Heartbreakers????" and Mini Mathur wrote, "Sooooooooo cuuuuuuute". Here are the screenshots of celeb’s comments: 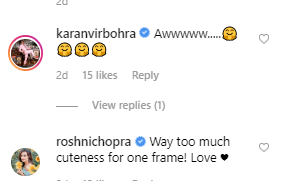 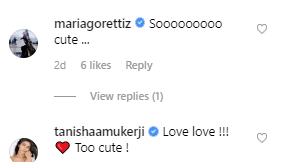 On the other hand, a fan has commented, “Ur princess looks like little Alia Bhatt .... she is really adorable (ur DD).” Another one wrote, “She looks like tiny Alia Bhatt.” Other user commented, “Is it me or the kidoo resembles Alia so much.” While a fan wrote, “Look like Little Alia Bhatt.” Here is a collage of Alina (left) and Alia's (right) picture, along with the screenshots of the comments of the fans: 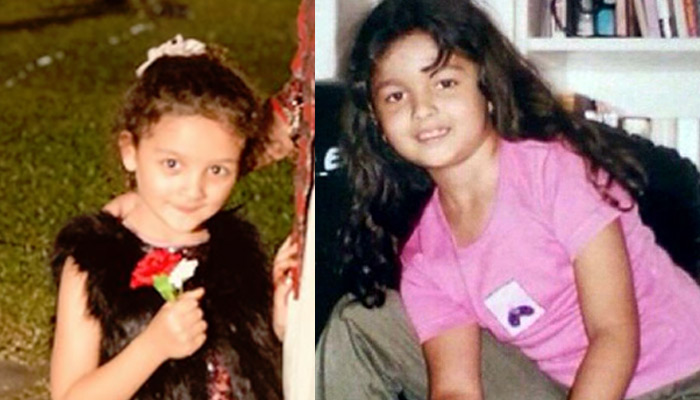 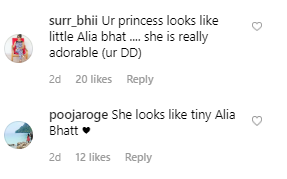 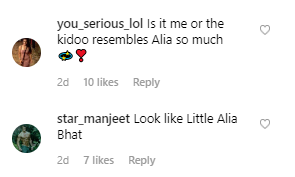 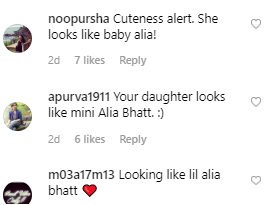 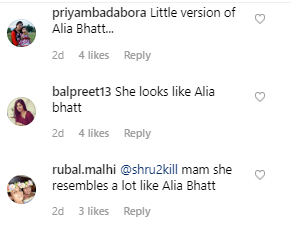 At the India Kids Fashion Week 2018, the actress had walked the ramp as a showstopper, at an event where BIBA Girls, a dedicated range of ethnic wear for young girls aged between 2 and 12 years, showcased their then-newest festive collection. Talking about the same, she was quoted as saying, "It's always fun walking the ramp and being in the spotlight especially being surrounded by the tiny fashionistas. To see the kids and their infectious energy is heart-warming. It did feel like any fashion show, just as manic and chaotic backstage but once you are on the stage, everything looks perfect.” (Also Read: Deepika Padukone Posts Her First Cannes 2019 Look, Ranveer Singh Calls Her 'Elegance Ki Moorat') 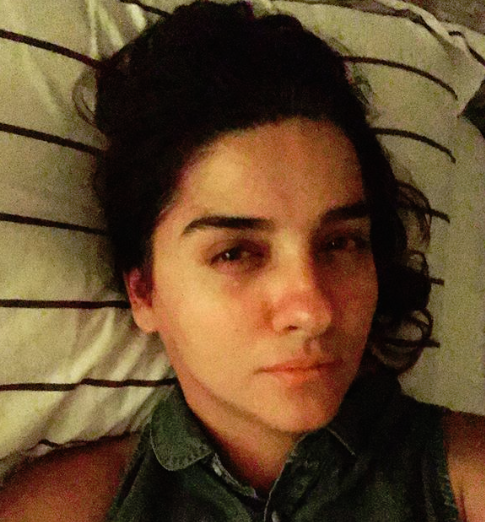 The actress who mostly prefers to flaunt western looks had also gone on to talk about fashion from her point of view. Shruti had retorted, "I've always believed in having my own signature fashion style when it comes to putting a look together.” (Do Check: Chhavi Mittal Shares How She Is Handling Her Work And The Pain Of Delivering Her Baby Boy, Arham) 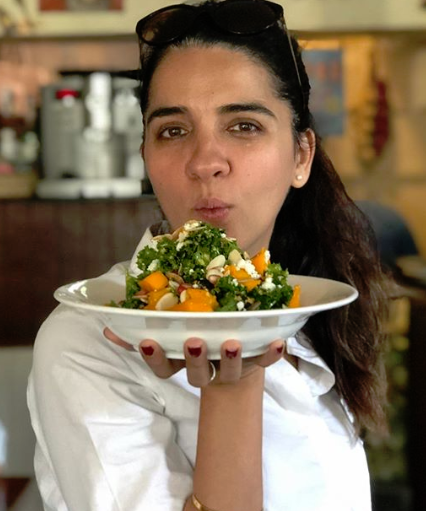 Talking about her role in Rajneeti, when she was asked if it had opened avenues for her, she had remarked, "Not really”. And had further gone on to share, "I received much praise for my performance in the movie but got instantly stereotyped into similar roles which didn't excite me much." 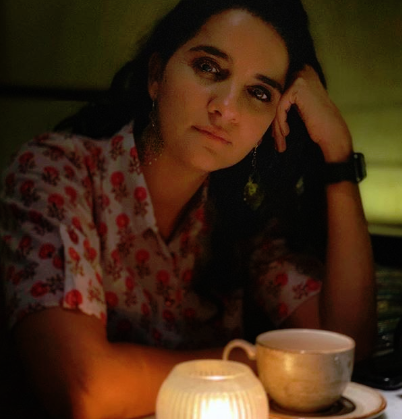 After so many years, the entire Shararat team reunited on September 9, 2018, at the show’s actors, Simple Kaul and Aditte Malik’s eatery join named, 1BHK. Sharing the below picture from the reunion bash, Simple had captioned the post as, “It was such an emotional moment today with my shararat cast together for the first time in our 1bhk . What fun ! So many years and we still love each other so much @shru2kill@karanvirbohra @harshvasishth Faridaji @bombaysunshine @dontpanic79@twinbabydiaries so lovely to have you all in our place @1bhkmumbai . Had been planning this getogether for so long and finally it only got made when we didn’t plan . Just did it #shararat#friendsforever Thanku @rishabdahiya for the pictures and coming in at the last minute.”

And Shruti had then reposted these pictures with the captions that could be read as, “Shararat season 2 ? In some parallel universe Jiya and Dhruv have children together. What a journey this has been. The best kind of work mates that became more than family. So fortunate I had the chance to be a part of this legacy. Love you guys @harshvasishth @karanvirbohra@simplekaul @additemalik  May this relationship continue forever. #shararatforever #shararatfamily#friendslikefamily #costars #starplus#disney #jiya #dhruv #shruphotodiary.” (Don't Miss: Mira Rajput Kapoor Hires Taimur Ali Khan's Nanny For Son, Zain Kapoor? This Is How Trolls Reacted) Karanvir Bohra, too, shared a few photos on Instagram and along with them had written, “Some equations are beyond explanations. Love you so much my #jia @shru2kill . Also done faces are beyond repair.... but i still love you shru.”

What a lovely picture of this mother-daughter duo! Do you guys also think that Alina resembles Alia? Do keep us posted!

Inaaya Naumi Kemmu Goes Out For A Walk With Her Daddy, Kunal Kemmu And Their Pooch