Television couple, Shoaib Ibrahim and Dipika Kakar never fail to give us 'couple goals'. Check out to know how the doting husband took care of his wifey during periods!

Every girl wants a man, who understands her and values her. Someone, who will take care of her when she is down (literally). Uhmm, you know what we mean? Lucky are the ones, who get blessed with a man that understands her 'period problem'. He knows how to shower love on you in your moody phase. When you are not at your best and the stomach cramps make your day even worse. And television actress, Dipika Kakar is one of the few, who is blessed with her dream man, Shoaib Ibrahim, and he knows how to take care of her in those days of the month. (Recommend Read: Shilpa Shetty Kundra Reveals How She Balances Her Kids, Viaan And Samisha With Work Like A Queen)

Before we take you further into the story, let us take a look back at Shoaib and Dipika's love story. It was on February 22, 2018, when Dipika Kakar had said 'qubool hai' to the love of her life, Shoaib Ibrahim. Since then, she is living her 'happily ever after' with the man of her dreams and her in-laws. Dipika is not just a loving wife, but also a perfect bahu and they never forget to give us #FamilyGoals. Shoaib and Dipika never fail to give us relationship goals. The duo knows how to support each other. And in one of Shoaib's Vlogs, we have gotten a glimpse of the same. On February 1, 2021, Shoaib took to his Youtube channel and shared a video of taking care of his wife, Dipika during her menstruation. In the video, we can see Shoaib cooking 'daal-chawal', to pamper his wife, Dipika. The gorgeous diva shared the screenshot of the same on her Instagram stories, and wrote, "Watch it guys and learn from it." Check it out below:

For those who don't know, Dipika and Shoaib's love had brewed on the sets of Sasural Simar Ka. In an interview with Pinkvilla, Dipika had reminisced the good old days of Sasural Simar Ka, and had revealed the thing which had bonded her with Shoaib on the sets of her first show. She had shared, "Both of us can never forget the time we spent together while shooting for Sasural Simar Ka. We met on the set of the show and our life’s journey together began there. I still remember the times when we would, as a ritual, have our favourite breakfast of chai and bun-maska together. It almost became a routine for us." Dipika had further added, "We managed to steal these moments and spend time together enjoying a simple morning meal before the shoots, and that strengthened our bond and got us closer." (Also Read: Sania Mirza's Heartmelting Birthday Wish For Her 'Shauhar', Shoaib Malik Is Every Doting Couple Ever)

Earlier, in an interview with The Times of India, Dipika had talked about how she had fallen in love with Shoaib and had shared, "I wanted to be sure that this relationship wasn’t on the rebound. Also, we were getting to know each other better. No matter how progressive we become, being a divorcee has some kind of a social stigma attached to it in our society. I had that stamp on me. But he gave me that space and despite being aware of my past, never complained about it. He has in fact always respected that. Coming from a small town, even his parents never let me feel that. I have always longed for family. Ammi sends dabba for me when my mother is not there. I feel I am more close to his mom than him. Everything is positive and we are more at peace now." (Don't Miss: Jackie Shroff Reveals His Birthday Plans, Daughter Krishna Says The World Needs More People Like Him) 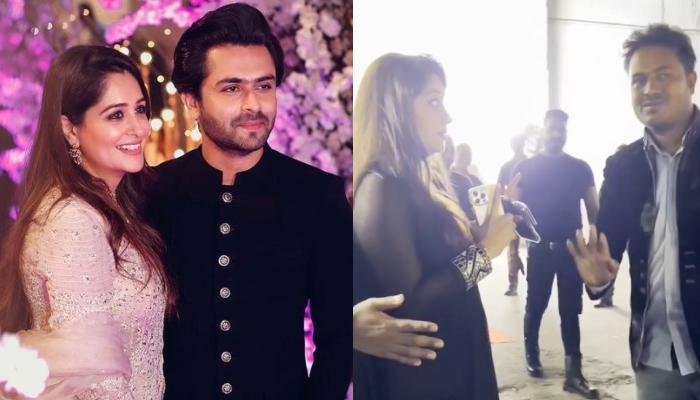 Television actor, Shoaib Ibrahim finally opened up about the trolling his wife, Dipika Kakar received at an award ceremony. For those who don't know, netizens trolled Dipika after she showed a finger to a man, who helped her as she tripped over. The moment the video was uploaded on social