Today (August 12, 2019) marks the 42nd Annual General Meeting of Reliance Industries and the entire Ambani clan was present at one of the most important days of the macro-firm.

Ambanis- the very surname makes us do innumerable ‘woot woot’s’ in the thin air! Be it their public appearances or weddings, the entire clan never ceases to amaze us with their extraordinary talent and close camaraderie. Be it prioritising family over everything or involving the family in everything, the Ambanis surely teach us the gateway towards nurturing a happy family. With many new ‘additions’ to their existing family of six, every sight of the entire clan in one frame makes us blurt out loud, “Kahin nazar naa lagey!” (Do Read: Rocky Jaiswal's Sisters Perform Raksha Bandhan Rituals With Their Bhai And Bhabhi, Hina Khan [Video])

To give you all the latest updates about the Ambani family’s personal front, it was on December 12, 2018, when Mukesh Ambani and Nita Ambani’s daughter, Isha Ambani had added ‘Piramal’ to her surname when she married her childhood sweetheart, Anand Piramal. Hardly three months later, on March 09, 2019, Akash Ambani had married his love from childhood, Shloka Mehta in a grand wedding. About the sabse chote Ambani, Anant, he is in a ‘not so rumoured anymore’ relationship with Radhika Merchant and we can’t be happier for all of them!

Everytime something new and important happens in the Ambani family, you would spot the entire family present and supporting one another and today too is no different. Today (August 12, 2019) marks the 42nd Annual General Meeting of Reliance Industries and the entire Ambani clan, consisting of the eldest Ambani, Kokilaben Ambani, Mukesh Ambani, Nita Ambani, Akash Ambani and Shloka Mehta, Anant Ambani and Radhika Merchant and Isha Ambani Piramal were present at one of the most important days of an impending economic boom! Checkout all the pictures here:

The Ambanis are one of the most sought-after families in entire Asia! In an interview with the Vogue magazine, Isha Ambani Piramal had shared what it was like to grow up in one of the most respectable and richest families in the world. She had answered, “The surprising truth is that though my parents were exceptionally busy, they were really hands-on. I was born in 1991, right after Liberalisation, which was a real inflection point for the Indian economy—it was the first time that Indian companies could dream of global scale. I saw my father work very hard to chase that dream and build Reliance into the organisation that it is today. And though he worked long hours, he was always there when we needed him. At home, we were raised to have the same value system that our parents grew up with. They made sure we understood the value of money, hard work and humility.” (Must Read: This Bride Wore A Sabyasachi Lehenga That Will Remind You Of Deepika Padukone's Wedding Ensemble)

Apart from being a wonderful mother and a wife, Nita Ambani has been leading various Reliance enterprises. Speaking about what Isha Ambani Piramal has learnt from her mother and her attitude towards women at her workplace, the multi-millionaire heiress had stated, “As much as I want to believe that women can have it all, I know that my mom gave it all up to raise us. But once we grew up, I also saw her balance work and home perfectly. Watching her play all these different roles—from full-time mom to businesswoman—I learnt how important each facet is in a woman’s life and how one needs to define what “having it all” means during these different stages. I feel very passionately about gender equality and equal participation in the workforce because growing up I was made to believe that I could do whatever my brothers could do, as well if not better. So as a working woman, I believe that companies must create an environment that fosters equal participation.”

Coming back to their personal life yet again, all of the Ambani kids have dated beings of their own choice. This is totally at par as Nita Ambani herself had spoken about their children choosing their respective life partners according to their wish in an interview. This is what she had shared, “Mukesh and I as parents have given our children the freedom to choose their life partners. When my son decides to get married, to whoever it is, we are going to welcome him and wish him all the happiness in the world.”

If you notice the aforementioned pictures, isn’t it adorable the way Akash Ambani and Shloka Mehta made their grand entry, hand-in-hand in front of everyone? When they were dating, the duo had been in a long-distance relationship mostly. In an interview with an online portal, Shloka had spoken about keeping pace with her relationship in spite of their hectic schedules. She was quoted as saying, “Despite years and busy schedules, we have always found ways to stay connected. Akash is incredibly grounded, and we share a bond based on meaning and memories. We don't just get along - we also support each other's hopes and aspirations and are determined to build a sense of purpose into our lives together. We are lucky to have a love that began with being best friends and luckier still to have such supportive families." (Also Read: Ayushmann Khurrana's Wife, Tahira Is All Heart As He Pens Down A Poem On His Bollywood Journey) 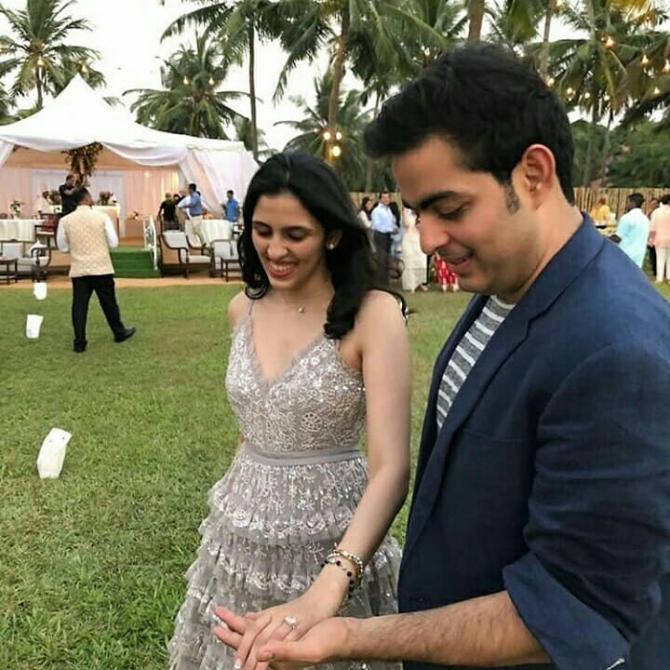 While Akash Ambani had revealed, “I am truly happy that our friendship has blossomed into love and Shloka and I are getting married, she is a truly special and extremely kind-hearted person”. In another interview with a leading media portal, Nita Ambani, post-Akash and Shloka’s proposal had said, “I have known Shloka since she was four and we are all delighted to welcome her to our home and our hearts”. A source close to the family had revealed before their marriage, “Shloka is a very charming girl, extremely cultured and it’s difficult to say which of the two families is lucky with this upcoming marriage.” 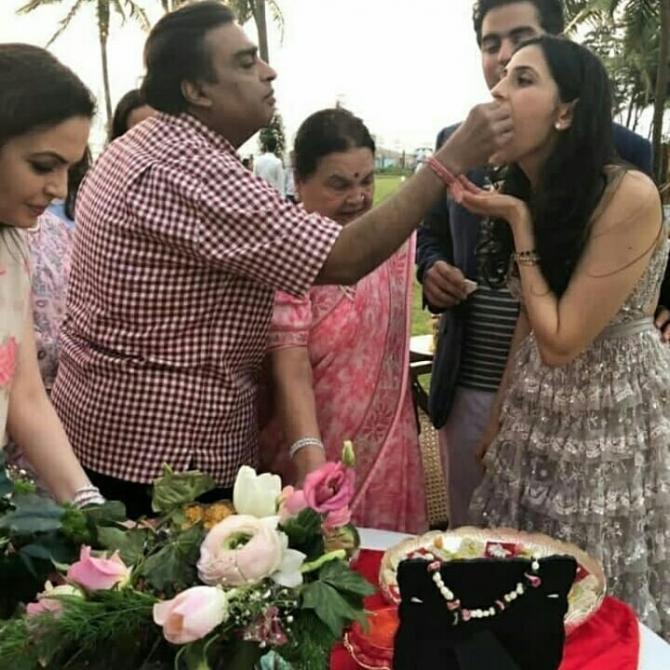 Guys, how did you like all the Ambanis’ huddling up yet again? Let us know!