'Yeh Rishta Kya Kehlata Hai' fame, Hina Khan and Rocky Jaiswal are already drenched in the Raksha Bandhan fervour and had begun the celebrations four days before the festival. Most of the days, siblings are a gift! They annoy you the most, irritate you, taunt you and even blackmail you, but when you need them the most, without saying they’ll be there for you (like you have been there for them too!). With Raksha Bandhan around the corner, we are high with the #SiblingLove fever and especially during this time of the year, our heart is filled with nothing but love for them. And seems like, Yeh Rishta Kya Kehlata Hai fame, Hina Khan and Rocky Jaiswal are already drenched in the Raksha Bandhan fervour and had begun the celebrations four days before the festival. (Also Read: Charu Asopa Celebrates Rajeev Sen's First B'Day Post-Wedding In A Special Way, Pens A Heartfelt Wish)

It was on Bigg Boss season 11 when the world got apprised of Hina Khan and Rocky Jaiswal's relationship as the latter confessed his love and proposed her on the national television. Time and again, their Instagram stories and social media feeds have been proof of their love for each other. Before giving you glimpses of Hina and Rocky’s social media PDA, first things first. 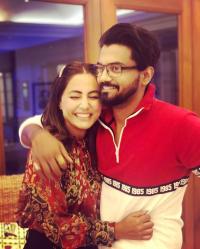 A few hours back, telly world’s Komolika, Hina Khan gave a glimpse of the Raksha Bandhan celebrations with her beau, Rocky Jaiswal’s family. Sharing some heartwarming pictures with Rocky’s sisters, tying Rakhi to their brother and performing rituals with their ‘bhabhi’, Hina captioned them, “Pre-Rakhee celebrations with our didi’s @rockyj1 and family Thank you for all the blessings @roy.37853 @neelamsingh.ritz @nirja.jaiswal Happy Rakhee sisters Shall post pictures with my lil bro on 15th #RakheeSpecial.” 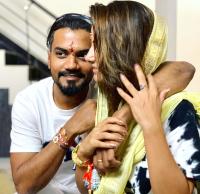 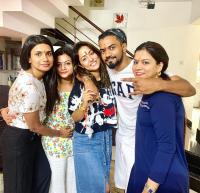 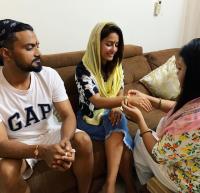 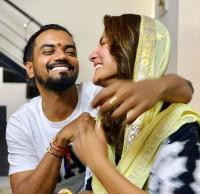 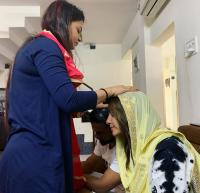 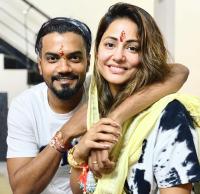 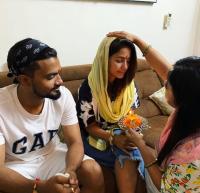 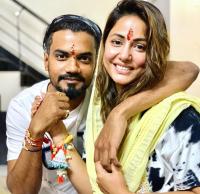 Rocky Jaiswal too, posted a video comprising of their pictures from their Raksha Bandhan celebrations with his sisters and ladylove, Hina Khan. Rocky wrote along with his Rakhi special video, “Hum sab saath hai @realhinakhan and I celebrated #RakshaBandhan today with our most beloved sisters as we won’t be here on #Rakhee Mahurat pe na sahi waqt par zaroor hai, kyun ki saath zaruri hai. Blessed to have a family that supports us and stands for us, with us always! Pre- Raakhee with @roy.37853 @neelamsingh.ritz @nirja.jaiswal.”

A few months back, Rocky Jaiswal had headed off to London for almost a month, to shoot for his feature film, Doorman. Once back, Rocky showered his ladylove, Hina Khan with the expensive gifts that he had bought for her from London. Hina Khan had taken to her Instagram stories, giving a glimpse of the imported body showers, shampoos and Victoria’s Secret apparels that Rocky had specially got for her. Take a look at the pictures here and drool as Rocky once again, stole the ‘Boyfriend of the millennium’ tag! (Also Read: Tiger Shroff Reveals Whether He Is Dating Actress, Disha Patani, Says, 'Meri Aukat Nahi Hai') 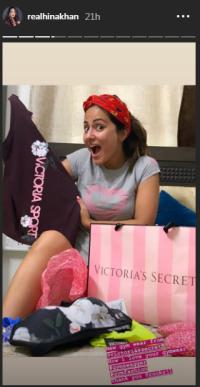 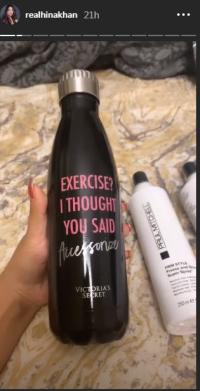 Rocky Jaiswal had also taken to Instagram during his London trip and had posted a beautiful picture of a yellow dandelion flower. Expressing how much he was missing his ladylove, Rocky had written, “Everything rare and pretty reminds me of you!” atop the picture and had tagged Hina Khan on the post. The doting girlfriend had reposted the same on her Instagram story too, and had written “Miss You” on it, followed by a lovey-dovey emoji. 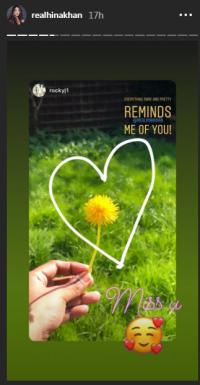 Hina Khan and Rocky Jaiswal are one of the few couples, who fell in love on the sets of Yeh Rishta Kya Kehlata Hai. Speaking of where they met and how love happened, Rocky had shared, “We met on the sets of Yeh Rishta Kya Kehlata Hai for the first time where I was the supervising producer and she was playing the lead role. That's how we met. As for what attracted me to her was her dedication to her work. I have seen a lot of actors, but she is one of the smartest of the lot.” And further added, “It is almost unreal if you find a person who's so honest all the time. She calls a spade a spade every single time. And that's the most important thing I love about her. Besides, she is the prettiest woman in the world.” A few months ago, Hina Khan and Rocky Jaiswal went on a romantic long-drive, and the former had shared videos from the same. Captioning a video with her ‘partner for life’, Hina wrote, “Our 2AM version Honest to each other, promises for life, reality. Some meaningful conversations with @rockyj1 and our late-night drive.  Partners for life.” Atop another, Hina had written, “How beautiful is to have someone who adores the things you try to hide, never gives up on you even when you want to give up on yourself. Men like you don’t exist anymore RO. This man is so so sorted in life… I still fall for you.” (Also Read: Sharad Malhotra Celebrates His 'Darling Wifey' Ripci Malhotra's Birthday In Switzerland, Pics Inside)

What are your plans for Raksha Bandhan? Do let us know!