For Kinshuk Vaidya's birthday, girlfriend, Shivya Pathania planned a romantic surprise for him and decorated the venue with white and red heart-shaped balloons, and hearts made of rose petals. 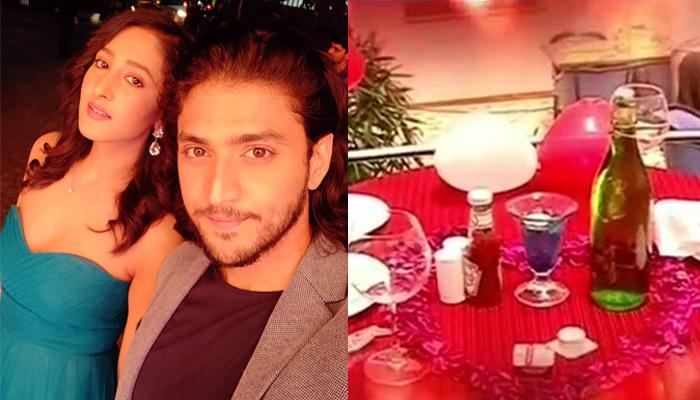 Cupid striking two co-stars working together on the same show is a common phenomenon. Actors generally spend a lot of time on the sets and that is how, their reel-life family, becomes a part of their real-life one. And that is exactly what had happened with Ek Rishta Saajhedari Ka co-stars, Kinshuk Vaidya and Shivya Pathania. Rose to fame with every 90s kid’s favourite, Shaka Laka Boom Boom, Kinshuk grew up being blessed with dapper good looks and his ladylove, Shivya too, complements her man in every sense! (Do Read: Radhika Merchant Flaunting 'No Makeup' Look At Akash-Shloka's Mehendi Proves She Is A Natural Beauty)

As shared by Kinshuk Vaidya and Shivya Pathania in an interview, it was love at first 'sight and set' for this couple. From sharing dreamy pictures with each, celebrating each other’s birthday like how, thus giving their fans some #CoupleGoals, we just love the very sight of this duo! And today, Kinshuk turns 28 and his muse, Shivya posted a heartfelt wish for her man. Sharing an array of pictures, she wrote, “Since childhood you made all of us believe in magic by your magic pencil and you brought that magic in my life. The things you do are something that i could have never imagined....as if I have made you by that magic pencil...love you. Happy birthday companion @kinshukvaidya54 "You are Family" Tum mere lie kya ho woh main shabdo me bhi bayan nahi kar sakti hun...Always stay Happy Happiest birthday, P.S. i intend to post piks where i also look good coz u always do..so i try really hard..and well bare with this #hinglishmadame.”

But that’s not all! Shivya Pathania made all the efforts and had planned a romantic surprise birthday date for her beloved birthday boy. Donning themselves in red and decorating the venue with numberless white and red heart-shaped balloons, making hearts with rose petals, Shivya blind-folded Kinshuk as she took him towards the romantic surprise! From removing strands of hair falling on Shivya’s face as he fed the cake to her to Kinshuk’s priceless expressions, we want to see more of what happened at the star’s birthday celebrations!

In a 2017 interview with Hindustan Times, Shivya Pathania had shared what she feels about her boyfriend, Kinshuk Vaidya and added, “Kinshuk is very close to me. I want to be with him and I am with him... as of now, I enjoy being with him. Rest of course, time will tell.” She had further added, “He talks a lot about me and he often laughs with me saying, ‘you should also say some nice things about me.’ But I have always told my fans that when I find the right person, they will be the first ones to know.” (Must Read: Shiny Doshi Can't Wait To Become Massi, Dazzles In A Slip Dress At Bestie's Baby Shower, Pics Inside) 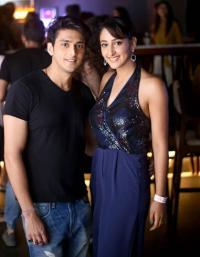 Kinshuk Vaidya and Shivya Pathania had denied their relationship for quite some time before admitting that they are truly, madly and deeply in love. In yet another interview, Kinshuk had revealed how it all began, "We have had an amazing bond right from day one. With some people, your frequencies match instantly and for me, she definitely is one of them. Our bond has only got stronger with time." Meanwhile, Shivya only realised her love for him when he was away, "When he wasn't around me, I started missing him. That is when I realised kuch toh gadbad hai. I realised that I am not watching any videos online at night but thinking whether I should call him or not...I was like...shit main to phas gayi." 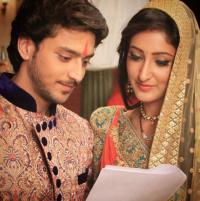 What does Kinshuk Vaidya love the most in his girlfriend, Shivya Pathania? The Karn Sangini star had shared, "I like her eyes, the way she goofs up. She has a lot of foot in the mouth moments. She is always herself. Bina soche samjhe kahin bhi kuch bhi bol deti hai. She is Shivya, she can pass off with things like that. She is the craziest person I have ever met." 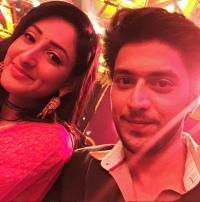 When Shivya Pathania was asked the same question, she had replied, "In today's date and time, he is a person who is very close to his parents. He is a mama's boy and he accepts that. That is the best thing I like about him. Secondly, while many people want to hide their relationship and roam around saying 'we are just friends', he is very committed and vocal about it. He does not like to hide. Thirdly, I can just be myself around him and he is very supportive. We can share our dreams and aspirations with each other. Sometimes, he makes me wonder if he is for real." 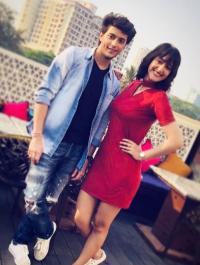 When do we see this couple enter the bond of holy matrimony? Shivya Pathania had shared in an interview with SpotboyE, “I believe in marriage. My parents had a love marriage. There is no right time to get married. Kinshuk and I have discussed about it but that doesn’t mean we will get married right now. Both of us are going to first focus on our careers.” (Also Read: Preggy Sameera Reddy's Baby Is Kicking Away, Mommy-To-Be Shares Her Joy By Flaunting Her Baby Bump) 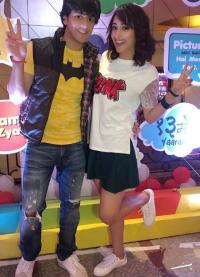