Bollywood actress, Shilpa Shetty Kundra took to her Instagram handle to share an adorable video with her daughter, Samisha Shetty Kundra. Their twinning game was on point!

Bollywood actress, Shilpa Shetty Kundra’s life had turned upside down when her husband, Raj Kundra, was arrested for his alleged involvement in the production of pornographic content. Though for the first few days, Shilpa had stayed out of the media attention and had also kept her kids, Viaan Raj Kundra and Samisha Shetty Kundra, away from the limelight, gradually, she started to bounce back to life. Not just has she resumed her work but she is also quite often seen spending some quality time with her kids.

Just like any other mother, Shilpa Shetty Kundra's love for her kids, Viaan Raj Kundra and Samisha Shetty Kundra, know no bounds. Not just that, her twinning game with them is on point. From twinning with her daughter on Ganesh Chaturthi to wearing the same outfits with her kids on visarjan, Shilpa is trying to give her kids a normal life. Not just that, without caring much about the social media trolls, she is also delighting her fans with glimpses of them every now and then.

Recommended Read: Roopal Tyagi Reveals The Secret Behind Losing 8-9 Kilos And How It Was All About Body Positivity 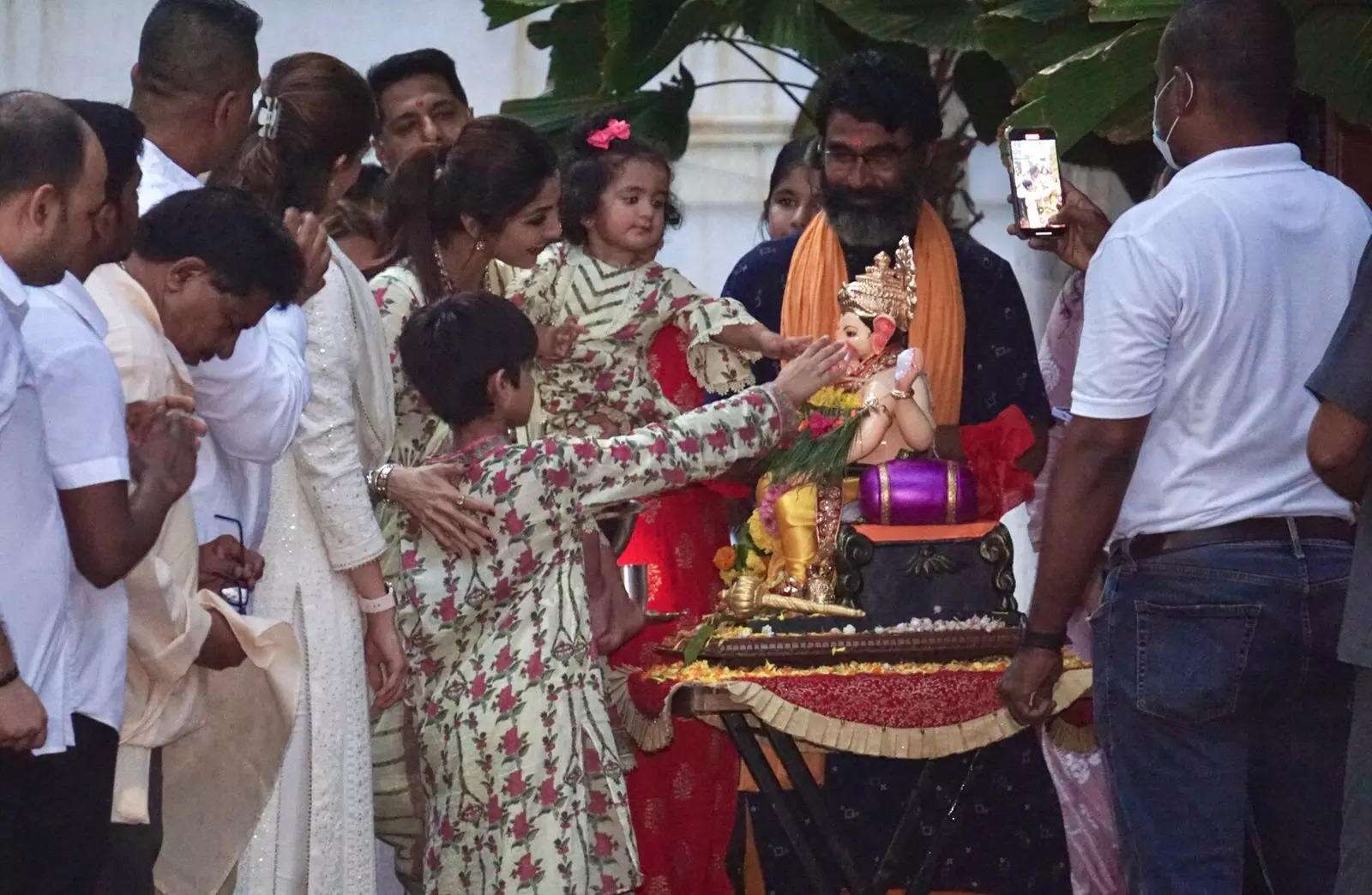 A few moments back, Shilpa Shetty Kundra shared an adorable video with her daughter, Samisha Shetty Kundra. The mother-daughter duo can be seen twinning in peach kaftan dresses. Not just that, their hair bands were similar too, and as the actress played with her little angel, that was absolutely a sight to behold. Taking to her Instagram handle, Shilpa captioned the video as ''Spot the difference! Twinning and winning with my baby girl, Samisha.''

This is not the first time that Shilpa and Samisha stole away our hearts with their cutesy twinning outfits. On the occasion of Ganesh Chaturthi, the Dhadkan actress had dropped two pictures with her kids, Viaan and Samisha. They could be seen posing along with the Ganpati Bappa’s idol they had bought at their home, and Samisha had twinned with her dearest mommy and had looked absolutely adorable. Shilpa had captioned the pictures as “Om Gan Ganapatay Namo Namah! Shri Siddhivinayak Namo Namah! Ashta Vinayak Namo Namah! Ganapati Bappa Moraiya! Our Gannu Raja is back to visit us.” 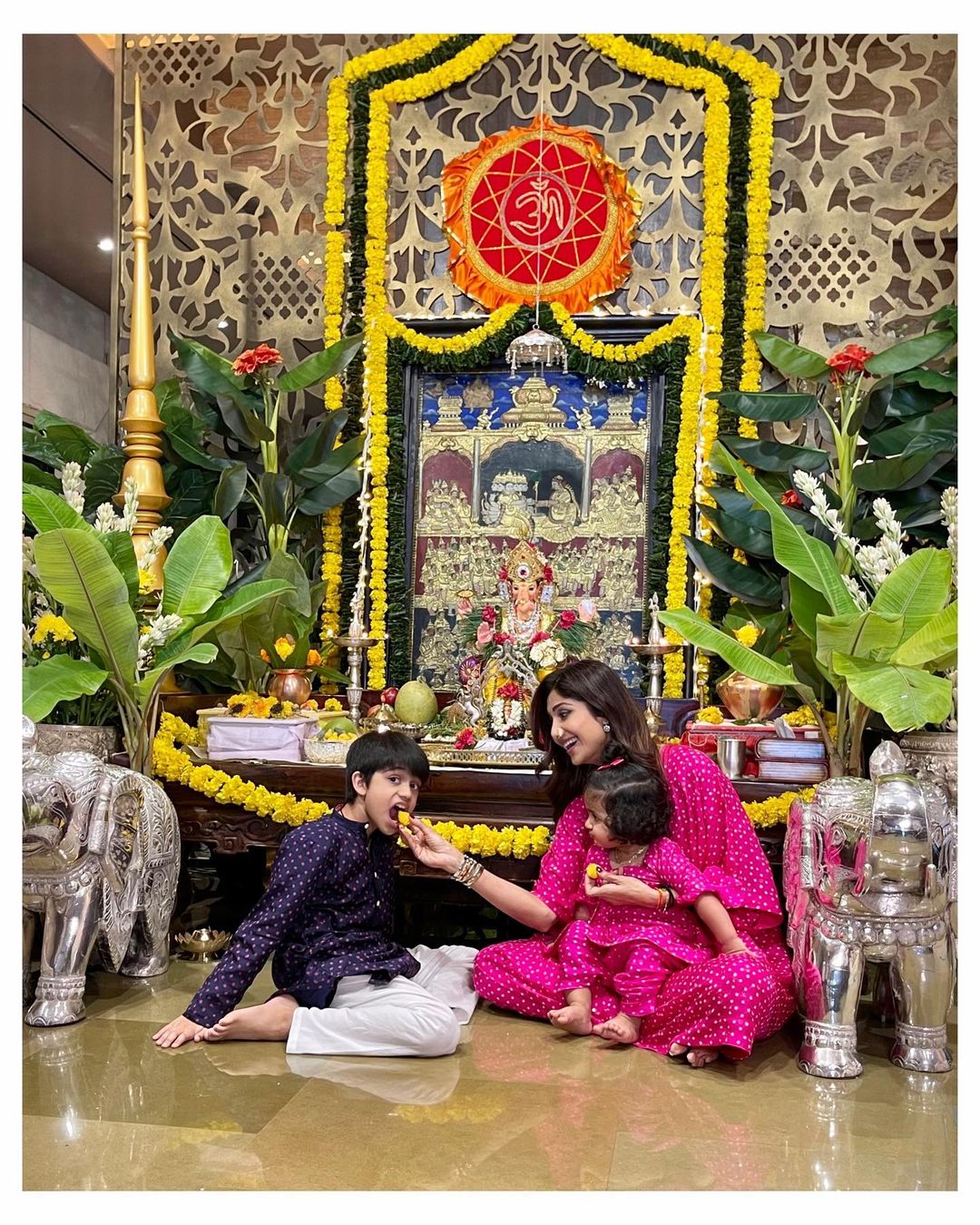 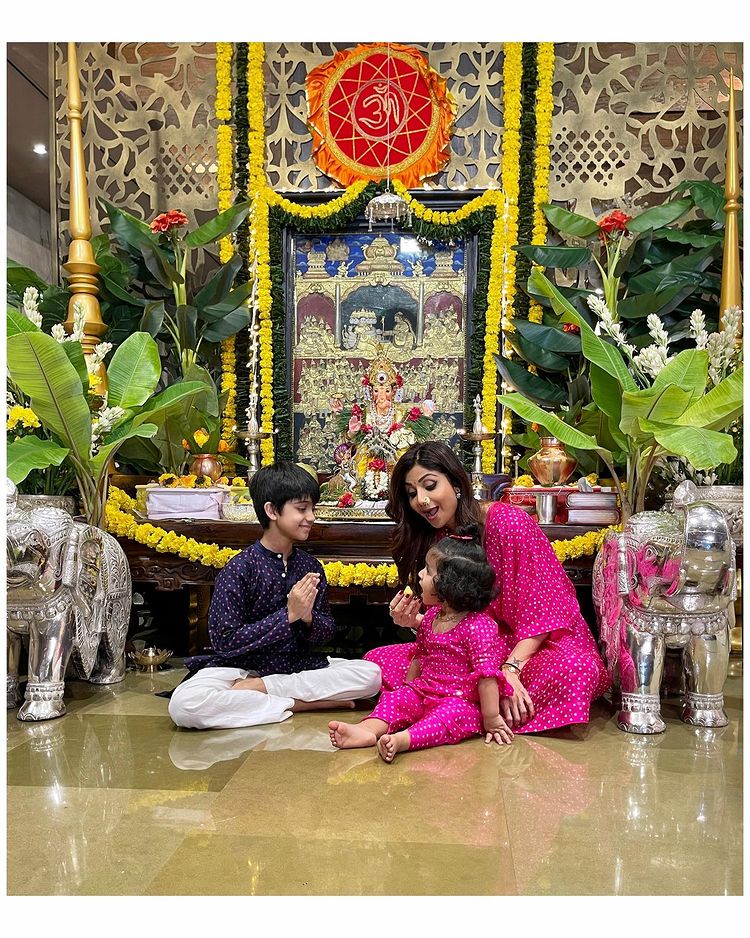 To mark the occasion of Daughter’s Day 2021, Shilpa Shetty Kundra had shared a glimpse of her baby girl, Samisha, from the Ganpati puja at their home. Taking to her IG handle, the doting mommy had shared a video in which the mommy-daughter duo had not just looked perfect twinning their outfits, but Samisha had stolen our hearts as she had looked beyond adorable jumping and dancing and had looked very excited during the puja.

Shilpa had penned a heartmelting note for Samisha and had thanked her for being her daughter. Alongside the video, Shilpa had written “Happy Daughter’s Day to US, mine and ours… Thank you, Samisha, for choosing me. I promise you that even though we’ve been mother-daughter from the start, we’ll always be best friends forever from the heart Love you, my baby!” 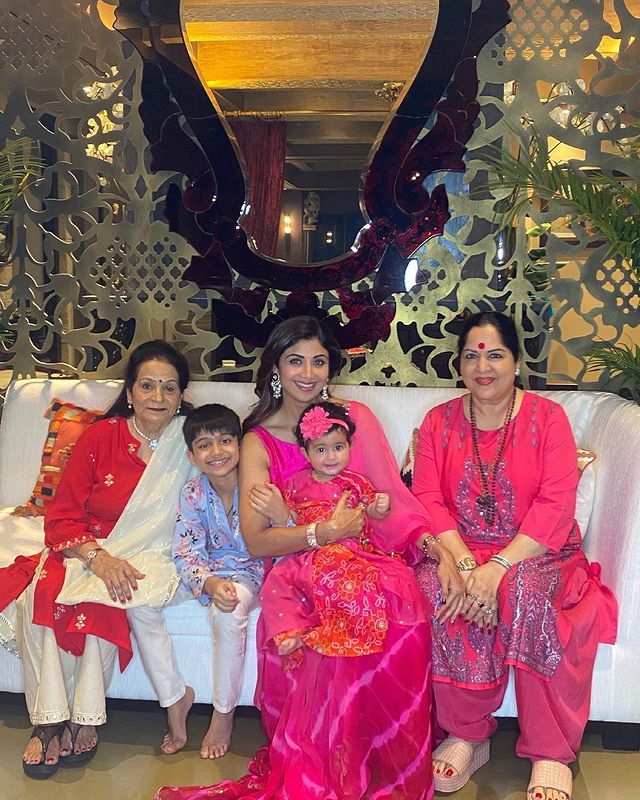 On the work front, Shilpa Shetty Kundra is currently busy with the shooting of the dance reality show, Super Dancer 4.