Bollywood actress, Shilpa Shetty Kundra and her husband, Raj Kundra will mark their 12th wedding anniversary at a place that is very close to their hearts. Check out!

Shilpa Shetty and her husband, Raj Kundra, have been in the eye of the storm ever since the latter was arrested in connection with the pornography case. Though the business tycoon was released from jail, Shilpa and Raj had hardly made an appearance in public. Thereby, sparking the speculations of their separation. However, the duo were seen together in Himachal and Shilpa's anniversary wish for Raj on their 12th wedding anniversary, had put an end to all the rumours.

For the unversed, it was in Paris, when her then-beau and now-husband, Raj Kundra, had proposed to his ladylove in the most romantic manner in 2008. A year after that, Shilpa Shetty and Raj Kundra had embarked on their forever journey on November 22, 2009. The much-in-love couple had embraced parenthood in 2012 with the birth of their firstborn, Viaan Raj Kundra. And in February 2020, the duo had become parents for the second time and had welcomed their daughter, Samisha Shetty Kundra via surrogacy. 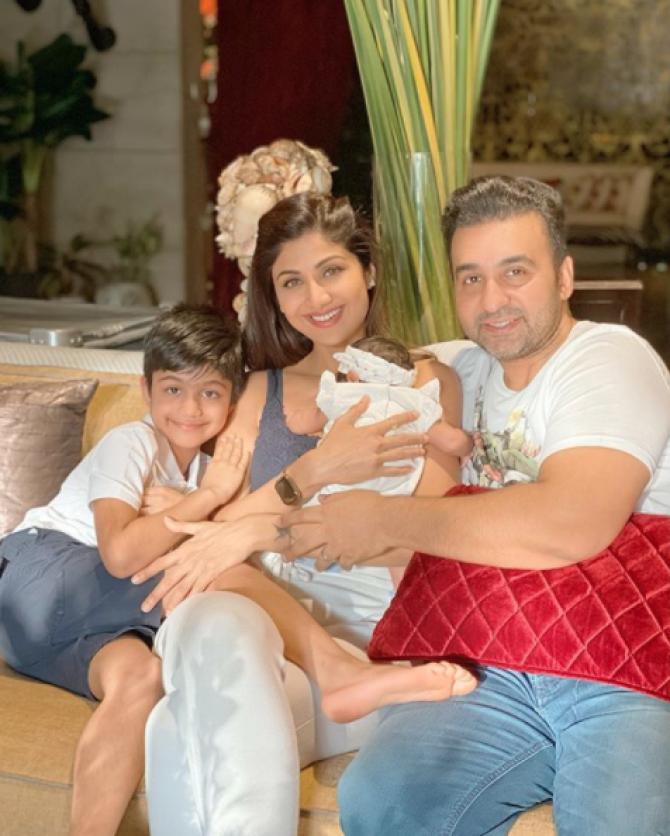 According to a report by Pinkvilla, Shilpa Shetty Kundra and Raj Kundra will mark their 12th wedding anniversary, by indulging in a romantic dinner date at their restaurant, Bastian in Worli. Though this place is one of the most famous restaurants in Mumbai, this place is very close to the duo. The reason is that Shilpa has a 50% stake in the hospitality group that owns it, making her the owner of Bastian. 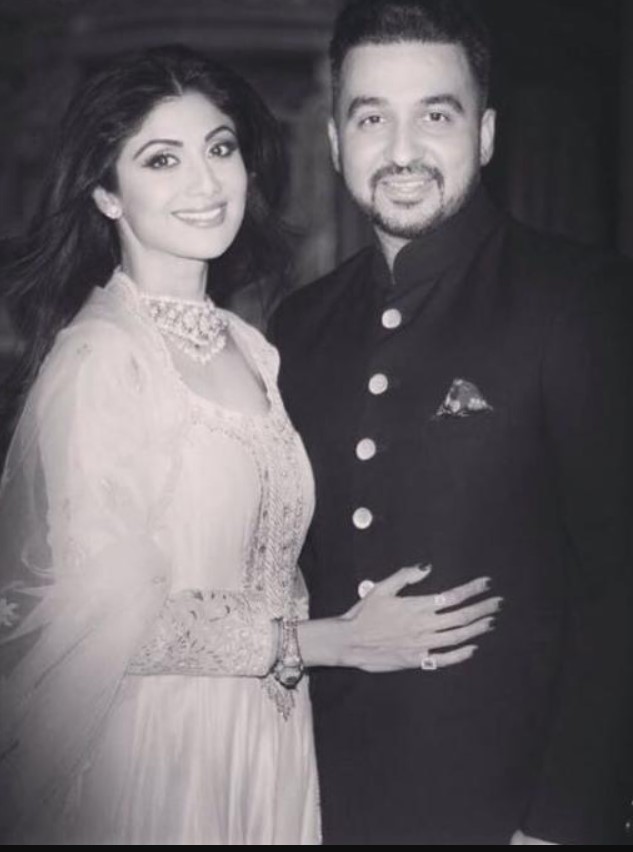 On November 22, 2021, Shilpa Shetty Kundra had taken to her IG handle and had posted a collage of some unseen pictures from her wedding with Raj. The picture had featured a collage of the duo performing the wedding rituals, and the stunning couple looked had head-over-heels in love with each other. Along with the collage, Shilpa had written about the good and the bad times they have endured together. Her note could be read as:

"This moment and day 12 years ago, we made and continue to fulfil a promise; of sharing the good times and bearing the hard times, of trusting in love and God to show us the way… side by side, day by day. 12 years and not counting… Happy Anniversary, Cookie! Here’s to many more rainbows, laughter, milestones, and our prized possessions… our children. Heartfelt gratitude to all our well-wishers, who have been with us through thick and thin." A few days back, Shilpa Shetty Kundra and Raj Kundra had made their first appearance together in the public post his bail. On November 8, 2021, the Dhadkan actress had shared a few videos from her visit to two temples in Himachal Pradesh on her Instagram handle. The first IG story had featured her visit to the Chamundaa Maa temple, in which she had shown a glimpse of the goddess. Atop the picture, the diva had written: 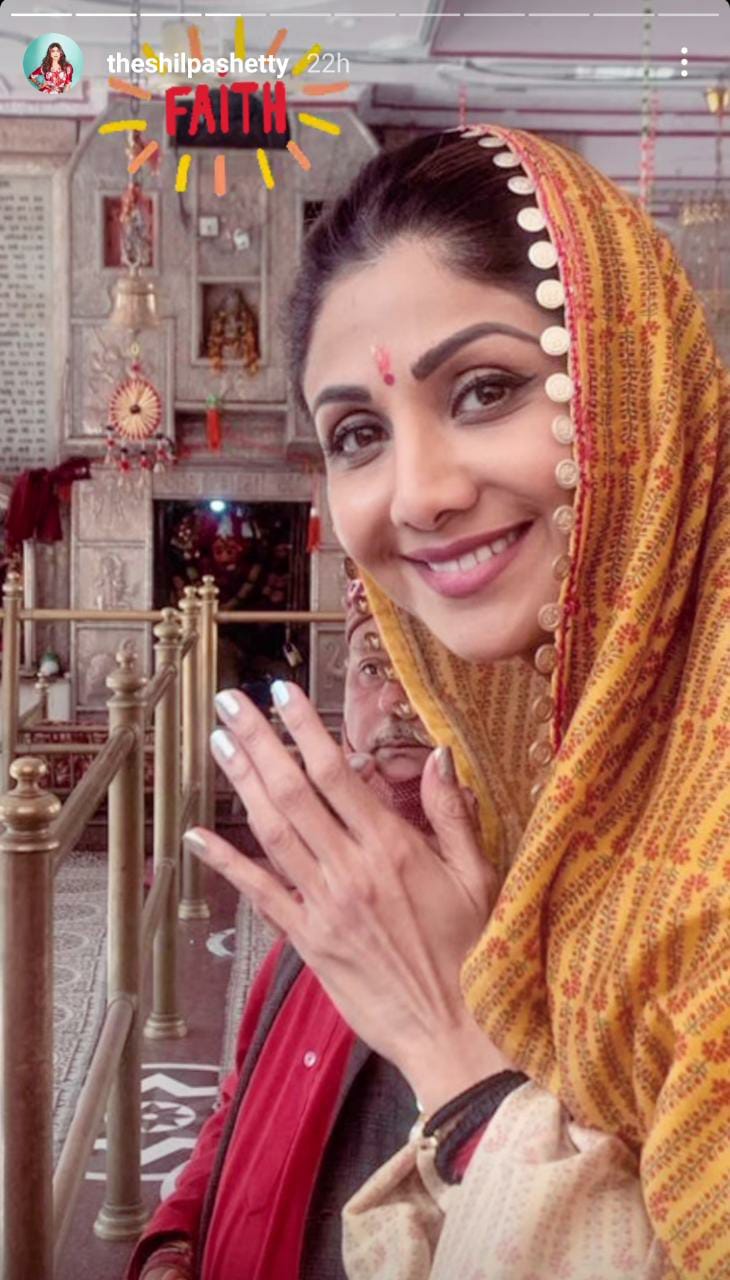 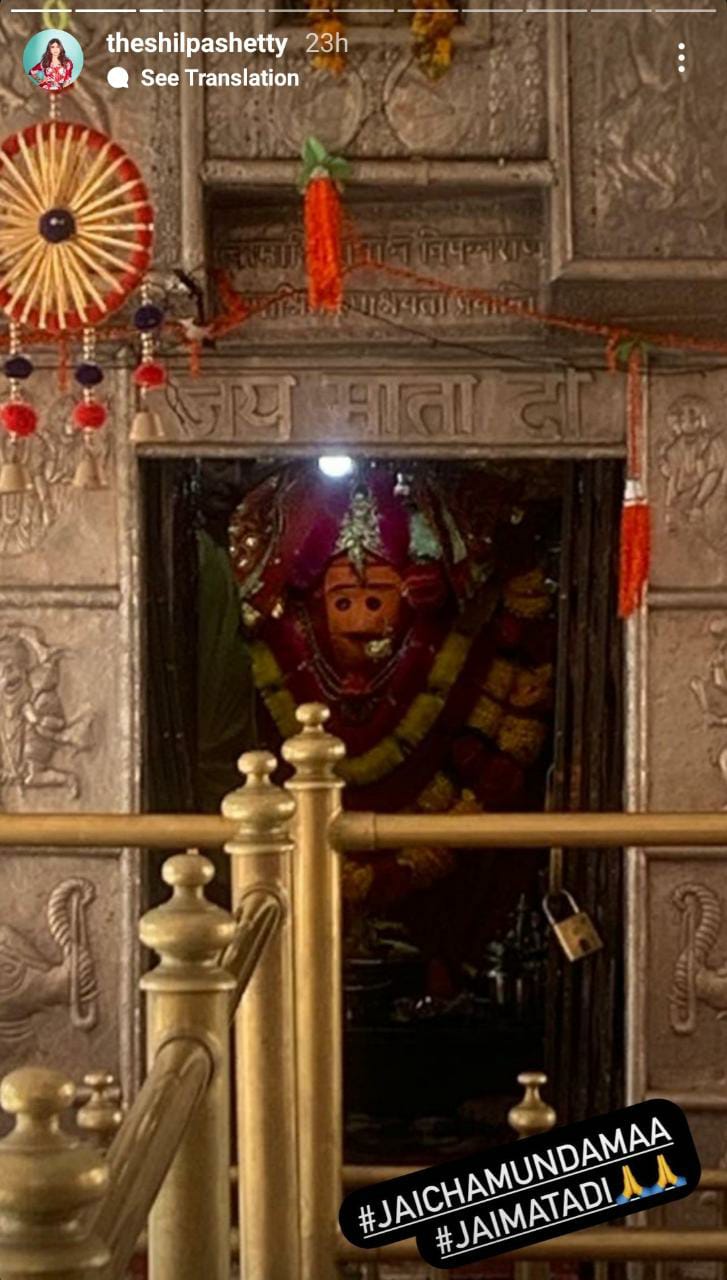 In another series of IG stories, Shilpa Shetty Kundra had shared snippets of her visit to the Jwala Devi Temple. In one of her pictures, we had seen a glimpse of her husband, Raj Kundra, standing above the stairs, while the actress had stood downstairs while pointing at her husband. in the picture, she could be seen wearing a traditional yellow ensemble. 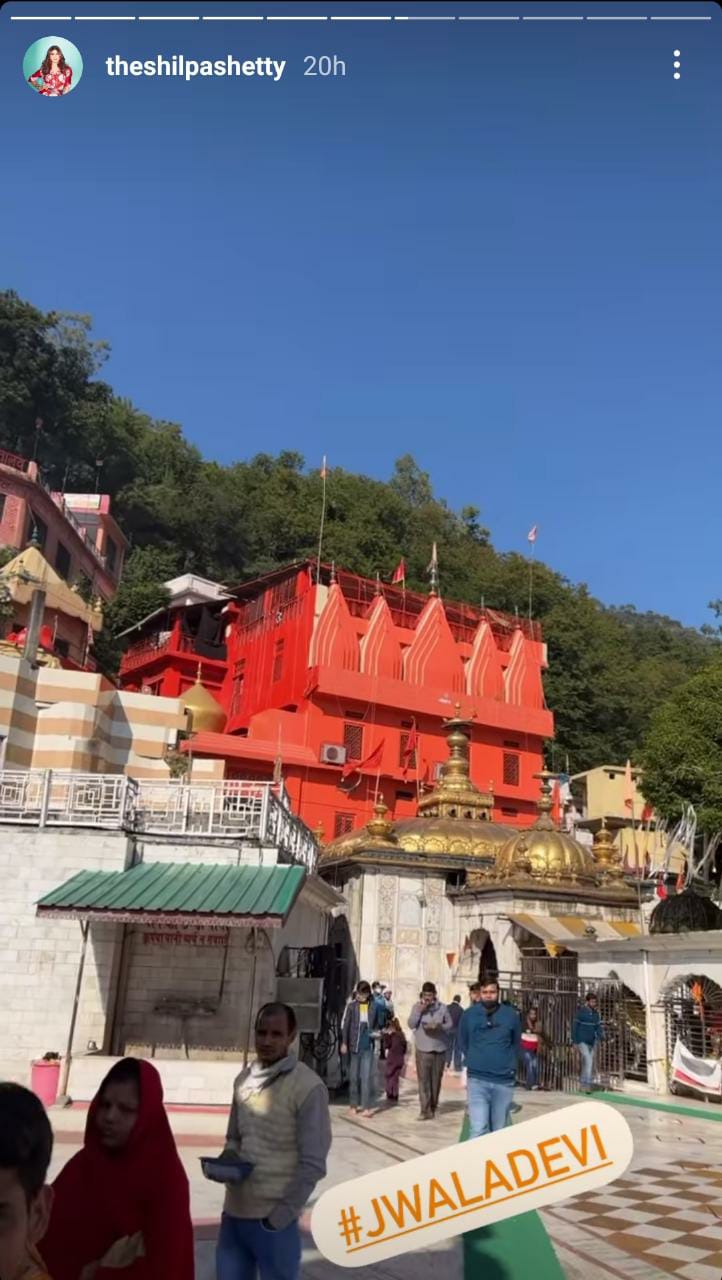 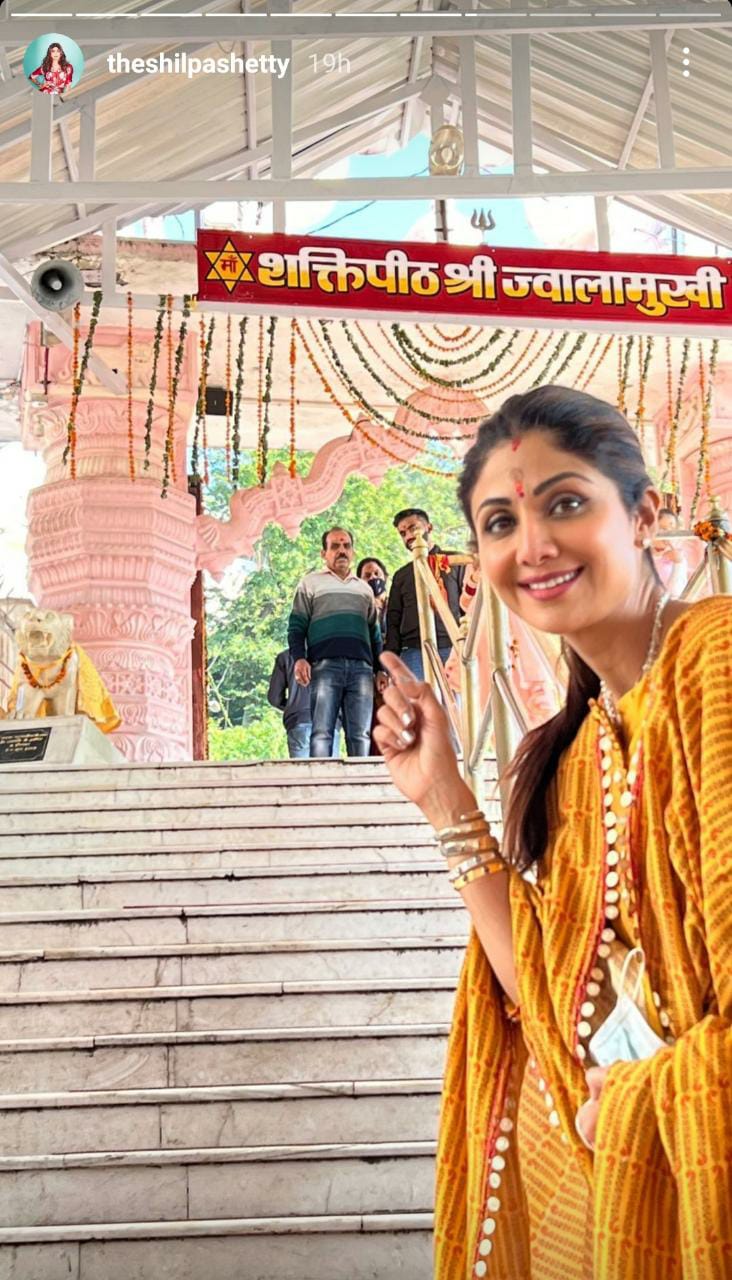 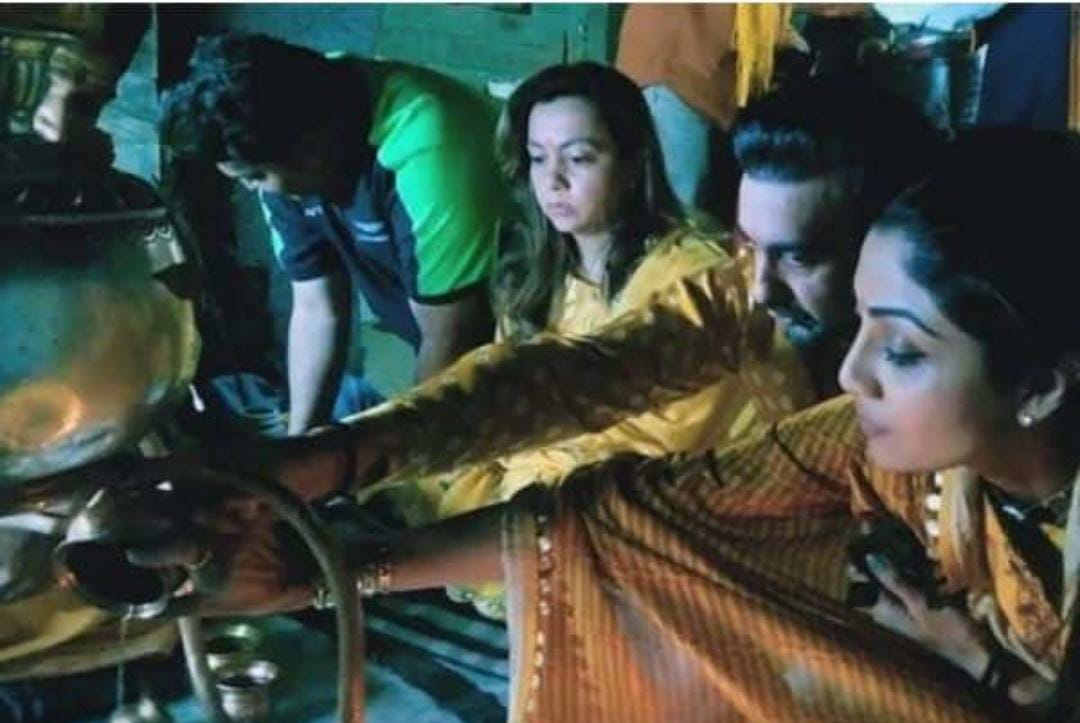 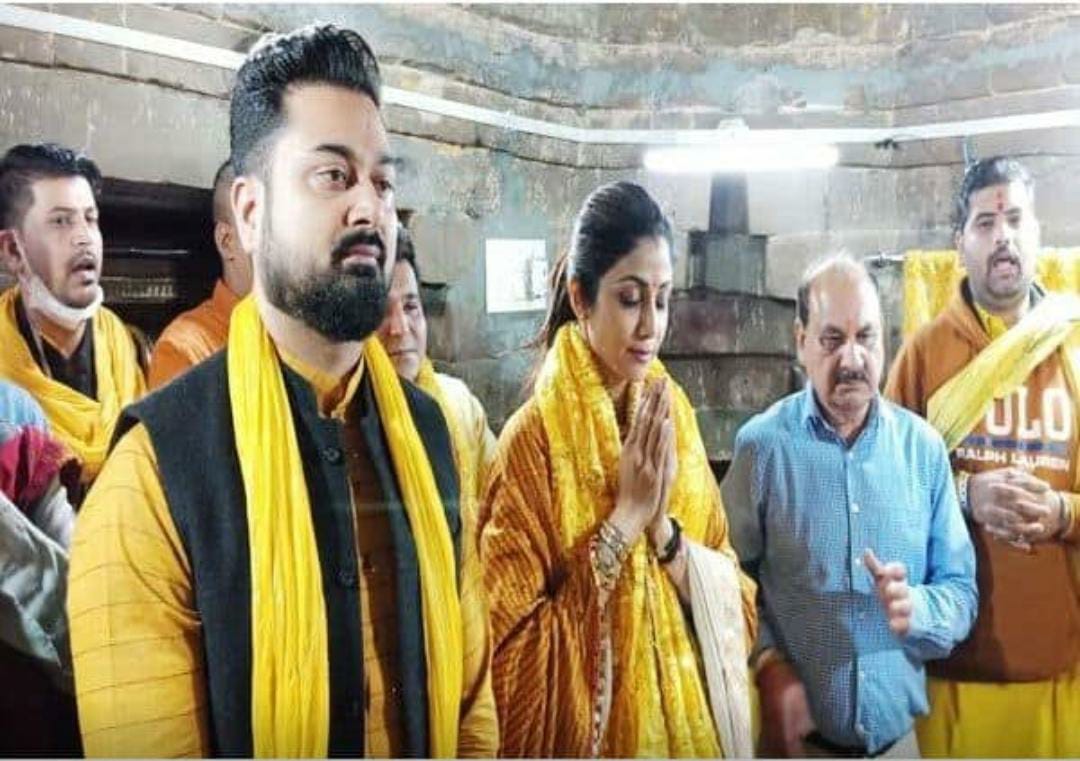 We hope that Shilpa and Raj have a grand blast on their 12th wedding anniversary celebration! Shilpa Shetty and Raj Kundra had gone through one of the toughest times of their lives when the latter was arrested by the Mumbai Police for his alleged involvement in pornography. It was alleged that Raj was the key conspirator in creating and publishing pornographic content through various apps. However, Raj