Shikhar Dhawan and Rohit Sharma's team spirit has bagged a lot of accolades all this while. Taking some time out from their tight schedules, they enjoy a local train ride together along with wives.

With an average of 65.15 in the tournaments organised by ICC (International Cricket Council), having scored 1,238 runs in 20 matches, this 33-year-old Indian cricketer is one of the precious gems for the ‘Men In Blue’. Though he injured his thumb during the ICC World Cup 2019 match against Australia at The Oval on June 9, 2019, his will power is not to die for. By now, you might have guessed who we are talking about. Well, it’s none other than, Shikhar Dhawan.

On the other hand, we have Rohit Sharma, who is just leaving everyone speechless in all his performances during ICC World Cup 2019. Rohit has been impressing everyone with his attractive batting style by boldly facing the pace bowlers all this while. In his latest interview, he has given the full credit to his 6-month-old daughter, Samaira, for bringing in luck in his life. (Also Read: Vivian Dsena Finally Reacts To The Reports Of His Divorce And Alimony Issues With Vahbiz Dorabjee)

Rohit Sharma And Ritika Sajdeh's Daughter Was Made In Maldives, Baby S Flaunts It On Her Onesie Both, Rohit and Shikhar are high on life these days and they have all the reasons to celebrate. Lately, Shikhar took to his official Instagram handle and shared a lovely picture. In the click, we can see Shikhar with his wife Aesha and son, Zoravar Dhawan along with Rohit Sharma, his wife, Ritika Sajdeh and their 6-month-old baby girl, Samaira Sharma. Shikhar captioned the post as, “Enjoying the local train journey with the Sharma family @rohitsharma45 @ritssajdeh @aesha.dhawan5.” Take a look at it here along with a few more that Ritika shared on her Insta stories: 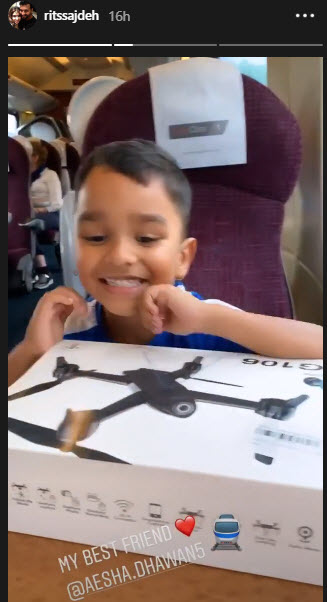 On June 16, 2019, Shikhar had appeared for a chat show named, Breakfast With Champions, which is hosted by a famous presenter, Gaurav Kapur. The discussion was also accompanied by Rohit and Shikhar's son, Zoravar, and all of them appeared to be in a very jolly mood. During the course of the chat, Gaurav asked Zoravar to name the better batsman between Dhawan and Rohit. Gaurav asked, “Who’s your better batsman, you or your dad?” Pat came his reply without any inhibition as he pointed towards Rohit Sharma. On the face of it, Rohit was bemused, but then he gave a high-five to the young one. Checkout the video shared by Shikhar himself:

This is not the first time that we have seen Rohit and Shikhar bonding with each other’s family. Earlier, there was a picture of the two batsmen bonding with their kids during IPL 2019. On April 17, 2019, Shikhar had taken to his official Instagram handle and shared a lovely picture posing with son, Zoravar, Rohit and his then three-month daughter, Samaira. He had captioned the post as, “Can't seem to contain the excitement of finally meeting this beautiful angel. What a beautiful night with these munchkins!” (Also Read: Mahhi Vij Gets A Foot And Leg Massage From Jay Bhanushali During Pregnancy, Calls Him Best Hubby) 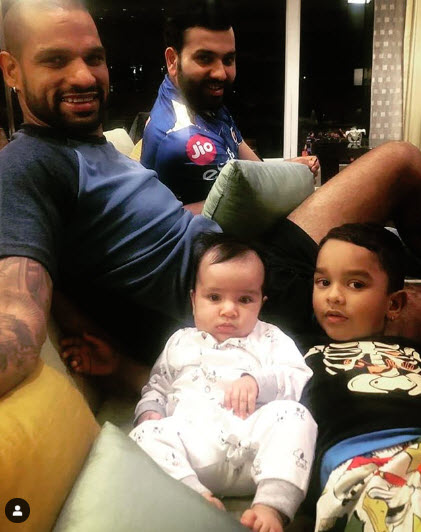 It is no secret that Rohit and Shikhar make for a very deadly duo on the field. Talking about the same, another Indian cricketer KL Rahul recently stated, "Obviously Shikhar and Rohit for the last three or four years have been such a dangerous combination having done so well. They have owned those positions. I had to wait for my chance, and I am just happy that I got to bat in the top of the order." On Father’s Day (June 16, 2019), Shikhar’s wife Aesha took to her official Instagram handle and shared a lovely post for him. Posting the below picture, Aesha had written, “Happy Father’s Day to @shikhardofficial so much love to you for being such a wonderful Dad. It’s one of the greatest gifts to any kid to have a father that grows them with his heart and soul. Thank you for being that father.” (Checkout: Pregnant Amy Jackson Shares Sonography Pictures, Says George Panayiotou Will Be An Amazing Daddy) 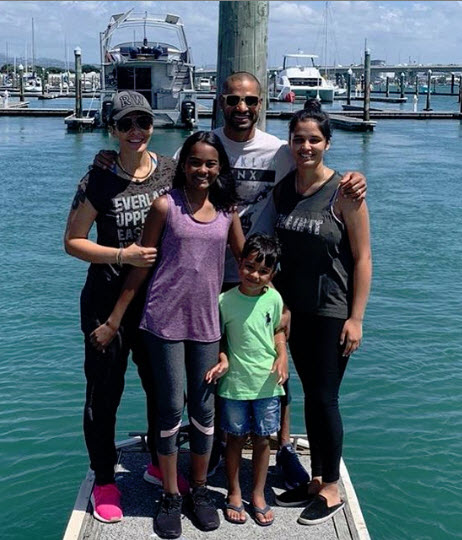 What a lovely picture of the Dhawans and the Sharmas enjoying the local train ride together. What do you guys have to say?