In the glam world, relationships and marriages are such an unexpected affair that nobody could ever predict who would land with whom, right? Such is also the case with the massively talented Bollywood actor, singer, director and producer, Farhan Akhtar. This handsome heart-throb is often seen these days on the stage and is all set to release his first single soon. (Also Read: Yash Johar And Roohi Johar Are Ready For Paparazzi As Papa Karan Johar Cutely Admits It)

But guess what? Owing to his personal life, he has another reason to be in the headlines these days. Yes, his loyal fans must have understood by now what we are talking about. His alleged relationship with actress, anchor and model, Shibani Dandekar is a hot topic of the tinsel alleys.

Farhan Akhtar Shares A Pic Of Ringed-Hands With GF Shibani Dandekar, Fans Wonder If They Are Engaged 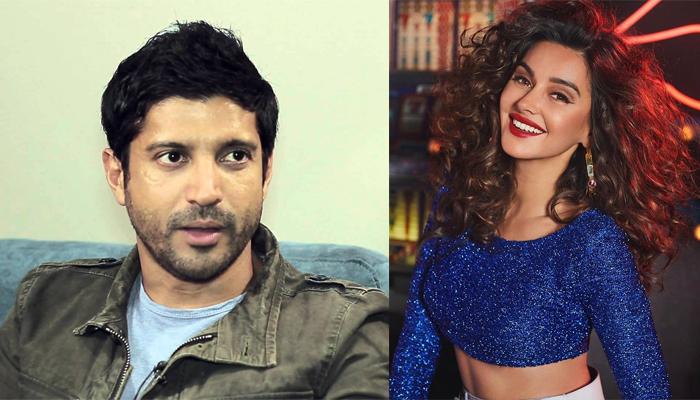 And now, Shibani Dandekar has shared a pic with Farhan Akhtar walking hand-in-hand. Do you think they are making it official soon?. Farhan is in Canada these days as part of his SelfTour2018 along with the musical trio- Shankar Loy Ehsaan.  The pic has allegedly been clicked in Canada itself. Clearly, Shibani is enjoying her time with her rumoured beau there. Does this mean that the couple is soon going to make it official? Take a look at the pic: 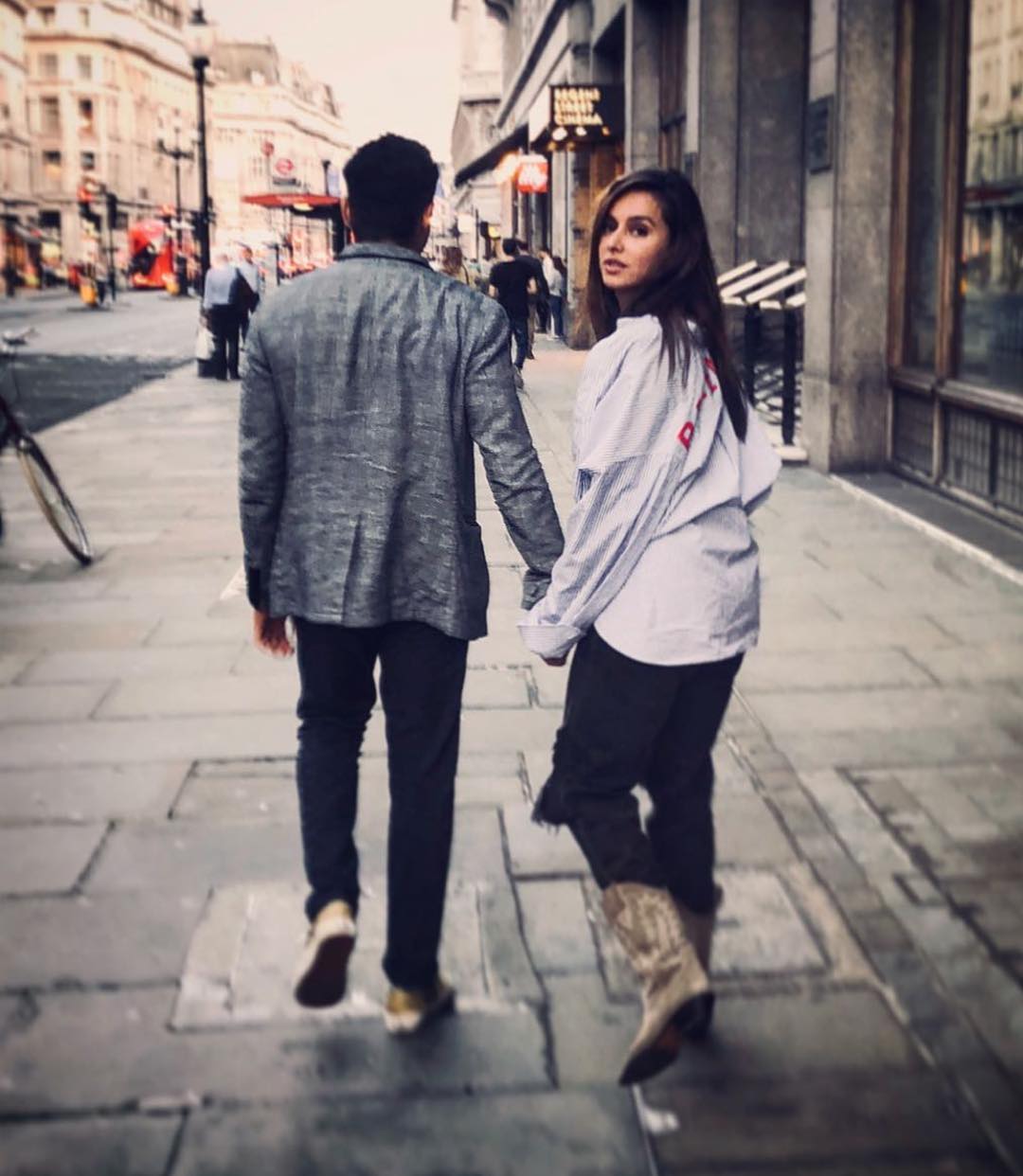 Netizens were quick to recognise that the man is Farhan Akhtar himself. Take a look at their comments: 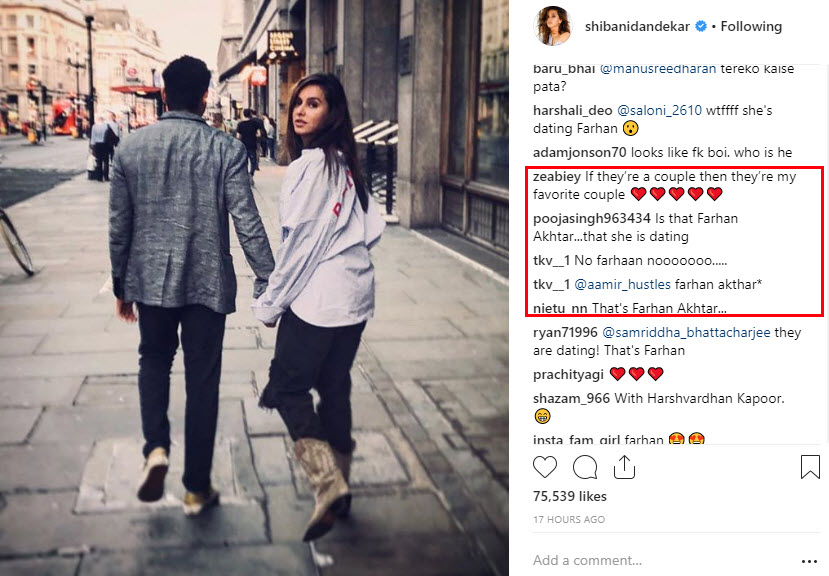 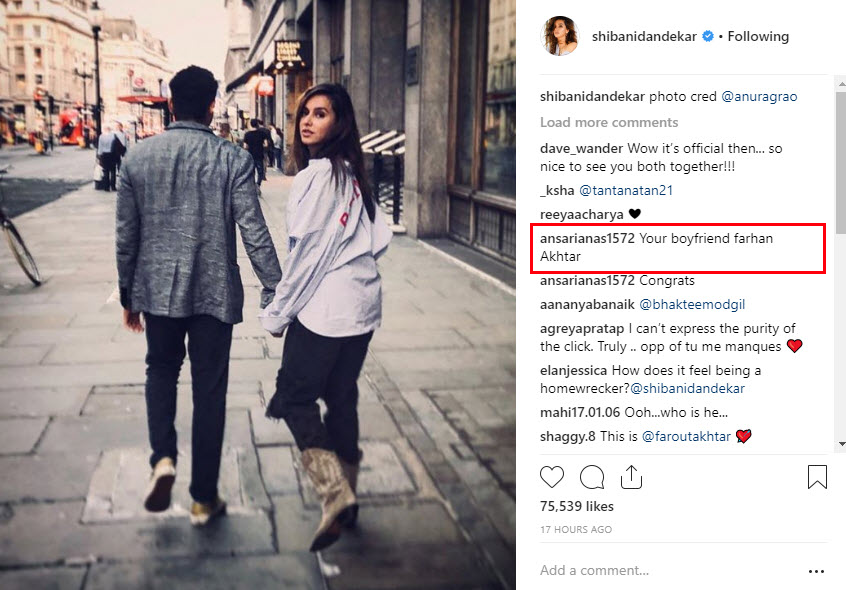 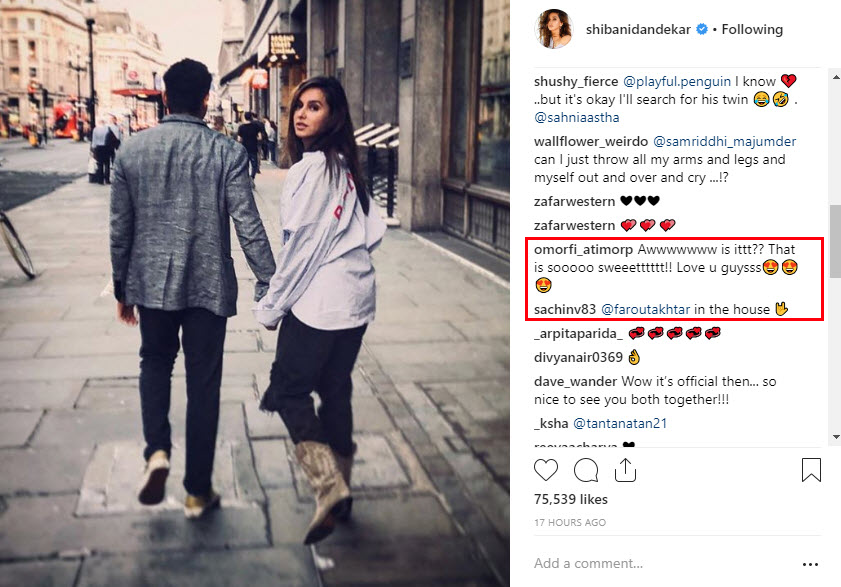 Last week, on August 27, 2018, it was Shibani’s 38th birthday and Farhan had taken to his Instagram stories and wished her rumoured girlfriend showering kiss emojis on her while she was enjoying her dessert. Farhan wrote, "Happy birthday Shibani Dandekar". 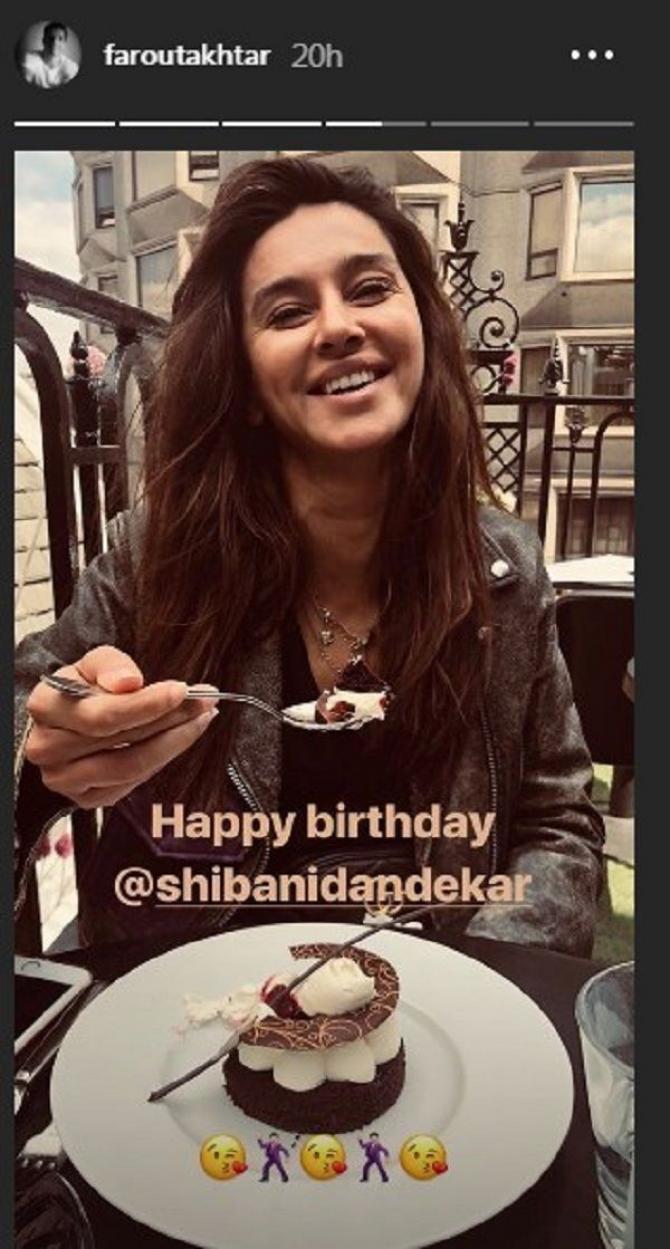 In fact, Shibani had replied back to Farhan’s wish with a big lip-emoji with words, “Thank you” on it. Take a look: 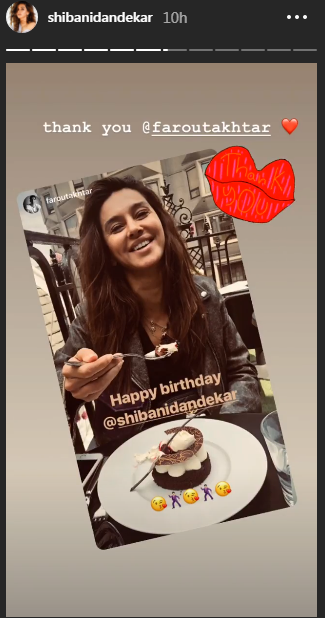 Farhan and Shibani first met on the sets of a TV show, I Can Do That in the year 2015. Naturally, they have known each other for quite some time now. Reportedly, they have been dating for six months now.

The rumours of their alleged relationship have been rife ever since the two were spotted together in London recently. And when a media portal approached Shibani to probe her on the matter, she simply replied, “I have no clue about this”. One being pushed more and asked,” Pray, what does that mean? Can you give us a specific quote?", Shibani was quoted as saying, "Can I call you back?" And of course, the call never came back. (You May Like: Vivek Dahiya's Chiselled Body In Latest Photoshoot Made Divyanka Tripathi Feel She's A 'Lucky Girl') 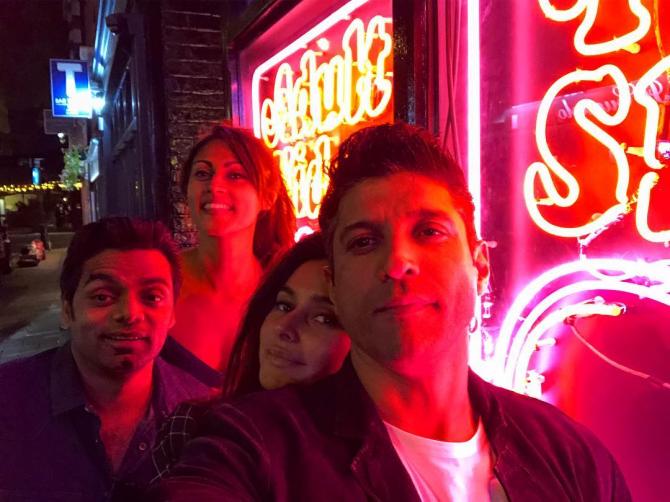 We all know that earlier Farhan was married to Adhuna Bhabani but the couple called it quits in 2017 ending their 16-year-long marriage. Releasing an official statement about their divorce, the couple had then said, “This is to announce that we, Adhuna and Farhan, have mutually and amicably decided to separate. Our children remain our priority and it is immensely important to us, as responsible parents, that they be protected from unwarranted speculation and public glare. We sincerely request that we are given the privacy that is required at this time to move forward in a dignified manner”. 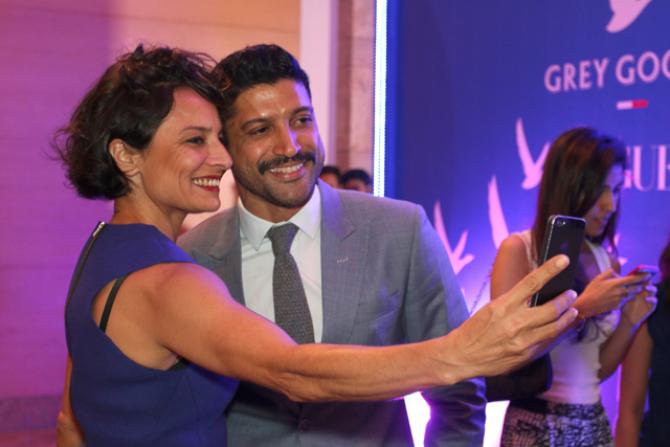 Post his divorce with Adhuna, Farhan was rumoured to be dating and being in a live-in relationship with his Rock On 2 co-star, Shraddha Kapoor. The actress had refuted such rumours and denied any conjectures openly, “I got a message from someone telling me about this article, and initially, I was amused. While it doesn’t make a difference to me because I know it’s not true, it’s sad that these false stories go so far that people forget we are human, too. Of course, we are actors and there will be people who would probably want to read something gossipy about us, but when it involves my father, my aunt and my co-star, it’s taking it too far”. (Suggested Read: Hrithik Roshan Prayed All-Night In 'Mandir' For Sunaina Roshan's Cancer, She Writes Emotional Letter) 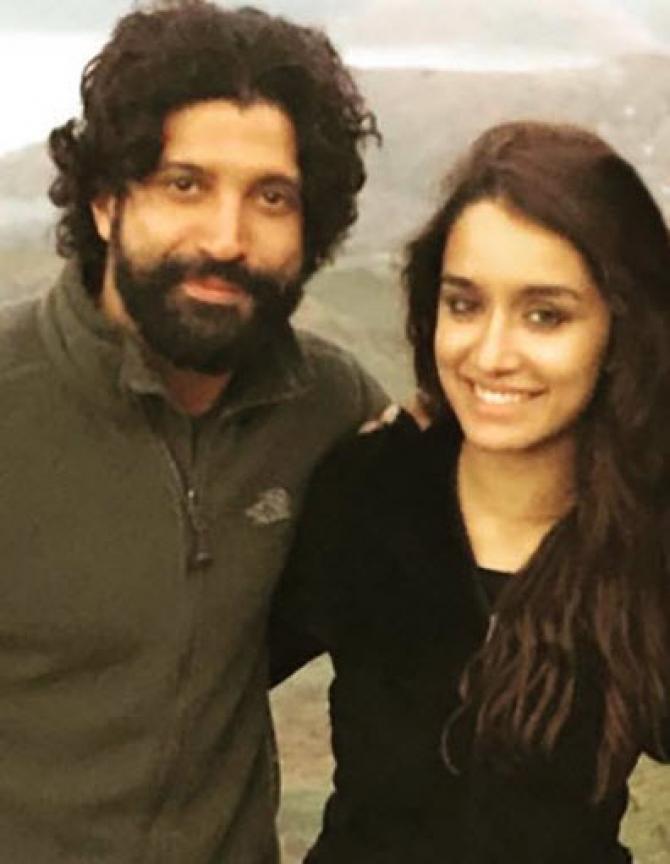 Well, this was so last year and now, in 2018, we are more than excited about Farhan and Shibani. Guys, how do you feel about the fact that Shibani Dandekar has shared a pic with Farhan Akhtar walking hand-in-hand? Do you think they are making it official soon?