When you meet a person and start developing feelings for them, what is it that one thing that you really want to do? To meet that person every now and then, walk hand-in-hand on the streets, go for holidays, celebrate birthdays and never let them go? If your answer to this question is a ‘yes’, then we bet you are totally crushing on someone! (Do Read: Nick Jonas's Ex-Girlfriend Olivia Culpo Opens Up About His And Priyanka Chopra's Engagement)

But you know what? One of Bollywood’s rumoured and hottest ‘pair’ is currently living their ‘dream’ moment! They are actually living all the moments that we had mentioned in the first paragraph. Guess who we are talking about? The multi-talented, Farhan Akhtar and the dimpled super-hot anchor/model, Shibani Dandekar! Yes, the duo is always tight-lipped about their ‘brimming with love relationship’ but as they rightly say, the glow is visible on your face when you are in love! (*wink wink*) 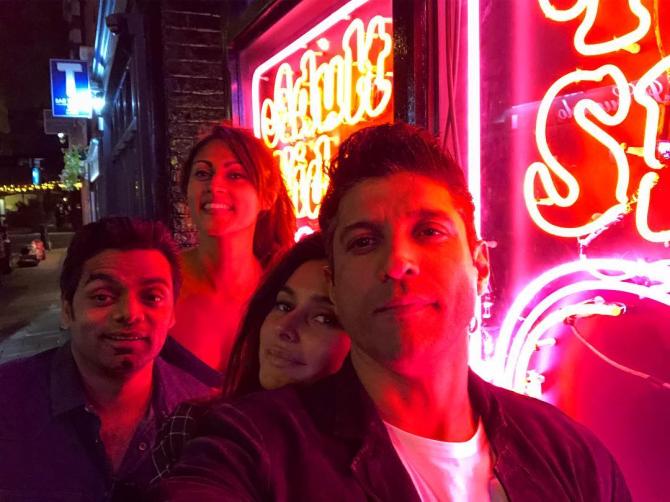 But looks like both Farhan and Shibani are finally coming out in the open about their rumoured relationship and posing pictures with each other. The alleged couple is currently enjoying their trek in Vancouver and are having a gala time. Both Farhan and Shibani are taking to Instagram to post amazing pictures of each other. In one such picture of Shibani, where she is looking all weary, Farhan posted the picture as Instagram story and wrote, “Damn you @faroutakhtar” atop it. Checkout all their Instagram stories and pictures that they had posted from their trek: 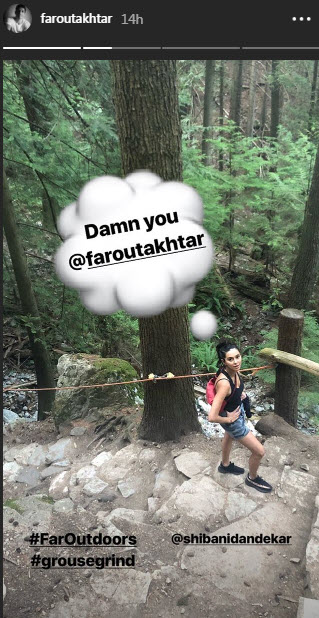 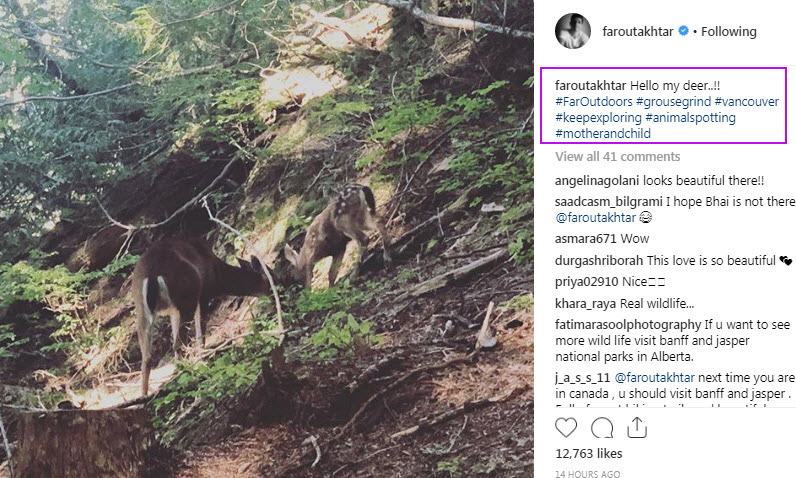 Isn’t it amazing? Do the pictures make you want to ask your love or crush to go on a holiday with you? We copy your answer here! A few days back, Shibani posted a beautiful picture of herself, holding someone’s hand, who is showing his back to the camera. Looking at the picture and the silhouette, it is quite evident that ‘the man in back’ is none other than Farhan Akhtar! Why don’t you take a dig and guess it yourself? 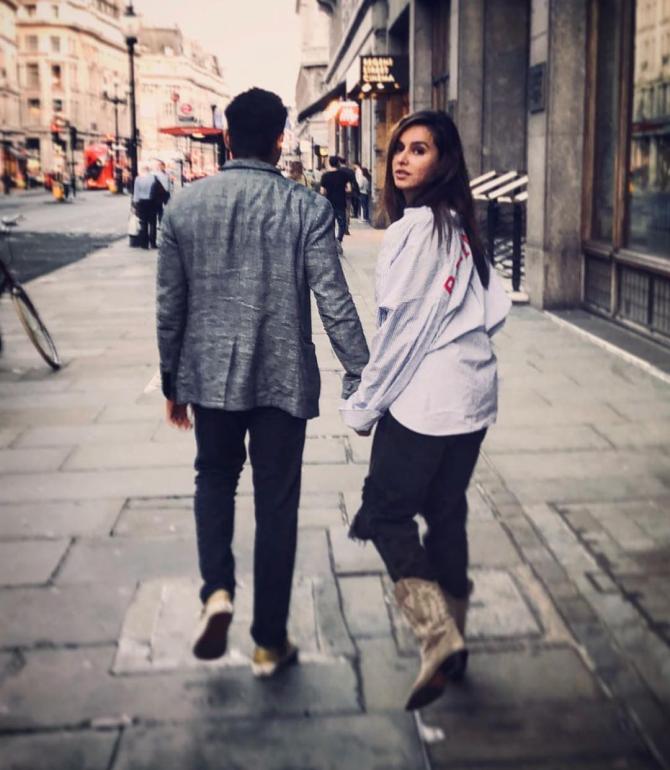 You get what we are saying, right? It was Shibani’s 38th birthday on August 27, 2018, and Farhan made sure that he does something unique for her. Hence, he shared an Instagram story of the beautiful Shibani relishing a yummy dessert, where the Rock On! star wrote, “Happy birthday Shibani Dandekar", atop the picture which was backed by kiss emojis. Shibani too, shared the same picture as her Instagram story and replied with a “Thank you” on it. Take a look: The rumoured couple had met on the sets of the TV show, I Can Do That in the year 2015 and looks like there has been no looking back for them! As reported by SpotboyE, Shibani was reached out by them to comment on her relationship status. When asked, the beautiful anchor had replied, “I have no clue about this”. When pushed more, Shibani was quoted as saying, "Can I call you back?" And needless to say, the call never came. 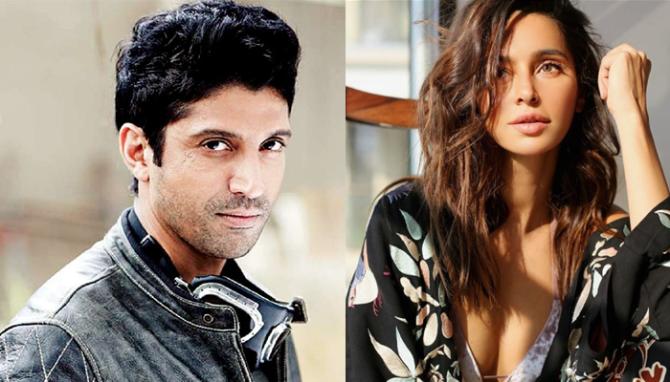 Farhan was married for over 15 years with his now ex-wife, Adhuna Bhabani and the news of their separation shocked many. Both Farhan and Adhuna had released a joint statement announcing their separation to all fans and media. The statement could be read as, “This is to announce that we, Adhuna and Farhan, have mutually and amicably decided to separate. Our children remain our priority and it is immensely important to us, as responsible parents, that they be protected from unwarranted speculation and public glare. We sincerely request that we are given the privacy that is required at this time to move forward in a dignified manner." (Don't Miss! When Farhan Akhtar Commented On Ex-Wife Adhuna Bhabani's Instagram Pic With Her BF Nicolo Morea) Post their divorce, Farhan was claimed to be in a relationship with actress Shraddha Kapoor. However, Shraddha herself denied all such reports and stated, “I got a message from someone telling me about this article, and initially, I was amused. While it doesn’t make a difference to me because I know it’s not true, it’s sad that these false stories go so far that people forget we are human, too. Of course, we are actors and there will be people who would probably want to read something gossipy about us, but when it involves my father, my aunt and my co-star, it’s taking it too far.” 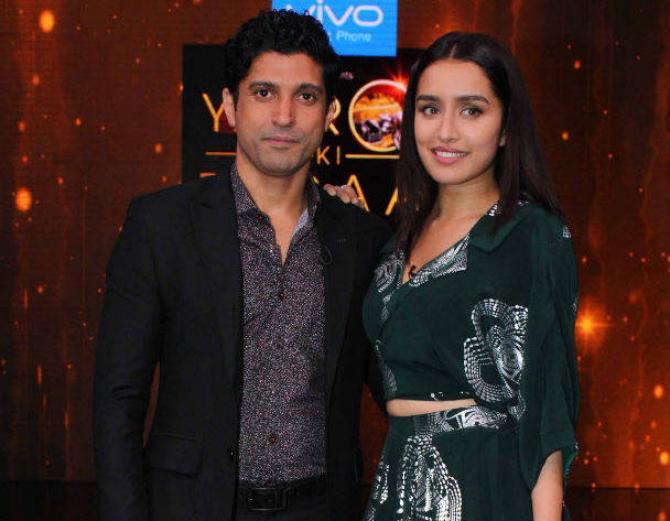 Well, that is all about it as of now! How did you like Farhan and Shibani’s trek-pictures? Do let us know in the comments section below.