Farhan Akhtar and Shibani Dandekar have become one of the 'IT' couples of the Tinseltown. Scroll down as to see how the two have nailed their ramp walk debut at Lakme Fashion Week 2019! Heavy paycheques, luxurious life, paps following everywhere you go, a huge fan base and everything nice, this is how a celebrity’s life looks like to us from the outside. But once you enter the other side of the ground and when you actually become a celebrity, that’s when you know the cons of being in the entertainment industry. Your personal life becomes the talk of the town and newspapers might boast of certain headlines that you never wanted to read about yourself. Your secret paramour no more remains confidential and that’s what happened with Farhan Akhtar and Shibani Dandekar! (Also Read: Varun Dhawan And Natasha Dalal Will Have A Complete Bollywood Style Wedding? Destinations Revealed)

Actions speak louder than words, Shibani and Farhan have been applying the same when it comes to their relationship. They haven’t really spoken about dating each other, but their gestures have always talked about their love chronicle. Do you remember how Farhan had made his debut on Shibani’s Instagram handle? The picture had Shibani holding a mystery man’s hand, who is not facing towards the camera, only his back can be seen. Though many had guessed as to who the guy could be, it was only on September 1, 2018, when Farhan had shared the same picture on his Instagram handle that everyone came to know about their budding love. Checkout the picture in question here: 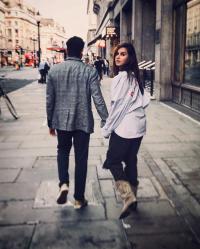 Yesterday, on August 21, 2019, Shibani Dandekar and Farhan Akhtar had walked the ramp for designer, Payal Singhal at the Lakme Fashion Week 2019 and proved to be total ‘ramp rockers’. The much-in-love couple sashayed hand-in-hand in custom-made silhouettes and boy, they did make heads turn! It was absolutely a sight to behold for they had nailed their walk like a pro. But what's even more interesting was Farhan's impromptu moves on the runway, when Shibani already turned for the exit. (Checkout: Amitabh Bachchan And Jaya Bachchan's Unseen Dance Performance At Abhishek-Aishwarya's Sangeet)

To be more precise, in a video that has gone viral, we can see Shibani and Farhan pausing midway to get clicked by the audience and the shutterbugs. While Shibani turned around to make her exit, Farhan kept looking at her whilst walking backwards. This made his ladylove blush and her reaction is priceless! Checkout the video in question here along with the picture from the ramp walk: 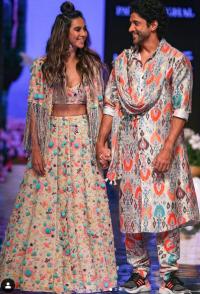 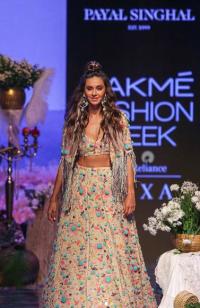 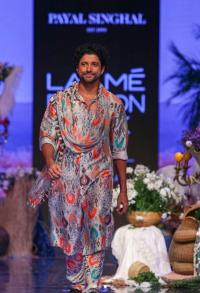 Like any other couple from the entertainment industry, rumours regarding Shibani and Farhan’s wedding too have been rife ever since they had indirectly made their relationship official. Earlier this year, a report had suggested that there are high chances of the two getting married by the end of 2019. In case you have missed out on a DNA report, it had quoted a source as stating, “They are extremely serious about each other and Farhan’s kids have also warmed up to Shibani, so this looks like the most obvious step for the two." (Do Read: Kumkum Bhagya's Sriti Jha Posts Birthday Wish For 'Beau', Kunal Karan Kapoor After Breakup Rumours) 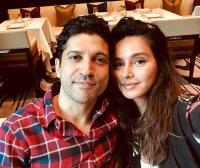 After a lot of speculations, Shibani had once opened up about her relationship with Farhan, in an interaction with the Mid-Day. She had averred, “We are public figures, so people are entitled to say what they want to. But I don't care about their opinion. I'm aware of who I am and I'm comfortable with who I choose to date. I am not secretive, but I don't feel the need to say things out loud. It's up to me to decide when and what I want to share about my personal life, and it is up to the audience to decide how they look at it. How much information I want to put out in the public domain is my prerogative.” 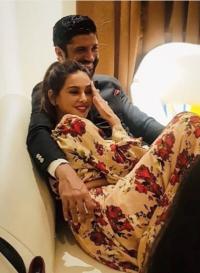 No doubt, Shibani and Farhan’s love for each other is quite evident for they matched their steps quite well on the ramp. Here’s hoping to see more of them together! 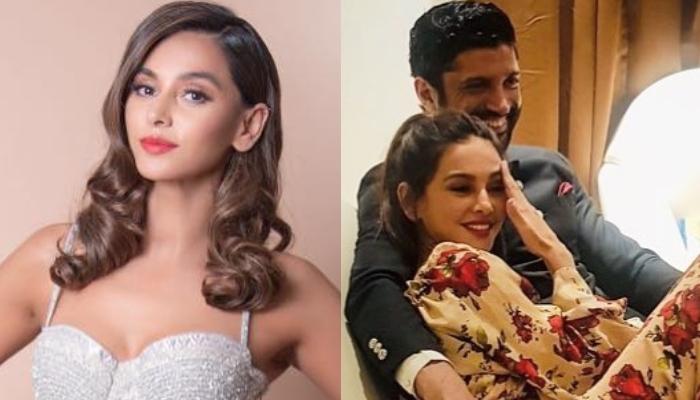