On Kiara Advanis birthday, his rumoured boyfriend and 'Shershaah' co-star, Sidharth Malhotra, penned a lovely note for her and also revealed the sweet nickname given by him to her. Details inside!

Bollywood actress, Kiara Advani turned a year older today, i.e., July 31, 2021, and the internet is buzzing with warm birthday wishes from her massive fanbase across the nation. However, the actress has already received a massive gift, as the iconic production house, Sri Venkateswara Creations has announced the news of Kiara joining the cast of director, Shankar’s next film, RC15.

For the unversed, Kiara Advani will be seen opposite South Superstar, Ram Charan in this mega-budget movie. Earlier, Ram Charan and Kiara had worked in the film, Vinaya Vidheya Rama, which was released back in 2019. There’s no denying that Kiara is riding high on the professional front, as the trailer of her upcoming film, Shershaah, opposite her rumoured boyfriend, Sidharth Malhotra, has impressed the audience, and people are anxiously waiting for the film’s release. On July 31, 2021, Sidharth Malhotra took to his Instagram stories and shared a beautiful BTS picture with his rumoured girlfriend and actress, Kiara Advani, from their upcoming film, Shershaah. In the photo, Sidharth and Kiara can be seen checking their shot on the monitor. However, it was Sidharth’s lovely birthday note for Kiara that made us go in awe of him. The actor started his note by revealing Kiara’s nickname, and it’s way too sweet. His note can be read as “Happy Birthday Ki. Shershaah’s journey with you has been incredible. Lots of memories from this one… Stay amazing. Big Love #HappyBirthdayKiara @kiaraadvani.” 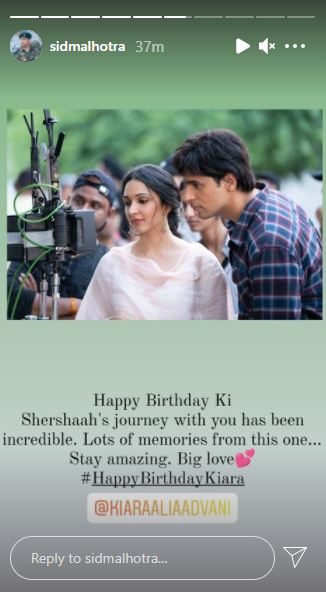 Birthday girl, Kiara Advani and Sidharth Malhotra’s dating rumours are doing rounds in the media for some time now. However, the two celebrities have remained tight-lipped about their much discussed and debated rumoured relationship. Though, there’s no denying the fact that their frequent social media PDAs continue to ignite the spark of hope in the hearts of their fans, who are dying to see them together officially. 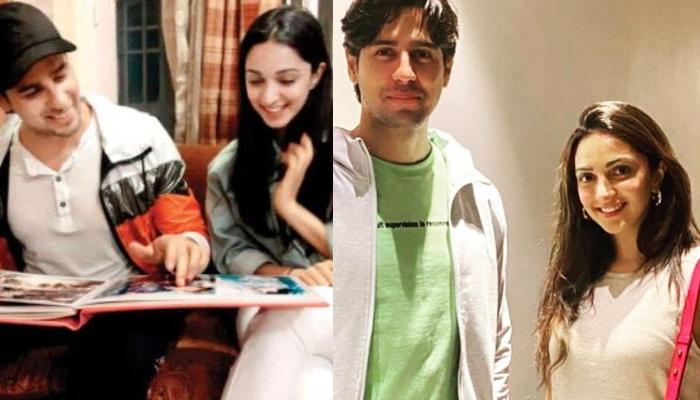 It was on December 30, 2020, when Sidharth Malhotra and his rumoured girlfriend and actress, Kiara Advani, were spotted together at the Mumbai airport by paparazzi. The two had opted for cool and comfy attires for the travel.

While on one side, the handsome hunk, Sidharth Malhotra, had donned a black t-shirt under a silver jacket, which he had paired with orange track pants. On the other side, Kiara had looked beautiful in her white tank top, track pants, sneakers, a bucket hat, and a stylish tote bag. The alleged couple had headed to the Maldives to celebrate New Year. Also Read: Neha Dhupia MercilesslyTrolled For Her Second Pregnancy, Netizens Bring Her 'It's Her Choice' Remark

Kiara Advani had made her debut in Bollywood with the film, Fugly, in 2014. There's no doubt that Bollywood's rumoured couple, Sidharth Malhotra and Kiara Advani, are riding high on the professional front as their recently released film, Shershaah, is undoubtedly the best movie of 2021 so far, according to critics. The film is receiving rave reviews from both critics and the audience. Apart from