Shehnaaz Gill's journey with Sidharth Shukla had begun in September 2019. While the bubbly girl had dreams of cherishing a forever with him, destiny had something else in store for them. Exactly after two years, in September 2021, their journey had come to an end with Sidharth's sudden demise. Since then, Shenaaz is trying her best to bounce back in life but his void is unfulfilled.

On October 28, 2021, Shehnaaz Gill had made her first-ever post on social media, after the death of her alleged boyfriend, Sidharth Shukla. The actress had announced that she will be releasing a heart-felt tribute for Sidharth on October 29, 2021. Sharing a poster with a happy picture of her and Sidharth from Bigg Boss 13, Shehnaaz had captioned it with a frequently used statement for him. She had written in the caption, “Tu mera hai aur …………………… @realsidharthshukla #Sidharthshukla.” Though she did not complete it, she was heard saying ‘Tu mera hai aur mera hi rahega’ to Sidharth Shukla in the show. 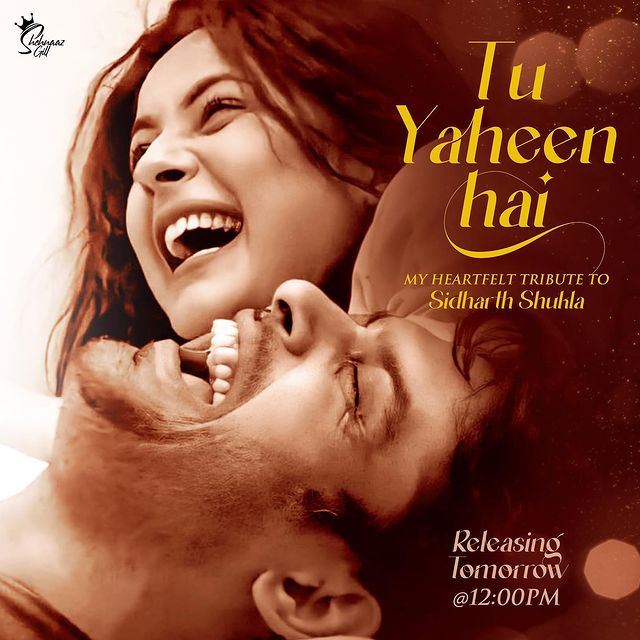 After the release of the music video, Tu Yaheen Hai, many Sidnaaz fans were nostalgic. However, Shehnaaz Gill's tribute to Sidharth Shukla did not go down well with a section of netizens and they lashed out at her for using the actor's name. The tweet can be read as :

“Here we are still mourning this unfortunate event n people who claim to be his close friends are selling emotions in the name of a tribute. Asking us to make reels on someone’s death, counting views and likes! How low will they stoop? Stop the mockery! Stop using Sidharth Shukla.”

After a series of negative comments, Sidharth Shukla's friend, Aly Goni came out in her support and reposted the tweet and captioned it as ''Stop it guys seriously.” However, there was a misunderstanding and to clear that he tweeted once again and claimed that it was Shehnaaz's right to pay tribute to him. His tweet can be read as :

“I think there is a misunderstanding in my last tweet. First of all Shehnaaz Gill ka poora haq banta hai to tribute (Shehnaaz Gill has all the right to pay her tributes) and I loved that song. Secondly, that tweet was for those people who drag Sidharth Shukla in the name of cover songs reels and all. Jo uss tweet mein mention tha. #PeaceOut.”

Suggested Read: Rajkummar Rao Reveals Why His GF, Patralekhaa Thought He Was A 'Neech Aadmi' On Their First Meeting 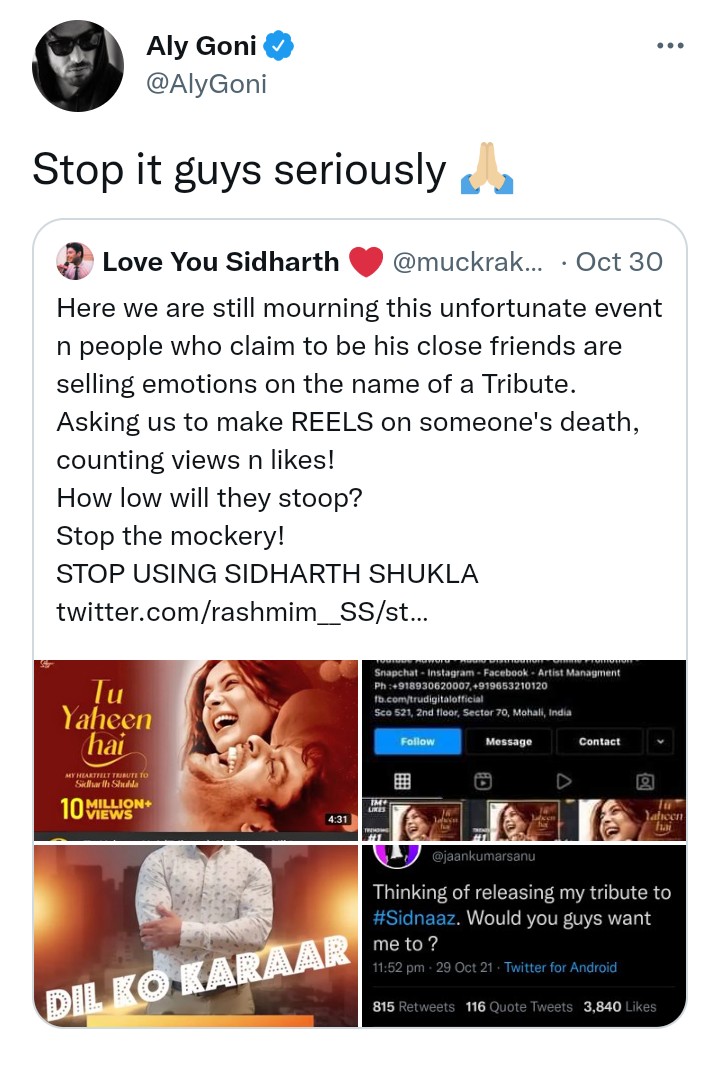 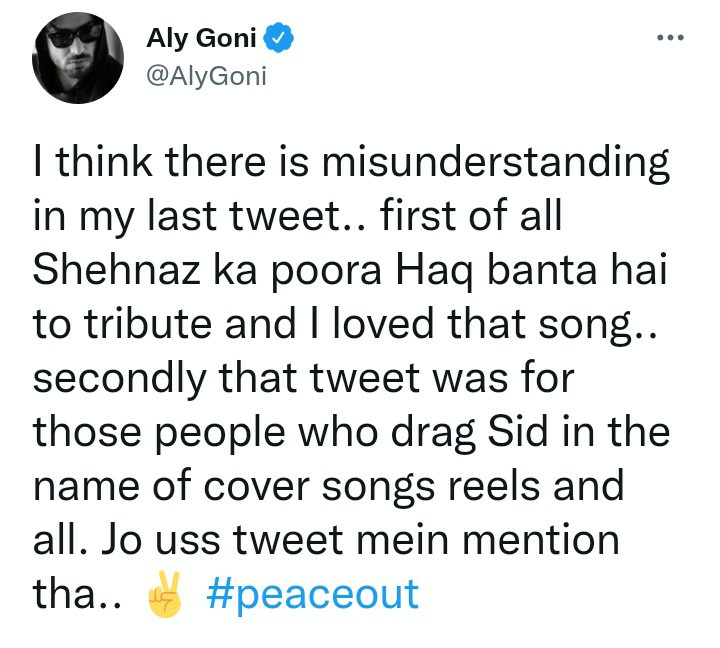 Well, this is not the first time that Aly Goni stood beside his friend, Sidharth Shukla's alleged girlfriend, Shehnaaz Gill. Aly Goni had rushed straightaway to Sidharth's house when he had got the news of his demise after landing in Mumbai from his trip to Ladakh. Taking to his Twitter handle, Aly had shared his pain after witnessing Shehnaaz's devastated state. His tweet could be read as :

For the unversed, after Sidharth Shukla's death, Shehnaaz Gill was first seen in the movie, Honsla Rakh. 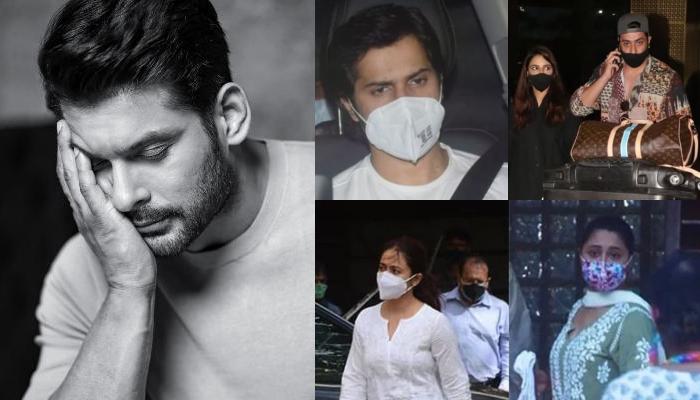 Television actor, Sidharth Shukla passed away on September 2, 2021, due to cardiac arrest, at the mere age of 40. The news had broken the internet, and the whole nation is still deeply saddened and shocked reading the headlines about his untimely demise. While Sidharth is everyone's favourite, there's no