'Bigg Boss' is becoming exciting with every passing day. The fights between Rashami Desai and Sidharth Shukla are getting intense. A recent episode showed Shehnaaz teasing Sidharth on his affair.

Bigg Boss Bigg Boss Ka Hai Game Life Is Not The Same – Bigg Boss season 13 is gearing up on the charts of TRPs with its never-ending dose of masala. The show which is known for its fights, breakups, patch-ups and linkups has been in the news for quite a while. From Salman Khan’s schooling every contestant on Weekend Ka Waar, Shehnaaz and Paras' nok jhok to Rashami and Sidharth taking up a fight every now and then, the show is successfully giving its dose of entertainment to the janta. We have seen catfights, beeped verbal abuses, and even raising hands on each other, everything which is supposed to be a ulanghan in the BB house is done by its housemates. (Also Read: Pooja Bhatt Posts A Candid Picture Of Half-Sister, Alia Bhatt, Writing Down Her Own Destiny)

When we talk about fights, the first fight which crosses our minds is between Sidharth Shukla and Rashami Desai. The two were rumoured to be dating each other before they had entered the Bigg Boss house. From sharing kitchen duties to sharing bed, Rashami and Sidharth leave no stone unturned to lash out at each other. While their fights have become a constant thing in the house, we have seen housemates discussing reasons behind their fights and the two have never addressed the reason for their constant fallouts. Rashami had also claimed in one of the episodes that Sidharth had touched her inappropriately. 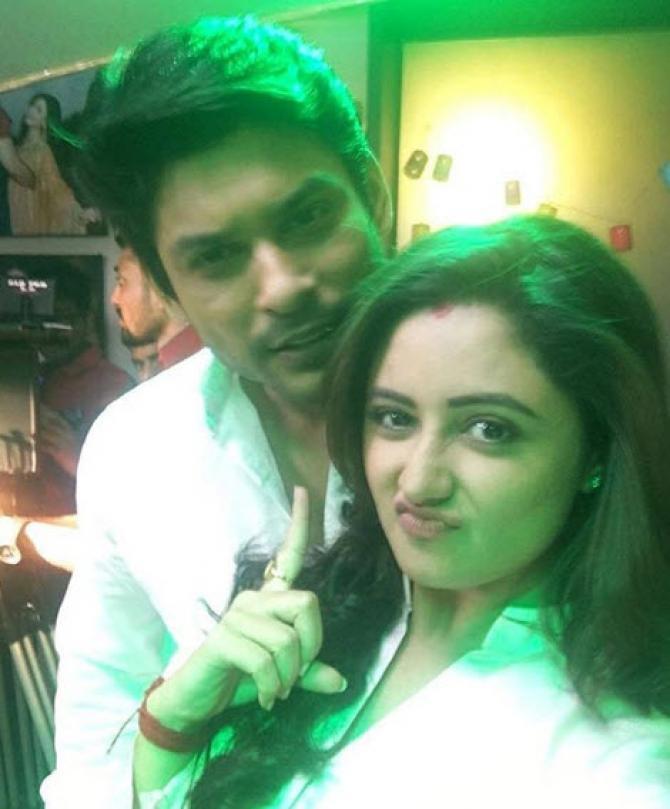 In a recent episode of Bigg Boss season 13, Shehnaaz was seen discussing to Rashami about her show with Sidharth. After a recent BB Home Delivery task, Shehnaaz was asking about his and Rashami’s equation and whether the two had an affair. Sidharth didn’t pay any heed to Shehnaaz’s questions to which she asked Sidharth to pick a finger but Sidharth just snapped her away. Shehnaaz further probed Sidharth that he is still in love with Rashami to which an otherwise angry Sidharth laughed it off.

According to a recent report by SpotboyE, Sidharth Shukla’s Balika Vadhu co-star, Sheetal Khandal had revealed some shocking details about him. Sheetal had claimed to be a victim of Sidharth’s sexist behaviour and had said that he used to behave inappropriately with her on the sets of Balika Vadhu. She had also alleged Sidharth of using vulgar and double meaning talks and since she was new, she couldn’t do anything about the uncomfortable situation. 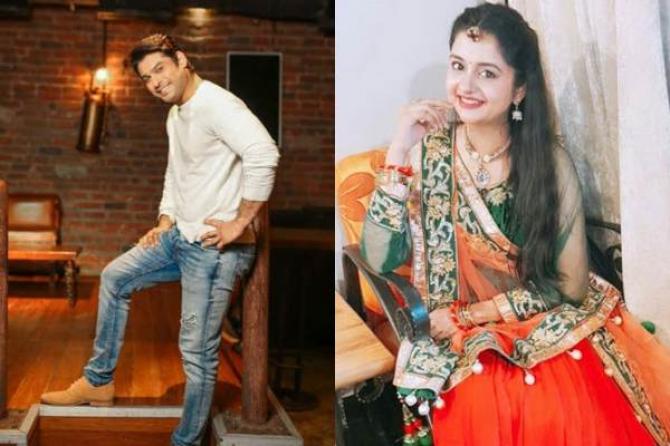 Coming back to Rashami’s allegations on Sidharth, in one of the episodes, Rashami had claimed that Sidharth touched her inappropriately during different events and had made her uncomfortable. Rashami’s claim had not only shocked the housemates but also made Sidharth furious, who went to the confession room to complain about Rashami’s accusations. After Sheetal Khandal’s accusations, we saw some TV celebs talking in Sidharth’s favour. In an episode of Bigg Boss 13, Rashami Desai was seen discussing her equation with Sidharth Shukla with her fellow contestants and had quoted, “We had our fights during the show but we are good friends as well. He is my bed friend forever (BFF, assigned by Salman when they had entered the house) and also takes care of me.”  (Also Read: Bipasha Basu And Husband, Karan Singh Grover, Twin In Black For Ayaz Khan's Halloween Party) 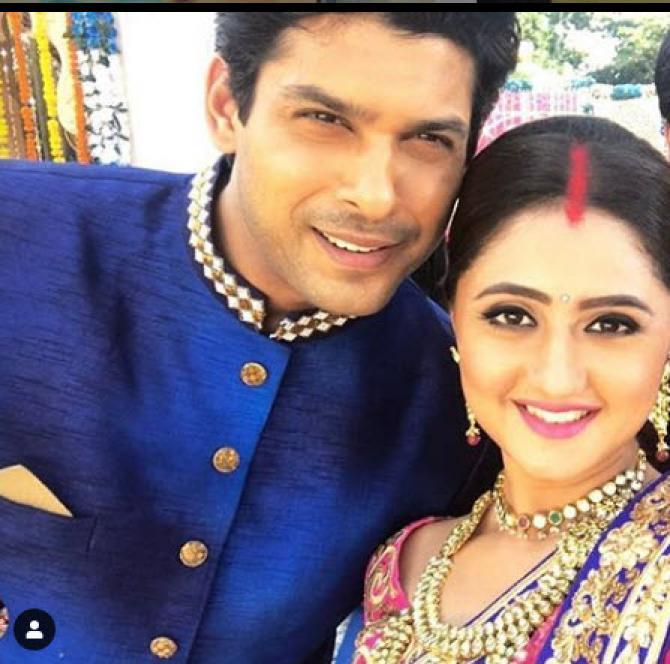 Sidharth Shukla was rumoured to be dating Rashami Desai while shooting for Balika Vadhu, although Sidharth had always refuted those rumours as baseless. According to a report of Times Now, a source close to both the actors had revealed, “Rashami has developed a serious liking for Sidharth, and he has also been reciprocating. Only time will tell if it’s a serious relationship or not, but for the moment, they are spending a lot of time together.” But Sidharth had then dismissed the rumours and had stated, “There is no truth to this story. It’s plain gossip. It might be for the show’s promotions!”  (Also Read: Angad Bedi Reveals His And Wife, Neha Dhupia's Plans To Celebrate Daughter, Mehr's First Birthday) 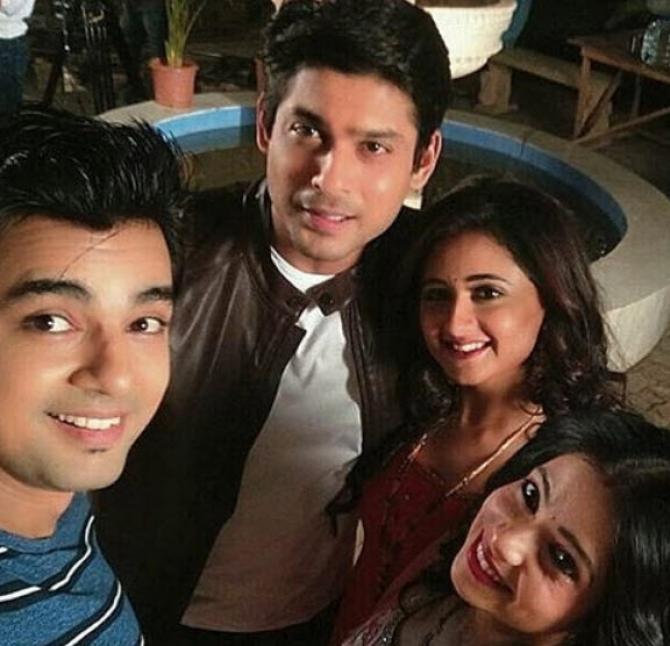 Well, let's wait and watch, what else is in store for Bigg Boss fans. 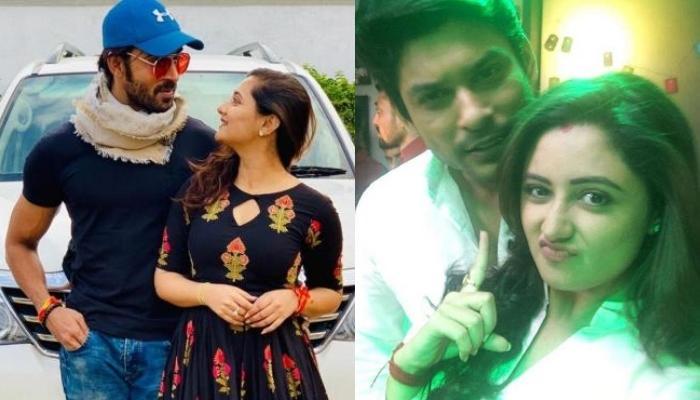