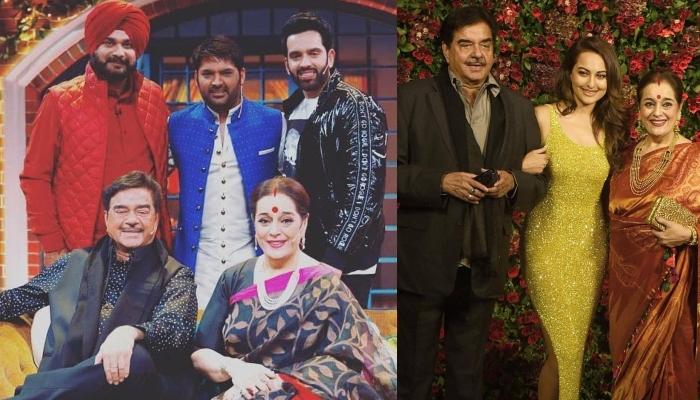 The comedy king, Kapil Sharma is back at ruling hearts with his high-voltage comedy show, The Kapil Sharma Show. While the first episode of season 2 had Ranveer and Sara, the second episode had Bollywood’s loving bhai, Salman Khan and his entire ‘Khandaan’ as the guests. However, the upcoming episode will have the veteran actor, Shatrughan Sinha and his wife, Poonam Sinha as the guests on the show. (Recommend Read: Ranveer Singh Calls Deepika Padukone His 'Jaana-Banana', And We Are Blushing With So-Much Love)

According to a report by The Indian Express, the couple will be sharing their love-story. Poonam shared that they had met on a train from Patna to Mumbai. While she was travelling back home after attending a relative’s wedding, Shatrughan was heading to join FTII. Their berth was opposite each other and they both sat there crying. She further revealed that she was sad as her mother scolded her and Shatrughan was unhappy as he had to leave his parents.

Amazed by her beauty, Shatrughan tried his best to talk to her but couldn’t muster enough courage. His only consolation was when he got to touch her feet accidentally. On which Shatrughan will crack a joke stating that from that day till now, they both are crying with each other.  (Also Read: Unseen Childhood Pic Of Sara Ali Khan Wrapped In Abba, Saif's Arms Tells That She Is A Daddy's Girl)

Further, in the show, Shatrughan will also share the moment when his elder brother, Ram Sinha, and director, NN Sippy took his proposal to Poonam. Her mother rejected the proposal and even got angry at the men for even coming home. She used to feel that Shatrughan looked like a goon with his pale complexion and marks on his face. On the other hand, her daughter was a former Miss India and extremely beautiful. She couldn’t imagine how the two would look together in the wedding pictures.

For those who don’t know, Shatrughan, who was also known as a ladies man was in a relationship with Reena Roy. In a candid interview with Stardust, Shatrughan was asked if he was in love with Reena when he married Poonam. He said, “My strongest emotion at that time was fear. I was very scared. I was happy being a bachelor, but I had reached a point where I was compelled to make the decision. Till the last moment, I wanted to back out. The wedding was in Bombay, I was in London. I caught the last flight which just about brought me in time for the wedding. Poonam was in a state - she thought I was backing out. Poonam has been good to me. If there are any flaws in this marriage, then the drawbacks are mine, not hers.” (You May Also Like: Nick Jonas Took Priyanka Chopra For Caribbean Honeymoon And She Had No Idea About It) 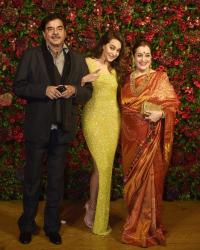 In the years back interview, Shatrughan also revealed why he never married Reena and stated, “Marriage is not and had never been the solution to a problem. In fact, marriage brings about fresh problems. I meet Reena openly. We are working on many films together, including Maati Mange Khoon, Kali Basti, and Dharam Shatru. Recently, I met her at a party and the media wrote about it. It was not our first public appearance together, but the press caught us. They mentioned that I didn't get my wife along for the party because of Reena. That's stupid. I did not think that it was right to take Poonam along because media would have made a huge tamasha out of it. And the three of us would have been guinea pigs for the photographers! I am not quite sure where all this is going to lead up to. It is not the society which is preventing me from making a decision. I just need time to make up my mind about what I want to do. I'm strong but not strong enough. I'm bold but not bold enough.”

Well, we can't wait for the episode!