'Shark Tank India' judge and the Executive Director of Emcure Pharmaceuticals, Namita Thapar opened up about her constant battle with online trolls calling her 'moti' and 'moustache girl'. Check out!

The popular business reality show, Shark Tank India was one of the highest-rated television shows of 2022, and it had taken the entire nation by surprise. While the show played a major role in the lives of many aspiring entrepreneurs from across the nation, it also brought much-needed light on some of our country's hidden entrepreneurs and investors. One such entrepreneur was Namita Thapar, who is the Executive Director of Emcure Pharmaceuticals. The businesswoman's trademark statement, "Ye meri expertise nahi hai, toh I am out", had made her everyone's favourite.

Undoubtedly, Namita Thapar is an inspiration for every young entrepreneur who is fighting against all the odds alone. Because Namita has also made a name for herself without anyone's support. With all her hard work and confidence in her ideas, she has taken Emcure Pharmaceuticals to greater heights in recent years. However, it wasn't an easy road for her. In a recent podcast, she opened up about the hardships of her life. Check it out! 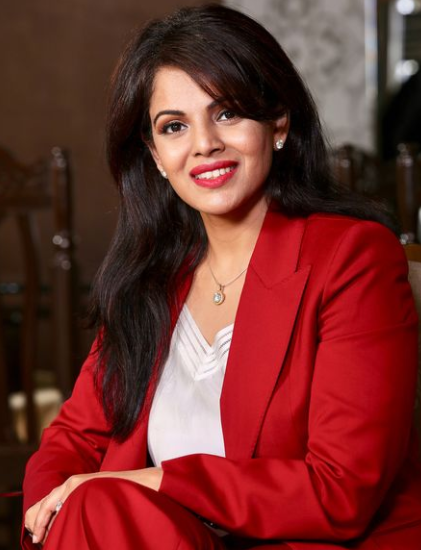 In a heart-to-heart conversation with the famous author, Chetan Bhagat on his podcast, Namita Thapar talked about body shaming and shared her personal experiences. The Shark Tank India judge revealed how her classmates used to make fun of her facial hair and weight. From kids calling her names like 'moti' and 'moustache girl' to making fun of her weight, it was indeed a heartbreaking experience for Namita as a child. Not only this, but Namita also talked about suffering from an emotional eating disorder while she was studying abroad. She said:

"I had facial hair on my upper lip. A lot of girls have. A guy in my class would call me, 'Mishi wali porgi'. 'Mishi' means moustache and 'porgi' means girl. So I would be called 'The girl with a moustache', 'moti'. Like everything else, I have worked hard on myself. I used to feel extremely ugly and had a very low self-esteem. From the university, when I used to return home, I would turn on the television just to hear some noise. I would be sad and lonely and every evening I would just eat one pint of ice-cream. I had put on 20 kilos. I suffered from emotional eating." 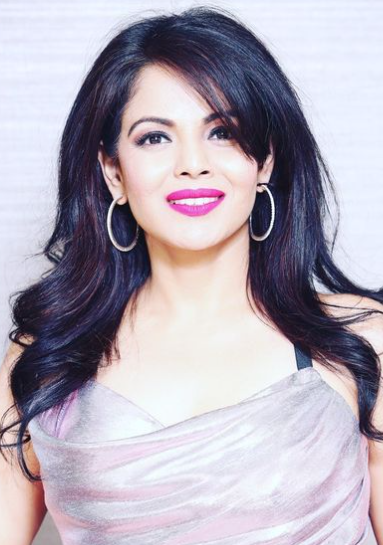 Going further in the podcast, Namita Thapar opened up about the way she was body shamed as a teenager by almost every person. The famous entrepreneur also added that there was a time when not a single guy was interested in her because of the fact that she was overweight. When Namita was asked to reflect on how painful it was for her to hear those things from almost everyone. Answering this, she admitted that it's heartbreaking to hear such things from people, regardless of any age. However, Namita added that those comments were like scars as a youngster. She explained:

"I was very overweight. I had a lot of facial hair and acne. I was body shamed a lot as a teenager. I can't share how much I weighed, it was a lot. No guy looked at me. When you are body shamed to that extent as a teenager, it leaves a lot of scars." 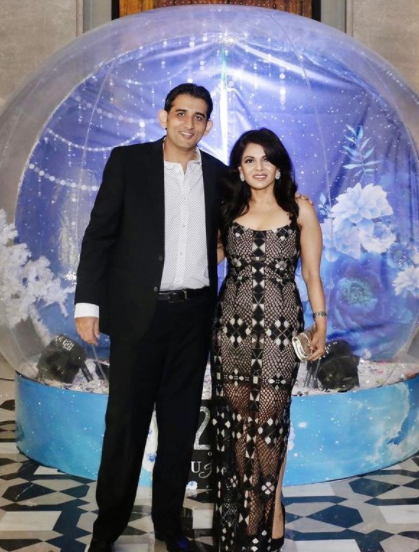 In the same podcast, Namita Thapar also talked about being nervous about her physical appearance even after her marriage to her husband, Vikas Thapar. The Executive Director of Emcure Pharmaceuticals added that she always used to think she was not a perfect fit for her husband's side, as they all looked like celebrities. Thus, in order to get fit, Namita joined yoga classes and did a lot of trekking to lose weight. With time, she had started seeing results, and the entrepreneur had completed her challenge to lose 25 kilos to herself. Talking about the same, she said:

"It happened after marriage. My husband belonged to a glamorous Punjabi family. Every family party was like Bollywood parties. They all looked like celebrities and I felt I didn't fit. I had time in my life. All my life, I was always studying. I was working and I had time for myself. I challenged myself and lost 25 kilos. I worked hard. Bay area has a lot of hills. I joined a group and we went trekking, I would do kick-boxing, I did yoga and a lot of things. I started eating right, I cut down on sugar." It's incredible how Namita Thapar shared her journey with no filters, and indeed, it will help and inspire others to fight against the same.