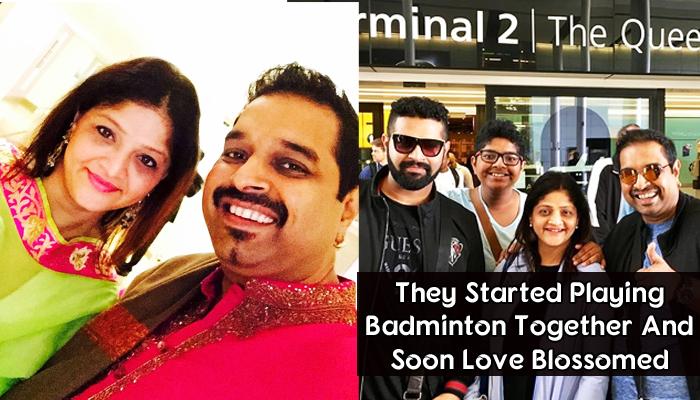 Marriages are made in heaven and Shankar Mahadevan and Sangeeta’s strong bond proves this adage just right! As kids, Shankar and Sangeeta, lived in the same neighbourhood, just diagonally opposite to one another.

Recommended Read: Sabyasachi Accepts His Mistake For Claiming That He Designed Virat's Outfit For Mumbai Reception

While Shankar belonged to Palakkad in Kerala, with his native tongue being Tamil; Sangeeta belonged to a typical Maharashtrian family. Now, let’s explore their love story beyond cultures and languages. 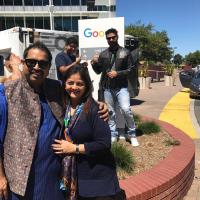 It was at the age of 16 that Shankar laid his eyes on Sangeeta, who was 14 then, for the first time. The duo had come with their friend circle to play when they saw each other. Their love for badminton was another thing that brought them closer. They started playing badminton almost every evening and soon turned into friends. And from there on, it didn’t take their friendship too long to blossom into true love. However, his melodious voice did not contribute to making Sangeeta fall for him. Sangeeta said:

“It happened gradually and naturally.”

Also Read: This Is Why Taimur's Step Brother And Sister Missed His First Birthday Bash

Sangeeta and Shankar dated for over ten years before deciding to tie the knot. Though the couple tried their best to keep their affair a secret, their camaraderie was too striking to miss. Soon, Sangeeta’s brother got to know about their relationship and confided to his family. Neither Sangeeta nor Mahadevan’s family opposed the match. However, they did restrict the couple for openly meeting and going on dates. But, where there’s a will, there’s a way. The couple used to find out ways to sneak and meet and continued their relationship secretly.

Shankar and Sangeeta’s love and longing for each other made both their families agree to their alliance. The couple tied the knot in 1992. By this time Shankar had quit his job and had decided to give it a go in the music industry. Both the families completely supported his decision and Sangeeta stood by him rock solid. 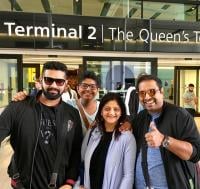 Soon after the couple celebrated their first wedding anniversary, they were blessed with their elder son, Siddharth in 1993. They were blessed with a second child in 2001. Since her husband was still trying to make a mark for himself in the industry, Sangeeta had to manage both her kids and the home. But she received incredible motivation from her family and Shankar’s family which kept her going.

Suggested Read: Newbie Mom Malini Kapoor Shares The Name Of Her Little Son And It Is As Beautiful As Him 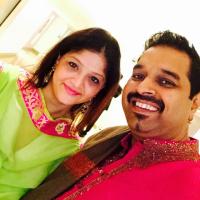 Though it took Shankar quite some time to carve a niche for himself in the industry, but now, Shankar has emerged as a force to be reckoned with. His elder son made his debut with music maestro A.R. Rahman in 2013 with the song Zinda from Bhaag Milkha Bhaag. Their younger son is also learning classical music and wishes to join the Indian music industry. Sangeeta too loves singing and remains one of Mahadevan’s biggest critic so far.

You May Like: After Anushka And Ileana, This Famous Bollywood Diva Secretly Gets Married To A Cinematographer 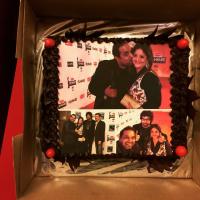 In his free time, he loves to spend time and cook for his family. In an interview, Sangeeta had revealed that being a chef would have been his second option had he failed in the music industry.  As far Shankar – the husband – is concerned, he is leaving no stone unturned to spend as much time as possible with his family and make the most of the initial few years he missed out on.

Wow! Isn’t this a sweet, simple and amazing tale? It seems Shankar and Sangeeta were just made for each other since childhood. We so love the both of them and wish them happiness and togetherness.

Next Read: Move Over Santa Claus, These Adorable Celeb Babies Are Here To Spread Merriness All Around