'Bigg Boss OTT' contestant, Shamita Shetty wore a rani pink saree on the occasion of Ganesh Chaturthi. However, it coincidentally twinned with her sister, Shilpa Shetty and niece, Samisha's outfit!

It is a very common saying that sisters are connected by the heart. Our Bollywood actresses and sister duo, Shilpa Shetty Kundra and Shamita Shetty are proving it to be true despite being miles apart from each other. Not only that, but they are not even connected through phones or social media. Still, they have managed to exude some major sister goals.

For the unversed, Shilpa Shetty Kundra's sister, Shamita Shetty is a contestant of the most controversial reality show, Bigg Boss OTT and she is away from her family, owing to her participation in the show. However, it seems like the Mohabbatein actress' mind is still left behind with her family as she coincidentally did such a thing that made fans surprised. 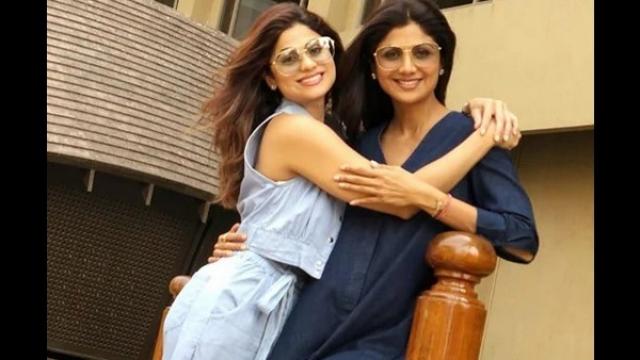 On the occasion of Ganesh Chaturthi, Shilpa Shetty Kundra brought Bappa to her home and the actress was seen wearing a bright pink colour polka dot suit. Her daughter, Samisha Shetty Kundra also wore a dress, that was stitched out of the same fabric. Shilpa's sister, Shamita, who is inside the Bigg Boss OTT house, was, later on, seen wearing a saree of the same colour and print along with a sleeveless blouse while performing an aarti on Ganesh Chaturthi.

Fans noticed this uncanny resemblance between the Shetty sisters and soon the picture collages of Shamita Shetty and Shilpa Shetty Kundra were shared online. Shilpa reshared one such post on her Instagram stories and wrote, “Wherever we may be, we will always complete each other, My Tunki." atop it. She also added the ‘Twinning and Winning’ hashtag on her IG story. On the auspicious festival of Raksha Bandhan on August 22, 2021, the Shetty sisters were not able to be together as Shamita was inside the Bigg Boss house. However, her sister, Shilpa Shetty Kundra, did not forget to dedicate a special message for her to reminiscence their bond. Shamita was shown a video message from her sister. In the video message, Shilpa had said, "Big Brother ya Bigg Boss tapak hi jaate hain humari zindagi mein. Pata nahi kya rishta hai. But tum jaanti ho ki waqt padne par hum khud hi ek doorse ke bhai behen ban hi jaate hain."

As Shamita was going through a very tough time in the show, Shilpa Shetty Kundra had further told her that she should take good care of her health and stay strong, because only then, they will be able to stay happy. She had added, "Toh mere bhai, apna khayal rakhna, strong rehna. Kyuki agar tum strong ho toh main strong hu, mummy strong hain. Mummy is good, we are all missing you. Sending you lots of love and aise hi khelte rehna.'' After seeing the video, Shamita had broken down into tears. 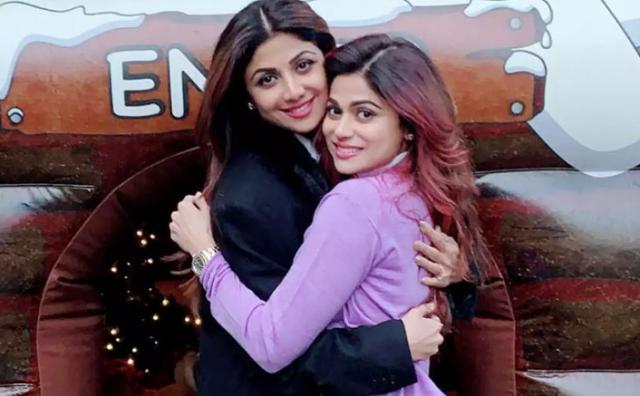 On the work front, Shilpa Shetty Kundra was last seen in the film, Hungama 2.