'Shakuntala Devi' actress, Vidya Balan was in a rumoured relationship with Shahid Kapoor and here's what she had said about all those rumours on Karan Johar's talk show, 'Koffee With Karan'.

No doubt, we all hate rumours and speculations, and everyone wants to know the truth without any filters. But the gossip mills are one of the essential parts of the entertainment industry as headlines play a significant role in celebrities' career nowadays. And one of the crucial area of interest of gossipmongers is, of course, celebrities' private lives, as fans always want to know everything about the real-life of their favourite stars. One such actress, whose life has always been under the scrutiny of gossipmongers, is Padma Shri awardee, Vidya Balan, who is in the headlines for her upcoming film, Shakuntala Devi. (Recommended Read: The Alleged Love Affairs Of Bollywood's 'Queen' Kangana Ranaut That Lead To Controversies)

For the uninitiated, Vidya Balan had gotten married to Siddharth Roy Kapur in 2012 in a traditional wedding ceremony. The couple has been giving major relationship goals through their PDAs on their respective Instagram handles. But how many of you know about Vidya Balan's rumoured relationship with Bollywood's not-so-anymore elite bachelor, Shahid Kapoor? And who is aware of those headline-breaker remarks from Vidya Balan back on Karan Johar's show, Koffee With Karan? Scroll down to know it all! 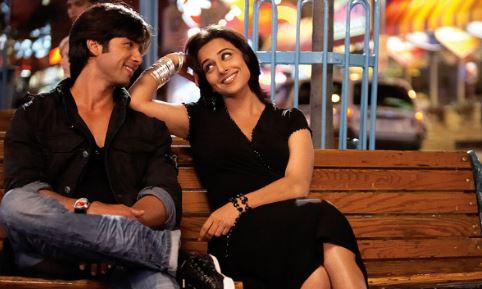 Shahid Kapoor and Vidya Balan had met on the sets of the movie, Kismat Konnection. Their supposed affair was the talk of the town for months after the movie's release, but neither of them had confirmed the news. And if rumours are to be believed, then Shahid and Vidya had drifted apart because of his caustic remarks regarding Vidya's weight. Well, we aren't sure about the truth behind the end of their rumoured relationship. But it was Vidya Balan's appearance on Karan Johar's popular chat show, Koffee With Karan, along with Rani Mukerji during their film, No One Killed Jessica's release that had changed it all. The actress had dropped a fiery statement while reacting to Shahid and her relationship rumours that had clearly shown the bond isn't there anymore. She had said, "You know, it's been two years since the linkup. I am fed up of the name Shahid Kapoor. I want to be linked with other men. I am not saying that there was no smoke and there wasn't fire. I am saying I am not telling you who was stoking that fire." 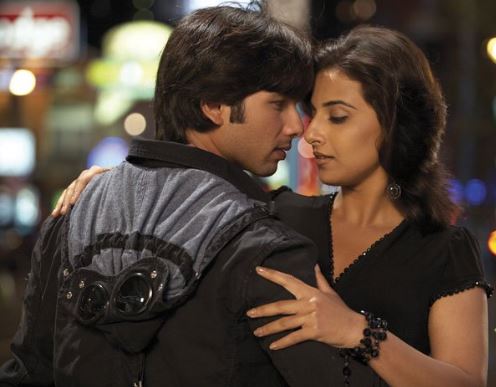 The actress is living a happy married life with her hubby and Indian film producer, founder of Roy Kapur Films and the President of Film and Television Producers Guild of India, Siddharth Roy Kapur. The lovebirds are only going strong ever since, and this is what we wish for the cutesy couple. On January 1, 2019, Vidya Balan had turned 40, and the doting husband had left no stone unturned to make her birthday bash the most happening one. Apart from organising a birthday party with a retro theme (as it's Vidya's favourite), Siddharth had given a pleasant surprise to his birthday wifey. Take a look. Well, the doting hubby had gotten his wife's face printed onto some of the 1979's film's posters. The Kahaani actress herself had shared this on her official Instagram handle. She had posted a video of the same and had written, "I've often said I was born too late and that i would've loved to be an actor in the '60s & '70s. My special someone, #siddarthroykapur took me seriously and guess what!?? He got my face printed onto posters of some of the films that released in 1979, the year I was born!! #Canyoubelievethis!? Here, checkout: (Don't Miss: Most Expensive Divorces Of Bollywood That Made Celeb Husbands Almost Bankrupt)

In a throwback interview, Vidya had revealed how Siddharth had proposed to her and how serious it was. Talking about the same, she had explained, "When Siddharth proposed, I couldn't believe it initially. Since we were together, I knew we would talk marriage at some stage. And then, he popped the question and did not even wait for a reply. It was taken for granted! I could have gone on living without marriage, but I do not believe in live-in relationships because it may be difficult when you want a child. When he proposed, I was like, "Okay, so now we need to talk about it." (Also Read: From Jaya Bachchan To Sharmila Tagore: 7 Most Powerful 'Saasu Maas' Of Bollywood) Do you find Vidya and Siddharth perfect together? Let us know!