In the darkest days, when you feel nothing is right, you think of your father and how he would make everything seem alright. Well, the bond a girl shares with her father can never be expressed in words. They are our unsung heroes without capes, they fight the mighty monsters under our beds, and make us believe that all our dreams can turn into reality. (Recommend Read: Varun Dhawan And Natasha Dalal's Cosy London Picture Is All About The Warmth Of Love)

A similar kind of bond is shared between Indian dancer and Bollywood choreographer, Shakti Mohan and her father, Brij Mohan. The Mohan family’s world trembled a little when their father got admitted to ICU on Neeti Mohan’s wedding day. Later, Mukti Mohan confirmed the news to SpotboyE and stated that their father is fine, and had said, “Dad cannot take too much physical stress, so we had kept him in the hotel room. He was not to be seen at the mandap and people freaked out.”

She further went on to say, “Well, we had called the doctors to the hotel room and they suggested that he should be shifted to the hospital. Actually, a year and a half ago, Dad had become very serious owing to some exertion. Since then, we have been very careful when it comes to any hectic schedule/work where he is involved.” (Also Read: Melvin Louis And Sana Khan Get Trolled For Dating Each Other, He Gives It Back Like A Boss) 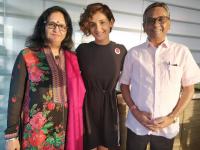 On February 26, 2019, Shakti took to her Instagram handle to share a heartfelt note for her ‘daddy dearest’. She posted a couple of pictures and wrote, “My dearest & most precious papa, with you by my side I feel everything is alright. I feel proud to be your daughter. You are the bravest and the most courageous man I know... Thank you for making us independent, fearless fighters in this world and for always letting us be who we are. You are the reason why we are pursuing our dreams today. You are the reason why we are a family. I respect you and I love you for always empowering us with knowledge and good values. Stay healthy Love you Papa! Your daughters.” Check out the pictures below: 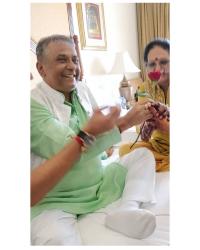 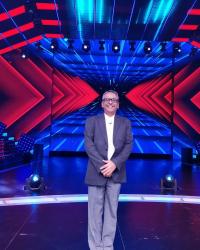 Shakti’s sister, Neeti, is one of the most celebrated singers in Bollywood. She tied the knot with her long-time boyfriend and now husband, Nihaar Pandya on February 16, 2019, at Taj Falaknuma Palace in Hyderabad. Earlier, in an interview with SpotboyE, she spoke about her love story and had revealed, “We both have strong values and quite similar ones. I think Jimmy (former member of Aasma band) knew that, and trust me, he was very sure that we would click. He introduced us at a wedding, where Nihar was accompanied by his parents. They met me very warmly and there was an instant connect with not just Nihaar but also his family members”. (You May Also Like: Ekta Kapoor Reveals How Once Shahid Kapoor's Wife Mira Rajput Added Her To A Moms' Group)

She further went on to say, “After that, Nihar met my parents. My Dad loved him almost instantly. He used to keep saying, “I have four daughters. Why is none of them getting married?” She also opened up about the qualities that attracted her towards Nihaar, and said, “Well, I am beyond gauging a person based on his looks. I try to gauge the inner core of the person, which I think is so prevalent in Nihaar.”

Nihaar has spilled the beans of their love story on The Kapil Sharma Show where he had appeared with his then girlfriend, Neeti, and had said, “A friend of mine was a member of Aasma, the band that Neeti was a part of at the beginning of her career. I asked him several times to introduce us but that never happened. Coincidentally, I met her in Goa at the same friend’s wedding almost a year ago, and that’s when our love story started.” Nihaar also talked about how he popped the question to Neeti and her reaction to it. He was quoted as saying, “We were taking a stroll around my farmhouse and upon reaching a pre-decided spot under a tree, I went down on one knee and asked her, ‘Tu shaadi karegi mujhse?’ and at that very moment, a phoolon ki baarish happened”. (Don't Miss: Kasautii Zindagii Kay's Hina Khan Looks Surreal As Bengali Bride, She Is Rocky Jaiswal's Dream Bride)

Well, we love the Mohan sisters and their inseparable bond! What about you? 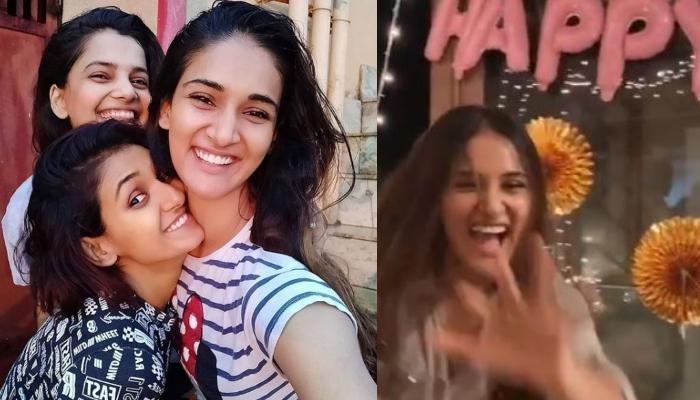 In India, when sisters are together, they need no 'misters' and are enough to destroy the shanti of the entire house with their talented activities. The sisters know how to make their lives extra nice or extra salty. And if we want a perfect example of it then Mohan sisters, Neeti Mohan,