While superstar, Shahid Kapoor stills steals our heart with his one look, his daughter, Misha Kapoor is not less than a fashionista. Scroll down to see her setting trends with her style files! 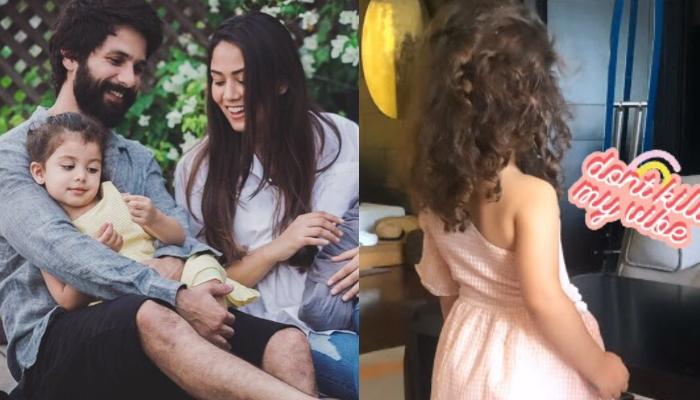 In a world full of fashionmongers following trends, it takes someone strong to be the classic! And, looks like Bollywood heartthrob, Shahid Kapoor’s little daughter, Misha Kapoor is soon going to be the epitome of it. (Recommend Read: Unseen Picture Of Anushka Sharma And Virat Kohli Dancing Crazily Together At Their Delhi Reception)

While Shahid still continues to rule our hearts with his stunning looks and charming personality, his daughter, Misha brings the brightest smile on our face. And thanks to mommy, Mira Rajput Kapoor, we get daily dose of what’s going on in their munchkins life. Misha blossomed into the Kapoor Khandan on August 26, 2016. 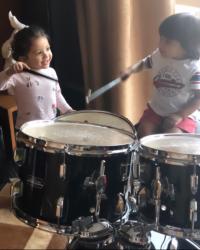 When Mira entered the Tinseltown, no one knew that she would set trends and become every designer’s favourite muse. Looks like Misha is following her mommy’s footsteps as she is making us go gaga over her fashion sense. On May 3, 2019, Mira took to her Instagram stories and posted a couple of picture of baby Misha showing off her pretty pink off-shoulder dress. She not only picked the dress on her own but also opted for eye-catching gum boots. Take a look at the pictures below: 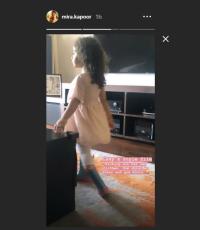 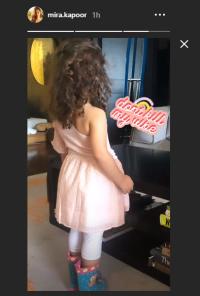 Shahid’s entire life changed when Misha entered his life. In a throwback interview, the doting father had talked about embracing fatherhood, and had shared, “Now, I don’t feel like leaving home, and that’s a new feeling for me. I can spend the whole day at home with Misha and Mira, and that in itself is a day well spent. This thought never resonated with my personality before. So that’s a big change for me.” (Also Read: Taimur Ali Khan Looks Sleepy After Pyjama Party At His Playschool, Turns Artist At The Party)

Shahid had also opened up on his equation with kids and had said, “Whenever we meet someone who also has a three or four-month-old baby, I go ahead and say, ‘Misha bhaiya ko hello bolo (laughs) [Misha, say hello to your elder brother]’. So I’m quite crappy like that. Mira abhi se chalu ho gaya hai [I have already started being too protective].” 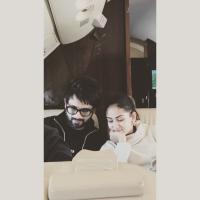 On the other hand, Mira, who took the big step of marrying a super-star and stepping into his world, understands Shahid’s concern and love. In an interview, she had revealed, “Shahid is an extremely loving and supportive husband. It comes naturally to him. The smallest things he does make me smile and feel so loved, like when I wake him up in the middle of the night with a foot cramp and he soothes it.”

In another interview, Mira had talked about her first pregnancy, and had shared, “I had a tough pregnancy, I went to those 5 months of difficult times to bring my daughter into this world, in fact, both of us together (Shahid Kapoor and she). So now I want to spend every moment that I can with her and I think there is a set of responsibilities around my plate and I feel at my age I have a lot more energy, I have my future ahead of me, so I can finish all of my responsibility and I have nothing in my way. I can raise my daughter, I can be a good wife. Nothing will stop me after that. I love being at home, I love being a mother to my child, I wouldn’t want to spend one hour a day with my child and rush off to work, why did I have her? She is not a puppy; I want to be there for her as a mother.” (Don't Miss: Milind Soman Reveals His Mother-in-Law Is Younger Than Him, Shares Parents' View On Their Marriage)