Shahid Kapoor posted a picture with Mira Rajput Kapoor and even though it was a blur one, it was adorable enough to express how much he misses her. Check out why netizens trolled him on the picture.

Pictures can be blurred but memories can’t. Photography is how we record the special moments of our lives and capture them to cherish forever. Every picture is beautiful and perfect as long as it reminds you of your precious memories. Since a blurry picture with Mira Rajput Kapoor reminded Shahid Kapoor of his wife, he posted the same on his Instagram handle with a ‘miss you’ caption. While we admired the way Shahid had expressed his feelings on social media for Mira as after lockdown, he went for the shoot leaving his family, the ‘blurry’ picture didn’t go well with some netizens. Shahid was trolled for his ‘miss you’ post for Mira. (Also Read: Amrita Rao Reacts On Her Link-Up Rumours With Co-Star, Shahid Kapoor, Says They Weren't Even Friends)

Trolls never leave Shahid Kapoor and Mira Rajput Kapoor’s side as every now and then, for what they do, netizens find a flaw and troll the couple. It had begun with Shahid and Mira being criticised for promoting arranged marriages and having children at an early age. Then happened the infamous comment of Mira when she had said, “my child is not a puppy” and made a statement on working women. From featuring on Vogue cover while on the other hand speaking against nepotism to their PDA, Shahid and Mira aren’t new to the social media trolling. 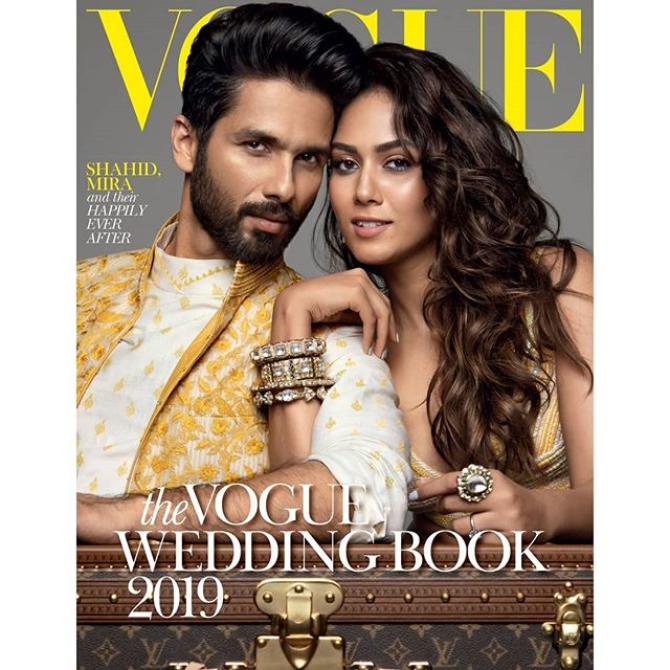 In September, Mira Rajput Kapoor had posted a ‘Yin & Yang’ picture with Shahid Kapoor and their monochrome selfie had spoken volumes of their everlasting love and togetherness. Shahid posted another picture from the same day with Mira and even though it was a blur one, it was adorable enough to express how much he misses her. Shahid captioned the post as "#imissyou" followed by a heart emoji. Mira commented on his post, "Aren't you glad I didn't put up the #IMissYouToo post." While many of his fans gushed over their social media PDA, some trolled him for posting a blur picture. Check out the comments: 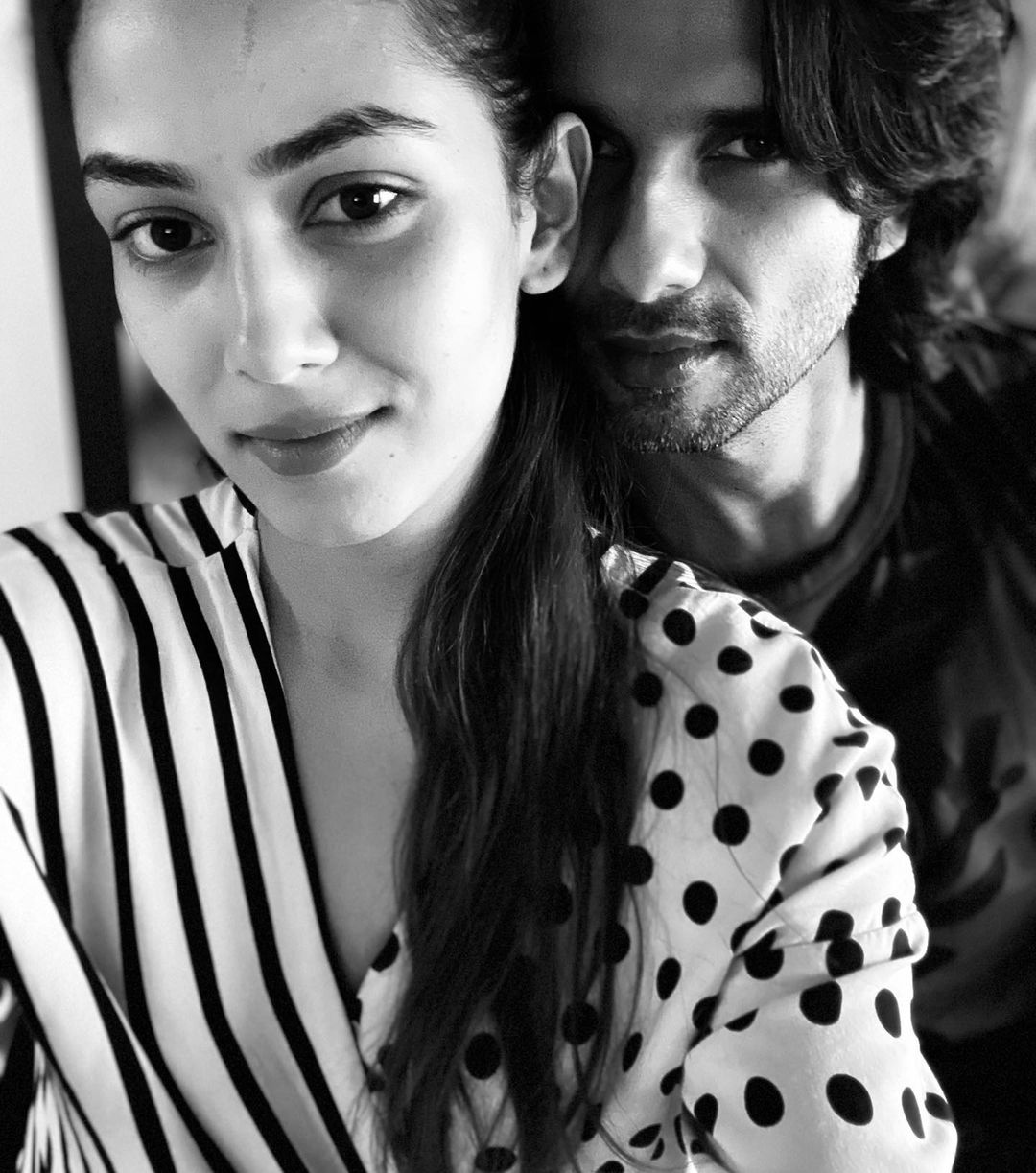 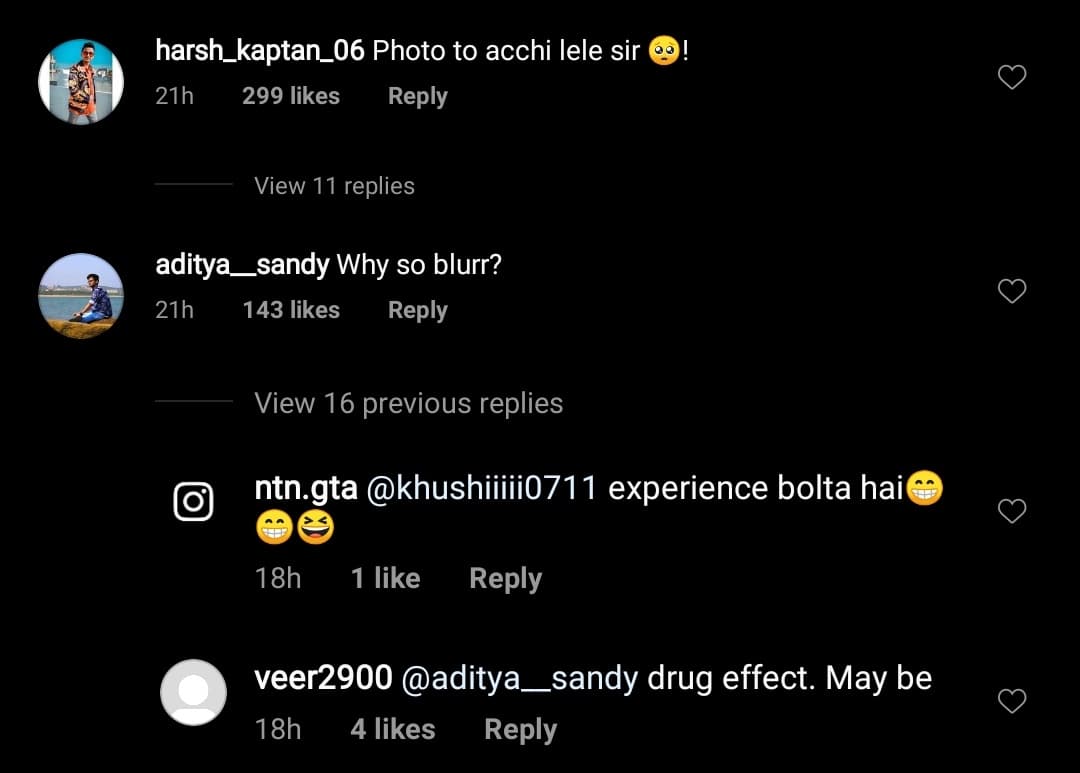 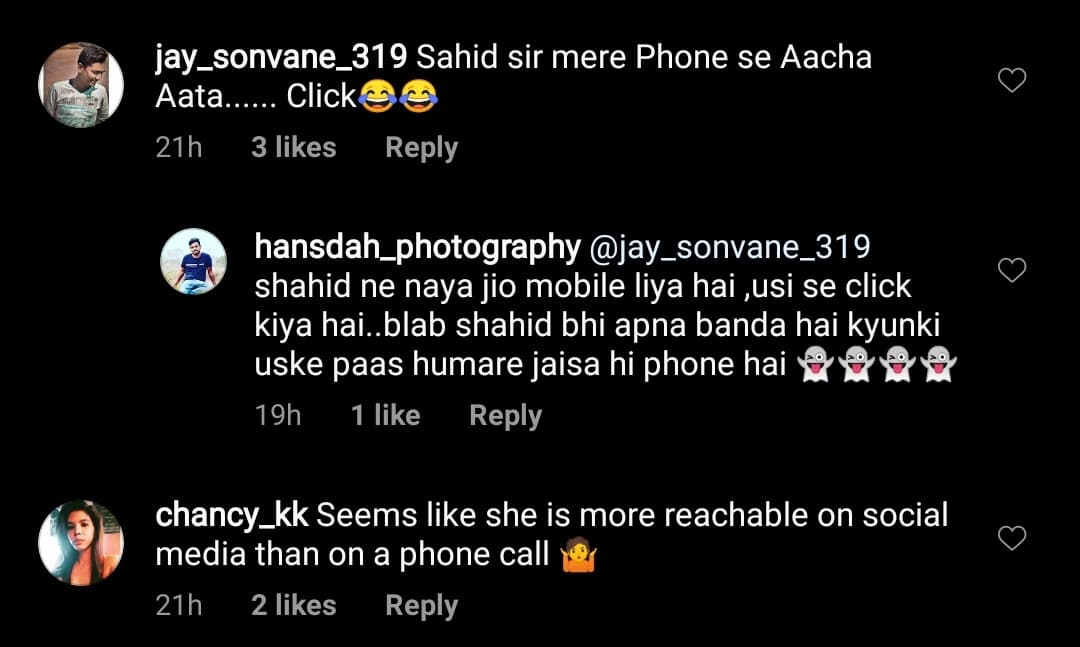 To mark Shahid Kapoor’s 39th birthday in February 2020, Mira Rajput Kapoor had a special ‘blurry’ treat for her star husband. Expressing how amazing was the bash and the fun they had at the party with a single picture, Mira had captioned Shahid’s birthday post with a heart emoji. Mira had posted a blurry picture with Shahid from the birthday bash in Chandigarh and it was perfect to describe the fun they had at the party. While some netizens had trolled Mira for sharing a blurred picture and targeted her for being drunk, Shahid had given the perfect explanation to the photo and had commented, “This blurred moment is quite the juxtaposition to the clarity I have in my heart about being so incomplete without you.” (Also Read: Karanvir Bohra Perfectly Describes His Journey With Wife, Teejay Sidhu In A Song On 14th Anniversary) A few days ago, Mira Rajput Kapoor had posted a selfie on her IG handle but it was her caption which had grabbed the attention of netizens, and for all wrong reasons. Mira had flaunted her new look as she had given herself a haircut at home and for her ‘pun intended’ ‘split personality’ caption, she was schooled by netizens. Dressed in a blue and green coloured t-shirt, Mira had captioned her selfie as “Split personality. Also gave myself a haircut. #tamethesplits #punintended.” Mira was called out for casually using the disorder, split personality, in her caption. For the uninitiated, split personality is a dissociative identity disorder, in which a person has two or more distinct personalities. In an interaction with India Today, Shahid Kapoor had spoken about his wife, Mira Rajput Kapoor being subjected to the negativity on social media. Revealing how she reacts, Shahid had said, "First of all, there is a generational gap between Mira and me. We are 13 years apart, so we come from slightly different generations. So, the generation I come from isn't so affected by public opinion. That's weird because I am an actor but it doesn't affect me because it is not the end of the world for me. But for her, it was completely new. She got a lot of attention which she was initially very uncomfortable about. So she has learnt to get better at it. Initially, she used to be like 'why so many people are saying all this'. I spoke to her and told her that it comes with the territory." (Also Read: Misha Kapoor Clicks Her 'Mama', Mira Rajput Kapoor In Her 'Worst OOTD' And Becomes Her In-House Pap) Blur pictures too have their own charm and after all, it is all about making memories! Don’t you think so? 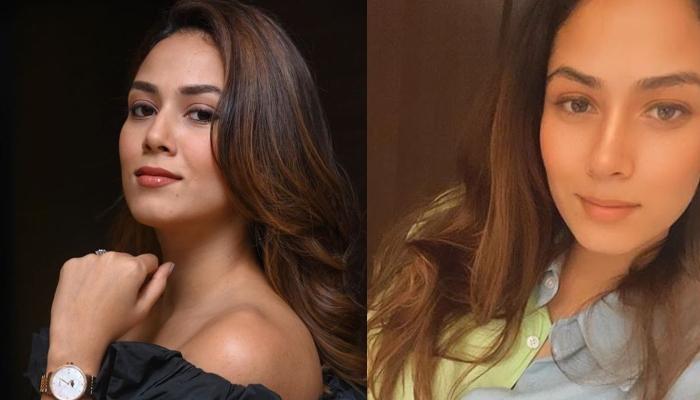 As the saying goes, with great power comes great responsibility. But only a few realise the same and take a step to make this world a better place. From Twinkle Khanna, Renuka Shahane, Sushmita Sen, Kalki Koechlin, Dia Mirza, Akshay Kumar to Abhay Deol, B-town celebs know that their small act