Shahid Kapoor, Bollywood’s favourite chocolate boy of all times, broke several hearts when he got married to Delhi-based beauty Mira Rajput, in July, 2015. But what soothed those aching hearts was the news of Mira’s pregnancy. Shahid’s fans all over the world, were over-whelmed with this good news, and have been eagerly waiting for his little bundle of joy to come into the world.

Recommended Read: Mona Singh Aka Jassi Opens Up About Her Wedding Like Never Before!

Mira Rajput Shares How She Walks During Her Pregnancy, Every Pregnant Woman Will Relate To It

Mom-To-Be Mira Rajput Kapoor Reveals Who Will Name Her Second Child, Details Inside! 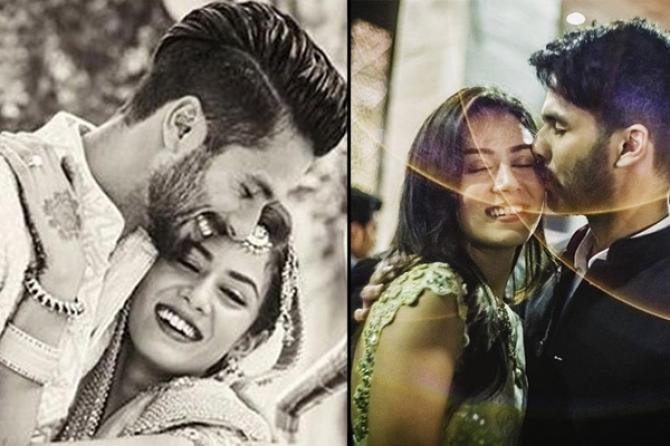 The only person who is surely more excited  than the well-wishers is the daddy-to-be, Shahid Kapoor. Lately, he has been giving a lot of statements about his wife’s pregnancy and his excitement about the baby. Now, we have for you some exclusive snippets from his interview with a leading daily, where he opens up about his wifey dearest and his excitement of his journey towards parenthood. Take a look! Shahid recently revealed that before marriage, he did not date his wife at all. They only met 3-4 times before they finally decided to get married. He even said that it was very daring of Mira to actually say yes for the marriage because she was very young and at that time, he was sporting the Tommy look from his upcoming movie, Udta Punjab. 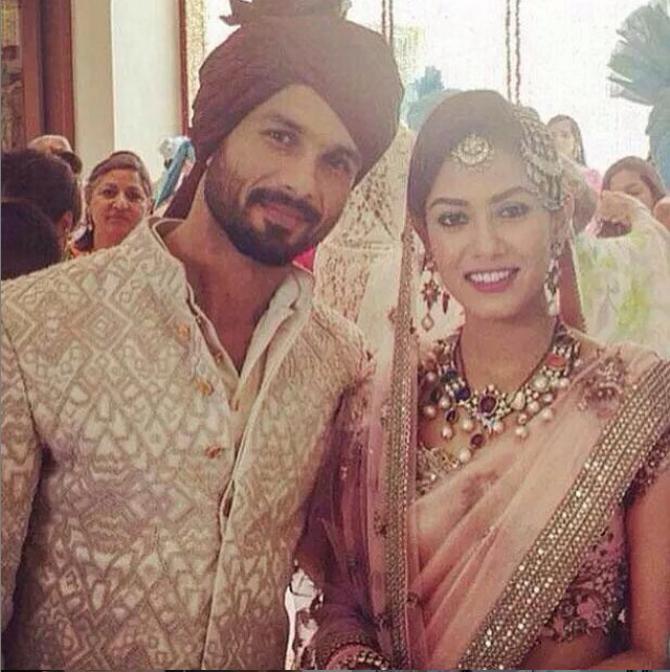 Look at what he said in the interview:

“Mira and I never dated. We just met three to four times and decided to get married. I was about to start shooting for Udta Punjab when I met first met Mira. I remember I went to her house for the first time and I was in the Tommy zone. So, I had a ponytail, drop-crotch track pants and weird shoes on. I recall getting out of the car in this avatar at Mira's farmhouse in Delhi. Her dad came out to welcome his son-in-law to be. He saw how I was dressed and he surely thought — 'God what is my daughter getting married to'. He barely looked at me, then whispered 'Come inside' and went away. It was adventurous of Mira to agree to marry a guy who looked like Tommy. I also remember telling her — 'I am going to colour my hair.' You should have seen her face. She is this 20-something girl coming out of LSR College and she was like 'What?' And when I told her I am playing a character called Tommy, she said, 'That is not the name of a guy, it is the name of a dog.” Must Read: The Outstanding Weight Loss Journey Of RJ Malishka Mendonsa Will Give You New Health Goals

Interestingly, the only condition that Mira laid down in front of him before saying yes was that he would not get married with red hair, looking like a hooligan. Quite understandably, she wanted him to look like a decent groom, and our beloved Shahid complied with the misses’ demand.

Another cute thing about the couple that Shahid revealed is that Mira has saved his number in her phone as ‘Tommy’. Adorable these two are, aren’t they? 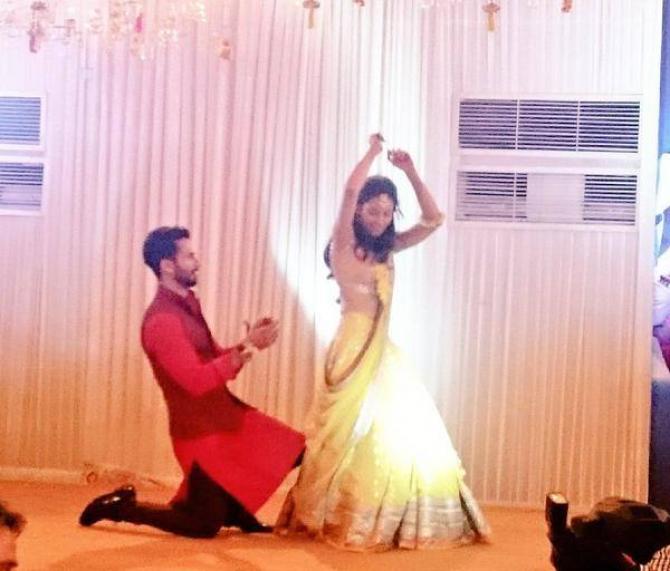 The cutie also admits to being a very good and decent husband who listens to and obeys his wife dutifully:

“I must confess that I was tempted to marry with red hair. I thought that my kids would see my wedding album and say - 'Our dad was cool. He was so into his work.' But, now I'm domesticated and I listen to everything Mira says.” 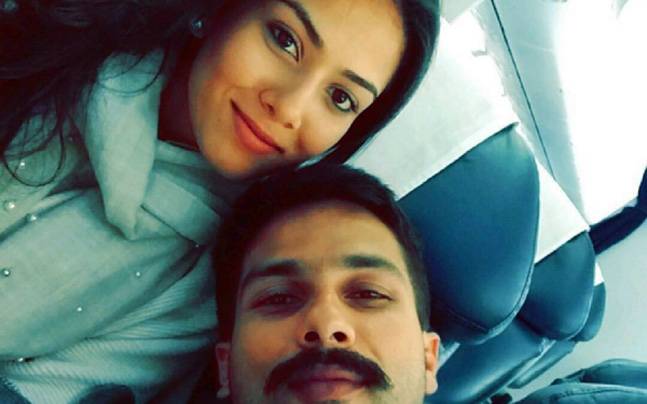 Hilarious this guy is, I tell you! He knows how to crack people up with simple statements like these.

His take on ‘paternity leave’ 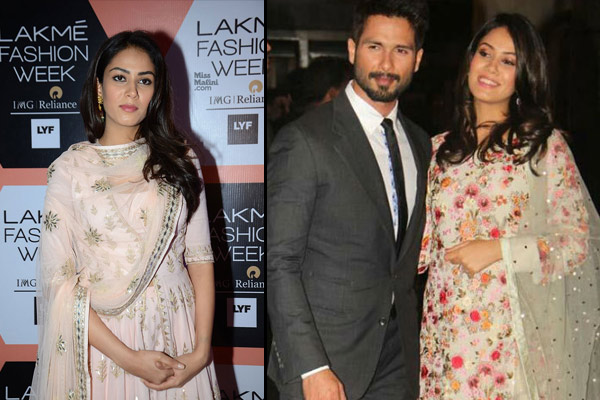 Since, we all know that Shahid is a softie at heart, it doesn’t come as a surprise when he says that he will definitely take paternity leave to be with his wife and baby, when the time comes. He is very sensitive towards Mira and wants to give her as much care and time as possible. He discloses:

“Of course, I will (take a paternity leave). However, now it is all about Mira. She is the one who is pregnant. She is very young and I think it is not easy. I just want to be with her, around her. Around the time the baby is due, I will not shoot for at least a month. I want to be there in the last few days of the pregnancy. I want to be there when the child arrives and enjoy these moments, as these are feelings you experience perhaps once or twice in a life... I'm in a domesticated, well-behaved, father-to-be phase.”

We can bet he will be an adorable father. While talking to another leading daily recently, he had something really amazing to say about his wifey's pregnancy. Take a look:

Isn't that so cute?

You Might Like: 11 Traits Of Happily Married Women You Will Surely Relate To If You are One

His plans of having more babies 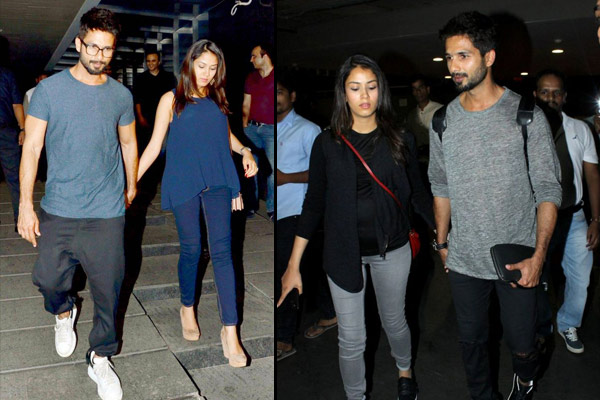 He is such an amazing guy and we somehow know for sure that he will be a great father. Now what makes us curious is whether he plans to shower all his fatherly love on only one kid, or he plans to bring in more than one Junior Kapoor into this world. To this he says:

“I don't want to speak too much about it, maybe one or two babies will happen. Some of it has to be private. I want to soak it in and I want to be there. I have heard star kids complain that their parents were not there much in their childhood. I do not want to be that guy.”

This guy is breaking records in setting relationship and parenting goals for all of us, isn’t he? Belonging to an industry that entertains and has no limitations of time, having such thoughts and plans for his future kids is something that awes us about Shahid Kapoor.

Do Check Out: 11 Most Stunning Babymoon Destinations Around The World 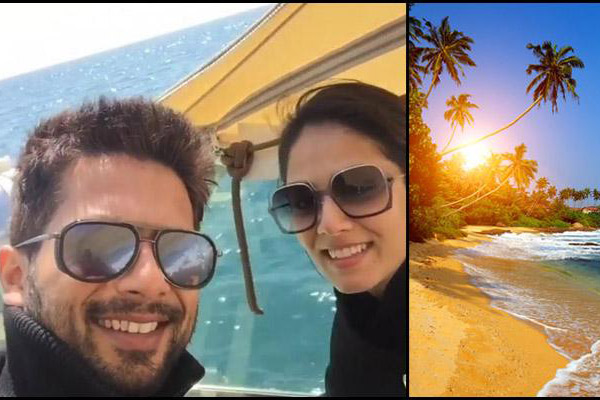 He is going to be an amazing father, we are guessing. But one thing we know for sure is that he is a perfect and doting husband. He loves pampering Mira and that shows in the small things he does for her. After the news of the pregnancy was announced to the world, the lovely to-be perents went for their babymoon to Maldives.

Recommended Read: Kareena kapoor Hiding Her Baby Bump At A Recent Event Is The Cutest Thing You Will See Today! 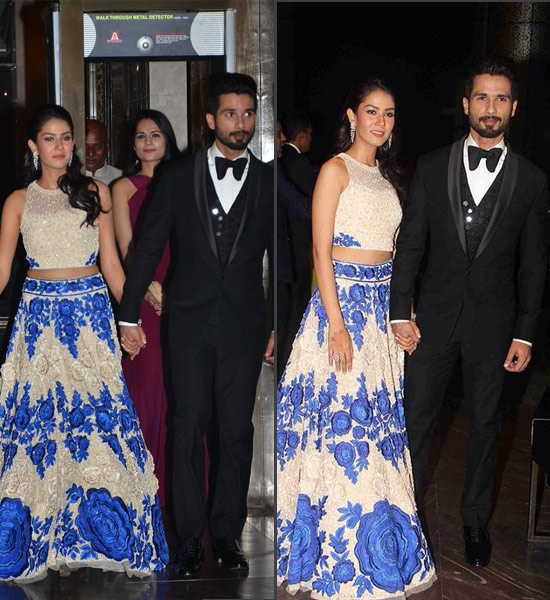 Shahid Kapoor is leaving no stone unturned in making mira feel loved and cared for in this important phase of their lives, and we in turn love him for that. We are eagerly waiting for your cutie patootie to arrive into the world, Shahid and Mira. We wish you all the very best for this beautiful time of your life!

Mira Rajput Shares How She Walks During Her Pregnancy, Every Pregnant Woman Will Relate To It

Mom-To-Be Mira Rajput Kapoor Reveals Who Will Name Her Second Child, Details Inside!