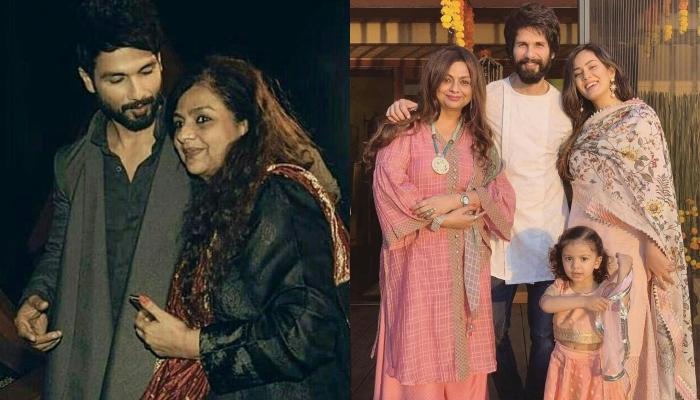 There are a lot of mother-in-law and daughter-in-law jodis in Bollywood, who share a great rapport amongst themselves and are exemplarily loving with each other. For instance, Aishwarya Rai Bachchan-Jaya Bachhan, Kareena Kapoor Khan-Sharmila Tagore, Sonam Kapoor Ahuja-Priya Ahuja and many more, who dote on each other and leave no chance to appreciate and praise each other on social media and in interviews. Scroll down to know about one such saas-bahu jodi of Bollywood and what was the mother-in-law's reaction on meeting her daughter-in-law for the first time! (Recommended Read: Malaika Arora Looks Like Dream In A Throwback Beach Video, Beau, Arjun Kapoor Is All Hearts)

Bollywood's' handsome hunk, Shahid Kapoor had broken millions of hearts when he had gotten hitched to Delhi-based, Mira Rajput back in 2015. The couple is now married for almost five years and has become our favourite couple from the industry. Mira Rajput Kapoor is known to be a strong-opinionated woman and has held the Kapoor family together with love and compassion ever since she had become a part of it. So much so, that her mother-in-law, Neliima Azeem adores her. Scroll down to know what was Mira's first impression on her mother-in-law, Neliima Azeem! 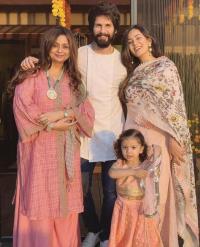 Shahid Kapoor's mom, Neliima Azeem opened up about her first meeting with daughter-in-law, Mira Rajput Kapoor, in an interview with Pinkvilla. She said, "I got to know from everyone that she's the chosen one. Shahid was extremely shy in the beginning and he wanted to see how I react. So when I met her with her mother, I just felt she is so carefree, so sweet, young. Mujhe laga yeh toh ekdam bachchi hai, kitni pyaari si bholi si. But then, she took on the mantle to be the wife to a successful star and surprised all of us. The pubic persona that she has, the way she handles herself in front of everyone, she's done it so well." 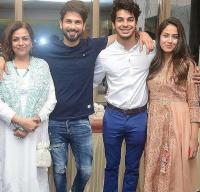 She further added, "And most importantly, she has made Shahid so happy. And Ishaan and my family seems complete now." She also said how different Mira is from the rest as she is completely undramatic. In her words, "She's the most undramatic person I know. Since we are all actors, we are extremely dramatic. I have never had a daughter, so Mira is my daughter. She has got the entire family together. The amount of love, and happiness she's given to Shahid and all of us, is beautiful." Indeed, Mira Rajput Kapoor is very lucky to have such a doting mother-in-law! (You May Also Like: Benafsha Soonawalla Slams A Troll Who Called Varun-Divya's 'Jodi' Better Than Her and Priyank Sharma) Neliima had shared in the conversation with Pinkvilla that Shahid had practically coaxed her into having another baby. She had said, "It was Shahid who wanted me to have a child again. He was 14 and we (she and Rajesh Khatter) were well settled with our lives. I was happily working and the thought of having a baby again never crossed my mind. But Shahid specifically wanted a brother. I have my own brother so I knew what he meant. You can get married and have partners but your brother is the only one with your DNA after your parents aren't there with you. So I remember I wanted a girl and I couldn't have promised Shahid a brother. But my doctor, after Ishaan was born, didn't congratulate us first. She said, "Congratulations to Shahid. He's got his baby brother"." (Also Read: Sunny Leone's Monochrome Picture Looking Out For 'Sunshine' With Her Kids Is All About Hope) 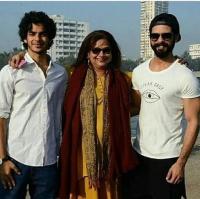 Which is your favourite pair of in-laws in Bollywood?