Shahid Kapoor has taken to his Twitter handle to reveal the house duty he has been allocated by wife, Mira Rajput during the lockdown. Check out the details inside! 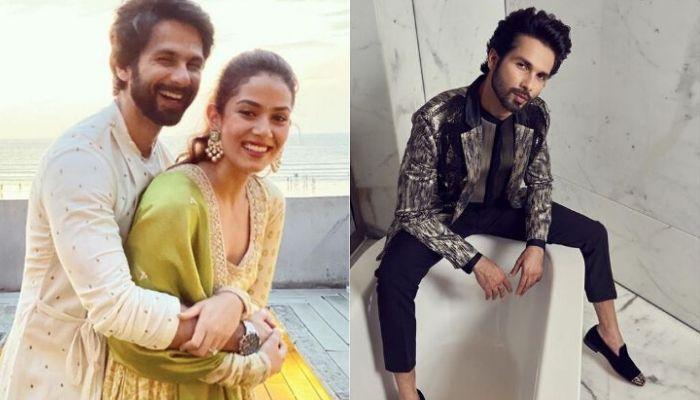 Lockdown is all about ‘Saathi Haath Badhana’. As the entire nation is in the third phase of the lockdown and most of our house helps have gone back to their villages or most of us have maintained social distancing ardently, all the household chores are to be done on your own now. In every house, the first few days, it was every mother, who was rigorously cleaning the house, cooking, washing dishes and clothes, but there has to be a limit to it. And now, the work has been equally divided because women are not maids. This is not just the condition of a layman’s house, but celebrities too are sharing their pictures and videos of washing utensils or doing jhaadu poncha. Now, Shahid Kapoor has revealed the house duty he is allocated for the lockdown. (Also Read: Rana Daggubati Of 'Baahubali' Confirms His Relationship With Miheeka Bajaj As She Said 'Yes')

Shahid Kapoor and Mira Rajput Kapoor have been blissfully spending their lockdown phase with their two little kids, Misha and Zain. Unlike Shahid, his wife, Mira is active on her social media handle and often shares updates of their lockdown. Mira has been giving a glimpse to her fans on how the Kapoor family is spending their lockdown. However, like many other celebrities, this time, Shahid has come forward to interact with his fans and share titbit information from his life. 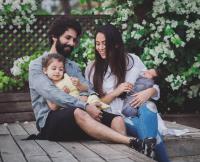 The Kabir Singh actor took to his Twitter handle to do a question-answer session, where he talked about the house duty he is allocated during the lockdown. A fan asked him if he is cooking, washing utensils and clothes during the lockdown, “Khana, bartan, kapde.. Ye sab kare ho kya lockdown me?” Shahid not only revealed his house duty, but also asked his fans, which department they have got to work on. Shahid’s tweet can be read as “Mera department bartan ka hai. Tumhara?” Other than this, in the session, Shahid was asked about his favourite sweet dish, to which the actor replied, “Gulaab Jamun and vanilla ice cream”. When a fan asked, “Were you interested in maths on your school days?” he replied, “Not at alllllll.” Shahid’s replies make us feel that he is one amongst us only. Take a look at the conversation.

Earlier as well during the on-going lockdown, Shahid Kapoor had interacted with his fans through an ‘Ask Me Anything’ session on his Instagram handle and had revealed the secrets about his personal life. On being asked about the three habits which had transformed his life, Shahid had replied, “Being a vegetarian. Seeking spirituality. Always listen to my wife.” Take a look. (Recommended Read: Irfan Pathan Flaunts His Hair-Styling Talent As He Cuts His Son, Imran's Hair Amidst Lockdown) 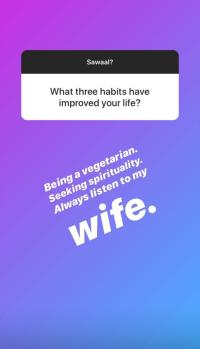 Mira often takes to her Instagram handle to give a glimpse of how the couple is spending their quarantine. On March 6, 2020, Mira Rajput Kapoor had made a shocking statement about her husband, Shahid Kapoor, showing how innocent and tech-backwards he is. Mira had taken to her Instagram handle and had posted a story showing how Shahid has no idea about how Alexa works! Mira’s story could be read as “Shahid Kapoor looking at his phone, ‘How do I call Alexa’” Take a look: 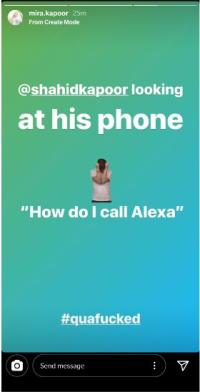 On March 24, 2020, Mira had taken to her Instagram handle and had posted a small video of her sitting alone on a couch, as she rotates her smartphone from left to right. The actress had written a small caption on the small clip that could be read as "Love in the time of social distancing." Have a look. (Don't Miss: Mansi Sharma Of 'Uttaran' Embraces Motherhood, Elated Daddy, Yuvraj Shares The Baby's Arrival News) What house duty is allocated to you during the lockdown? Let us know!