Shaheer Sheikh's love life has always been the talk of the town and now, his alleged girlfriend, Ruchikaa Kapoor's comment on his video has added fuel to the fire! 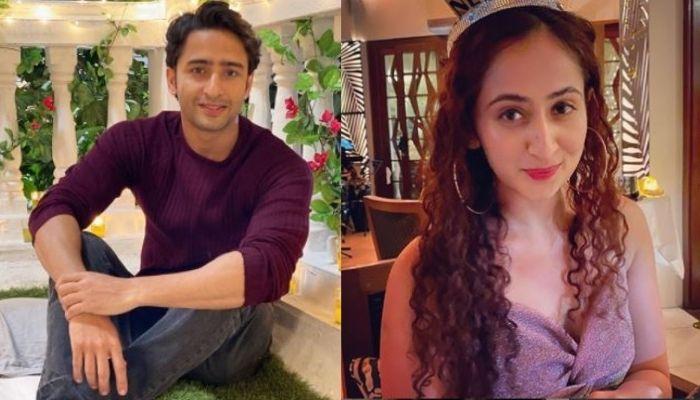 Being a celebrity, you are always under media scrutiny and even if the media doesn’t capture your little moves, your fans keep an eye on you constantly. From what you eat to where you go or with whom you meet, they wish to know everything about you. They even end up stalking your alleged beau and friends' accounts to find more details about you and every comment on your post is a matter of discussion. Kuch Rang Pyaar Ke Aise Bhi, Mahabharat, Yeh Rishte Hain Pyaar Ke star, Shaheer Sheikh enjoys a massive fan following and is often linked with his co-stars. (Also Read: Amrita Rao's Hubby, Anmol Asks 'Baby Name Suggestions' As They Embrace Parenthood)

After many dating rumours, Shaheer Sheikh is said to be dating Ruchikaa Kapoor. She is a Creative Producer & Executive Vice President at soap queen, Ekta Kapoor’s Balaji Motion Pictures Limited. ‘The girl with curls’ as her Instagram bio reads is gorgeous and can give any actress a chase for money. With people’s interest in Shaheer’s personal life, a few days back, Shaheer’s Insta post about a girl had created quite a stir on social media, and the girl was none other than, Ruchikaa Kapoor. Now, Ruchikaa has the hottest comment for Shaheer Sheikh’s intense workout video.

Taking to his IG handle on October 3, 2020, Shaheer Sheikh posted an IGTV, where he can be seen doing his intense workout. From boxing to weight-lifting, Shaheer can be seen sweating out, dancing and enjoying his work out sessions, and at the end, he can be seen flaunting the fruit of his workout. Sharing the video, Shaheer wrote, “Pump it up..” It was his alleged girlfriend, Ruchikaa Kapoor’s comment that caught everyone’s attention. The lady left three fire emojis on Shaheer’s post, adding more fuel to the fire of their dating conjectures.

The dating rumours of Shaheer and Ruchikaa had gone berserk on October 25, 2020, when Shaheer had posted a picture of his ‘girl’, Ruchikaa on his IG handle. There have been rumours of Shaheer dating Ruchikaa from some time and this post had come as an Insta-confirmation on the speculations. Shaheer had captioned Ruchikaa’s pictures as “Mommy there is something in the backyard… #ikigai #madMe #girlwithcurls.” On the second picture which he had posted of Ruchikaa, he had written, “Never mind it’s my girl...” atop it. (Recommended Read: Mandira Bedi Reveals Her Son, Vir Gets Jealous Of His Adopted Sister, Tara Bedi Kaushal)

Shaheer Sheikh’s love life has been the talk of the town since years now. With Kuch Rang Pyar Ke Aise Bhi in 2016, the co-stars, Shaheer Sheikh and Erica Jennifer Fernandes were speculated to be dating. Though these two had always maintained that they are ‘just friends’, the reports of their relationship used to make it to the headlines every now and then. Post Erica, Shaheer was said to be dating his Indonesian model-actress ex-girlfriend, Ayu Ting Ting once again, only to part ways for the second time. Then reports were rife that Shaheer was dating his Dastaan-E-Mohabbat Salim Anarkali co-star, Sonarika Bhadoria when they had turned shayar, expressing their feelings on social media for each other. But with time, those rumours too had faded away.

Shaheer had revealed his wedding plans in an interview with The Times of India and had shared that when the time is right, he will spill the beans on his dating life. Shaheer had said, “The lockdown made me realise that I keep pushing this (marriage) every next two years, but you never know if you will see those years. But, right now, to start a family, I need a bigger apartment and I am working towards that. As far as dating is concerned, I will definitely spill the beans and let the world know when the time is right.” (Recommended Read: Hema Malini Organises 'Hawan' On Her Daughter, Esha Deol's Birthday, The Latter Shares Pictures)

What are your views about Shaheer Sheikh and Ruchikaa Kapoor’s jodi?