There have been rumours of Shaheer Sheikh dating Ruchikaa Kapoor from some time now and this post came a as an Insta-confirmation on the speculations. Check out Shaheer's post for Ruchikaa.

Being a celebrity, your life remains under the constant media scrutiny and rumours become inevitable as everyone wants to know everything about you. More than your professional life, your fans are interested in knowing ‘you’ in real life and what’s brewing in your personal life. Whatever you post on social media, becomes a headline, wherever you go, paparazzi snaps you and whoever you meet intrigues your fans if you’re dating that person. That’s what summarizes Kuch Rang Pyar Ke Aise Bhi fame, Shaheer Sheikh’s timeline in the industry, which was and is still filled with rumours about his personal life. (Also Read: Shoaib Ibrahim Shares An Adorable Picture With Dipika Kakar, Reveals How He Fell In Love With Her)

With Kuch Rang Pyar Ke Aise Bhi in 2016, Obhodro and Dr Bose i.e., Shaheer Sheikh and Erica Jennifer Fernandes had left such a mark in the hearts of their audience that their fans had started rooting for them as a real-life couple. Though they had always maintained their ‘just friend’ stance, the reports about their relationship used to make it to the headlines every now and then. Post Erica, Shaheer was apparently dating his Indonesian model-actress ex-girlfriend, Ayu Ting Ting once again, only to part ways for the second time. Then reports were rife that Shaheer was dating his Dastaan-E-Mohabbat Salim Anarkali co-star, Sonarika Bhadoria when they had turned shayar, expressing their feelings on social media for each other. But that had faded away with time. 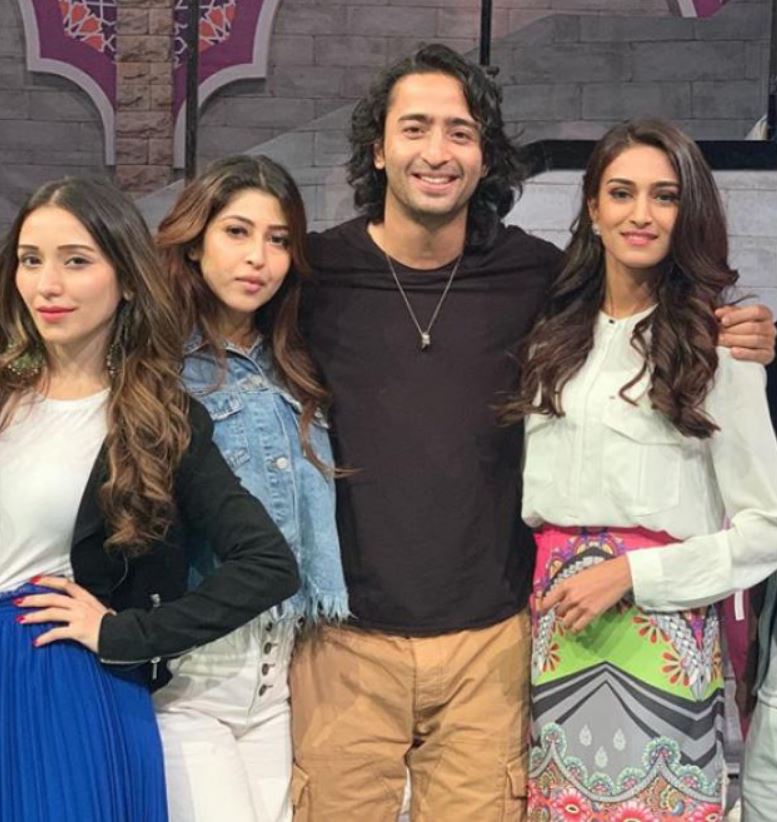 By now you would have understood the major fan-following that Shaheer Sheikh has, who are so much interested to know the girl in his life that whoever he meets, works or posts a picture with, makes it to the headlines. Something similar happened on October 25, 2020, when Shaheer posted a picture of his ‘girl’, Ruchikaa Kapoor on his IG handle. There have been rumours of Shaheer dating Ruchikaa from some time and this post came as an Insta-confirmation on the speculations. Shaheer captioned Ruchikaa’s pictures as “Mommy there is something in the backyard… #ikigai #madMe #girlwithcurls.” On the second picture which he has posted of Ruchikaa, he wrote, “Never mind it’s my girl...” atop it. 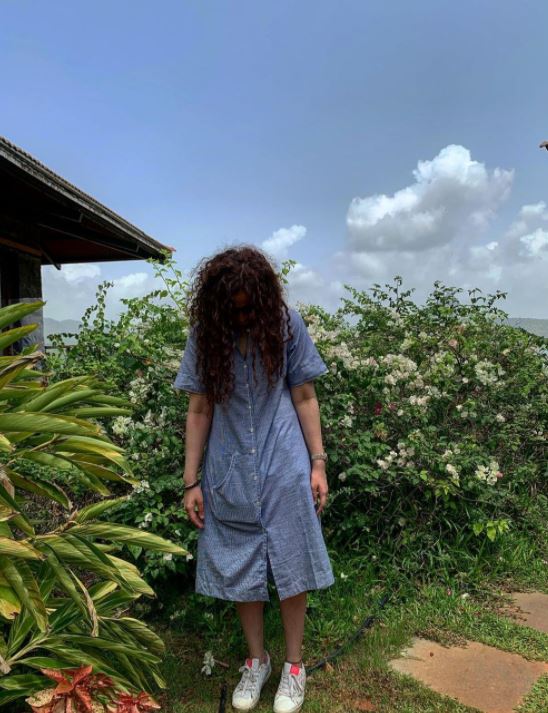 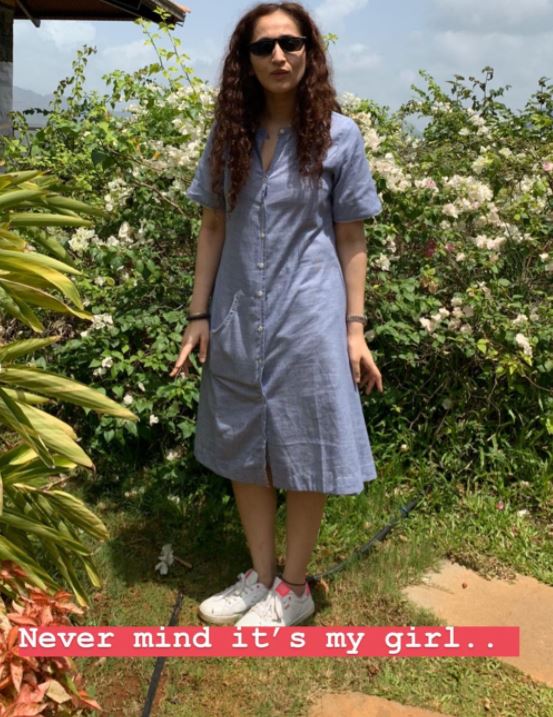 In an interview with The Times of India, Shaheer Sheikh had revealed his wedding plans and shared that when the time is right, he will spill the beans on his dating life. Shaheer had said, “The lockdown made me realise that I keep pushing this (marriage) every next two years, but you never know if you will see those years. But, right now, to start a family, I need a bigger apartment and I am working towards that. As far as dating is concerned, I will definitely spill the beans and let the world know when the time is right.” (Also Read: Kareena Kapoor Revealed How Saif Ali Khan Reacted When He Got To Know About Their Second Pregnancy) 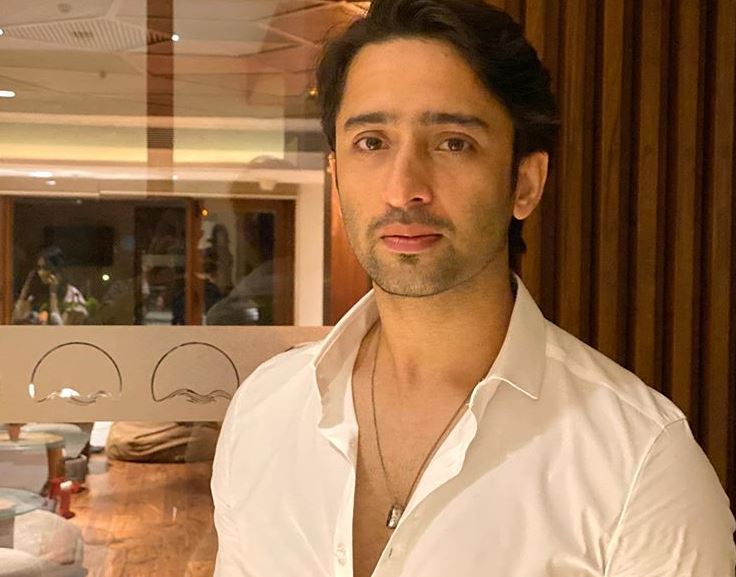 Shaheer Sheikh had revealed that his parents are pushing him to get married soon, in a 2019 interview with the Bombay Times. Speaking about knowing the girl before tying the knot and marrying not just because of the social pressure, Shaheer had said, "My parents have tried everything, photos dikhaaye hain bahut baar. I remember this one time when I was out shopping with my sister, and a girl met me at the mall, which was secretly arranged by my mom. My parents, who are currently in Mumbai, have been breathing down my neck for me to settle down. They have vowed that they won't go back home until I get married. So, I will have to figure a way out (laughs!). I can take the plunge only when I feel it from within. I can't do it just because the family, society and people around want me to. When you are not sure about a relationship culminating in marriage, you shouldn't go ahead with it. Or else, you will end up scarring lives and that's the worst you can do to each other. Also, I can't get married to a person without knowing her." Speaking of his belief in true love and his relationship status, Shaheer Sheikh had continued, "I felt it once in my life, which was a couple of years ago. Unfortunately, it wasn't meant to be. Love is the most beautiful feeling in the world. That phase was the best phase of my life; my world revolved around her. I am glad I was able to live it and feel it. Abhi aisa kuchh nahi hai. According to reports, I am dating a couple of women and I have two to three wives around the world. Erica has herself denied our relationship, and expected people to respect us. But then, that's the hazard of our profession." (Also Read: Shah Rukh Khan Reveals He Had Tricked Gauri Khan For Their Honeymoon To Darjeeling Instead Of Paris) Much love to Shaheer and Ruchikaa!