A close camaraderie is shared between Shaheer Sheikh’s two exes (one being the rumoured one though), Ayu Ting Ting and Erica Fernandes. How do we know? Find out! 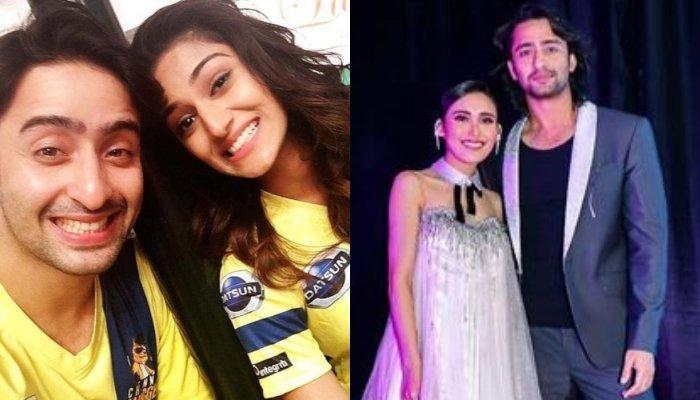 When you are a celeb, you have to be prepared and accept the fact that your life will be under everyone’s radar. As much as your fans are intrigued to see you on-screen, they are even more interested to know what’s brewing in your personal life too. And that is where, one of the leading and most beautiful actresses of the Tinseltown, Erica Jennifer Fernandes’ linkup rumours with her co-stars, Shaheer Sheikh from Kuch Rang Pyaar Ke Aise Bhi and Parth Samthaan from Kasautii Zindagii Kay 2 comes in. (Do Read: Soon-To-Get Married, Ankita Lokhande And Vicky Jain Attend Baba Siddique Iftar's Party, Pics Inside)

Erica Jennifer Fernandes’ love life has always been everyone’s point of interest. After the dating rumours with her former co-star, Shaheer Sheikh started brewing in, it was in 2017, when a new set of reports which claimed that these two have broken up, made the audience sad. While Erica had reportedly moved on, Shaheer had apparently started to see his Indonesian model-actress, ex-girlfriend, Ayu Ting Ting once again, only to part ways for the second time. Talking about mending ties after breaking up and forgiveness, Shaheer took to Instagram and wrote, “I guess to have a clear heart we need to accept, forgive and be forgiven. Thank you for forgiving me and gifting me closure. Thank you. @ayutingting92." 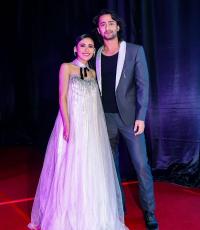 And what looks like it, Shaheer Sheikh and Ayu Ting Ting now share a healthy bond. But what is even greater to know, is the close camaraderie which is shared between Shaheer’s two exes (Erica being the rumoured one though), Ayu and Erica. How do we know? Erica took to Instagram yesterday (June 02, 2019) and posted an Instagram story of herself, wearing green contact lenses which had been gifted to her by none other than Ayu! Donning a white shirt, green eyes and pink lips, Erica was a treat to the eyes! Here’s a picture of Erica thanking her rumoured ex, Shaheer’s now ex, Ayu: 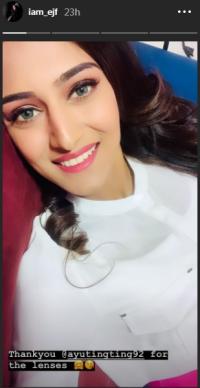 Exes and their spouses bonding with each other is not an uncommon phenomenon in the glamour world. Shaheer Sheikh and Erica Jennifer Fernandes know how to fare with it pretty well. And for the same, Shaheer recently took to Instagram and posted a picture with his rumoured ex and current rumoured flame, Erica and Sonarika Bhadoria, respectively, where he stood amongst both of them. Sharing the picture, Shaheer wrote, “Kuch rang pyaar ke Salim Anarkali #indonesia @antv_official #shaheersheikh”. (Must Read: Dipika Kakar And Shoaib Ibrahim's Eid Celebrations Start, Binge At Mohammad Ali Road (Pics Inside)) 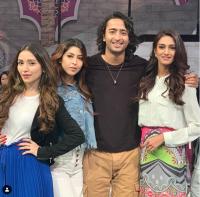 Now when did Shaheer Sheikh and Sonarika Bhadoria’s dating rumours started to brew in? On April 30, 2019, Shaheer and Sonarika had taken to their respective Instagram handles and had shared pictures with each other from the sets of Daastan-E-Mohhabat. The duo had then turned shayar for one another, which made Sonarika write, “Bas yun hi pyaar aa gaya in par @shaheernsheikh”, and Shaheer had replied, “Yun mujhe jo yaad kiya, Tu mujhe kuch aur apna sa laga”. Take a look at their stories below: 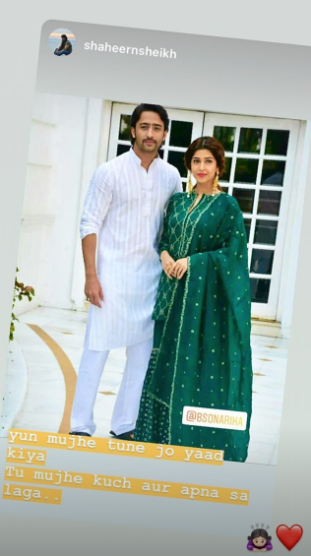 An alleged relationship between Erica Jennifer Fernandes and Shaheer Sheikh had been doing the rounds, ever since their hit show, Kuch Rang Pyaar Ke Aise Bhi, started airing where the couple had played the lead. Rumours about the couple parting ways had also grabbed a lot of eyeballs but Erica’s interview with The Times of India, ‘kind of’ cleared a lot of confusion. Denying all sorts of relationship rumours, Erica had shared, “Shaheer and I were good friends. We shared great chemistry because of our off-screen rapport. It’s important to enjoy a comfort level with your co-actor. It is not true that we were in a relationship, but I don’t deny the friendship. I would love to hang out with Shaheer even now, but I am busy shooting.” 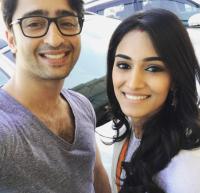 Erica Jennifer Fernandes and Shaheer Sheikh have both time and again clarified their relationship, in the form of interviews or social media captions. When asked about their camaraderie in an interview, this is what Shaheer had once stated, “Erica is fun, but I am not dating her. People assume that we are dating because we spend a lot of time together on the set." At another instant, Erica shared, “I would finally want to break my silence here on all that I hear and see... Shaheer and my relationship is that of friendship and I will not tolerate anyone maligning it.” 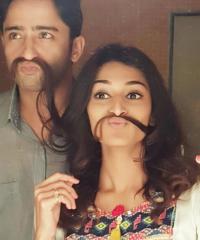 An onlooker from the sets of their former show, Kuch Rang Pyaar Ke Aise Bhi had something interesting to reveal about Erica Jennifer Fernandes and Shaheer Sheikh’s camaraderie. The source had shared with SpotboyE, "It's not easy to shoot with these two. They are very good with each other one moment, they fight the next moment. Every day their equation with respect to each other changes. They have been having a very rocky relationship since the longest time but now it's telling on our nerves. Nobody likes so much of inconsistency and unpredictability." 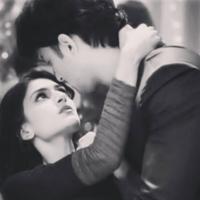 When asked if Erica Jennifer Fernandes and Shaheer Sheikh were dating, the source had also added, “Of course, they were. In fact, they still are. But we now think its only attraction and not love. If they really loved each other, they wouldn't have had so many fights." And had concluded with, “They have completely stopped talking to the media, and frankly it's just not fair.” (Also Read: Milind Soman's Wife, Ankita Konwar's Boyfriend Had Passed Away And Then She Met Milind On A Flight) 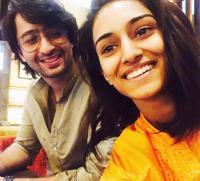 Guys, with whom do you think Erica Jennifer Fernandes looks better- Parth Samthaan or Shaheer Sheikh. Keep us posted!