From sharing toys to sharing life lessons, sisters are the souvenir of our lost childhood. Scroll down as Alia Bhatt's sister, Shaheen Bhatt reminisces their childhood days spent together! Sisters are the souvenirs of a childhood gone by. From being our first best-friends to teaching us life lessons, together we have crossed many miles. And an exactly similar relationship is shared between Bollywood actress, Alia Bhatt and her big sister, Shaheen Bhatt. (Recommend Read: Taimur Ali Khan Beats The London Heat By Chilling In Pool As Kareena Kapoor Khan Keeps An Eye On Him)

Alia and Shaheen share a bond that can never be described in words. The actress had even penned an open letter for Shaheen when she came to know about her depression phase. Ever since we have seen the two strongly standing for each other and pulling each others leg, time and again. 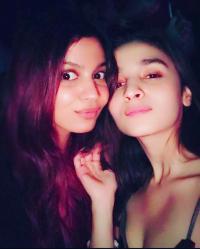 On August 3, 2019, Shaheen took to her Instagram handle and shared a childhood picture with her baby sister, Alia. In the picture, we can see little Shaheen carefully holding her baby sister, Alia in her arms. But it is Alia's cuteness that took our heart away. Shaheen captioned the picture as, "Now I know why my career as a ventriloquist crashed and burned." Take a look at it below: 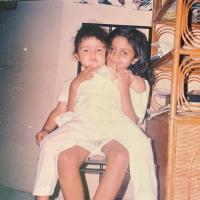 Coming back to Alia's open letter for Shaheen, she had written, "When I read your very first book, a book that you have written with so much ease and honesty, while I struggle to write one letter to you. I feel awful. I feel terrible because despite living with you for 25 years, I have never really understood your silent moments of depression. I never recognised a snappy moment as something much bigger." (Also Read: Nusrat Jahan Celebrates First Sindhaara Teej With Hubby Nikhil, Thanks Him For Being There With Her) 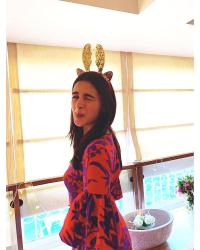 Alia had further talked about the times when she couldn't understand why Shaheen was less social, and had written, "Every time you refused to go out for dinner, I would think she rather sit at home and watch TV, be alone, not that you couldn’t bring yourself to get out of bed. Today you have connected to me on a basic, human level. And you have taught me so much more about life.I know you hate the fact that we all are saying sorry to you, but take the apology because even though we love you, I don’t think we understood what you were going through, to this extent." 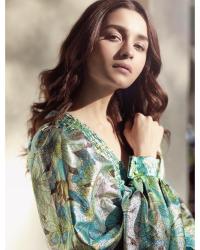 In an interview with Vogue, Shaheen had talked about Alia and the relationship they share. She had said, "She has always been really understanding to what I have been through. She was always that bridge between mum and me. When I was younger, mum would be banging on my door, and Alia would say, just leave her alone. She was always my lawyer, and that persists through this day. She always tells people to lay off me when needed." Shaheen also spoke about Dear Zindagi, where Alia played a young woman needing therapy to cure her insomnia, “I was very curious to see how they portray therapy in a Bollywood movie, and I think they did a really good job. Before she started shooting the film, we sat down, and she said she wanted to pick my brain a little bit." (Don't Miss: Sushmita Sen Believes Her Decision To Adopt Her Daughters Renee And Alisah Was Not An Act Of Charity)

We love the bitter-sweet relationship Alia and Shaheen share with each other!