On the historic occasion of King khan completing twenty-eight years in the industry, Shah Rukh took to his Instagram and Twitter handles to post a scintillating black and white selfie! Once there was a Deewana boy in the lanes of Bollywood, who wanted to become the ultimate Bazigar of the Indian cinema. Although he also had Darr of Kabhi Khushi Kabhie Gham, he never backed out! Started from Zero, he had gotten lots of Mohabatein over the years, which made him the Baadshaah of Bollywood. But, unfazed by the massive popularity, he pledged to give his best Jab Tak Hai Jaan and made us all wish Kabhi Alvida Na Kehna to him! Do you even need any more hints? Guessed so! Yes, we're talking about the biggest superstar of India, Shah Rukh Khan, as he completed 28 years in the industry! (Recommended Read: Kareena-Saif Along With Taimur And Soha-Kunal With Inaaya Were Spotted Out And About In The City)

On the historic occasion of King Khan completing twenty-eight years in the industry, Shah Rukh took to his social media handles to post a scintillating black and white selfie. He captioned it as "Don't know when my passion became my purpose and then turned into my profession. Thank you all for so many years of allowing me to entertain you. More than my professionalism, I believe my passionalism will see me through many more years of service to all of you. Twenty-eight years and counting... and thank you @gaurikhan for capturing this moment." Before treading further, let's take a moment to appreciate the good looks that God gifted to our SRK, that even at the age of 54, he's still the king of millions of hearts! 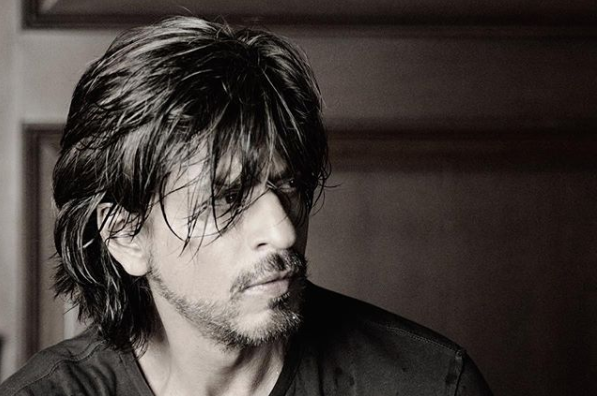 Shahrukh also posted the same on his Twitter handle which garnered a lot of praise and love, but one comment especially stood out, and it was from Bollywood's one of the finest actors, Arshad Warsi. Arshad wrote, "This pic would make any man turn gay". Soon the fans started flooding the comment section with even funnier comments. Some agreed to what Arshad said while some looped in his wife, Maria Goretti, citing her attention is required immediately as her husband is flirting with 'someone else'. One user also wrote, "I am 95 per cent straight, 5 per cent gay for SRK." Check out the screenshot of the comment below:

Did you know that Bollywood's Badshah, Shah Rukh Khan is restricted to posting only one or two selfies per year, by his wife, Gauri Khan? Yes, you read that, right! In David Letterman's talk show, Shah Rukh had revealed that he is not allowed to post more than one or two selfies per year, by his wife, Gauri. When asked from Gauri why was that so, Gauri had retorted that Shah Rukh only posts pictures in which he looks good, irrespective of how other people are looking. How millennial of Shah Rukh! Shah Rukh, on the other hand, had responded to this blame very coyly and jokingly said that since it's his selfie and his social media handle, why should he care about how other people are looking! (Also Read: Erica Fernandes Admits Dating Someone For 3 Years, Reveals How Rumours With Parth And Shaheer Affect) 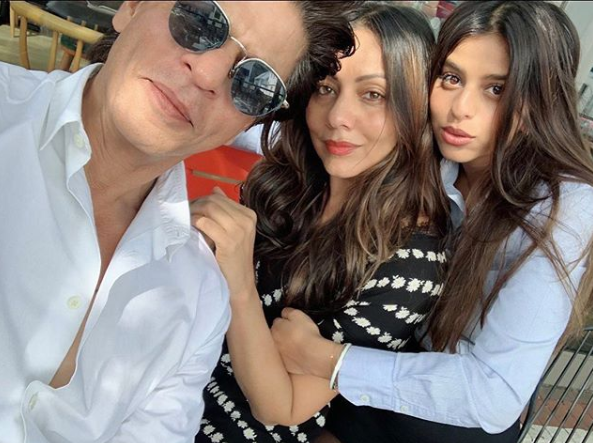 Recently, various pictures and videos of Shah Rukh Khan working at the balcony of his heaven in Mumbai, Mannat were rife like a wild-fire all over the internet. Fans speculated that SRK might be filming for his next 'lockdown anthem' with his little munchkin, AbRam. Like the previous one, 'Sab sahi Ho jayega', which was a major hit, and had also featured a cameo by AbRam. However, there are no clarifications about the same from the side of Shah Rukh yet, and all we have is these videos of him working from home. In the video, we could see him donning a black shirt with blue denim and his neat black shades as he managed his hair. (You May Also Like: Madhuri Dixit Celebrates Her Mom's Birthday As Her Husband Plays Guitar And Her Sons Sing The Song)

We're eagerly waiting for the next blockbuster of King Khan!