Shah Rukh Khan's 'Kal Ho Naa Ho' co-star, Jhanak Shukla talked about her decision to quit acting in her latest interview, and it'll teach you a lot about the uncertainty of life. Find out!

Popular documentary filmmaker, Haril Shukla and his wife and renowned actress, Supriya Shukla's daughter, Jhanak Shukla had followed her parents' footsteps quite well in the entertainment industry and had become a household name just after two-three projects. The child artist had broken the headlines with her debut television show, Karishma Kaa Karishma, in 2003, in which she had portrayed the character of a robot. The show had become an instant hit, and the actress had starred in hit shows like Son Pari, Hatim, Gumrah, Aalipazham. Also, Jhanak had worked in movies like Kal Ho Naa Ho, Deadline: Sirf 24 Ghante, Black, and in the Hollywood film, One Night with the King. (Recommended Read: Arjun Kapoor Becomes Stylist And Khushi Kapoor Turns Photo Editor For Their Cousin, Shanaya Kapoor)

There's no doubt that her beginning in the entertainment industry was full of highs. That is why it is indigestible for the 90s kids to believe the fact that she has left acting and is now an archaeologist, and is earning nothing at the moment. Yes! The superstar child artist is not a star anymore, and in her recent interview, she revealed the reasons behind all these massive changes.

Shweta Pandit Shares A Video With Her Little Doll, Izana, The Glow On Her Face Is Unmissable

Kalki Koechlin Shares A Video Of Herself Singing A Portuguese Lullaby For Her Baby Doll, Sappho 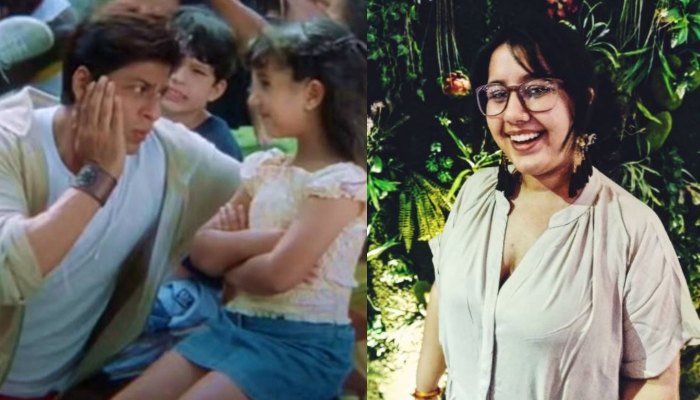 On March 2, 2021, Brut.India posted a video on their Instagram handle, and it featured Bollywood's King Khan, Shah Rukh Khan's blockbuster film, Kal Ho Naa Ho's co-star, Jhanak Shukla, who had portrayed the character of 'Gia Kapur' in the movie. The then-child artist is now a 25-year-old archaeologist and had bid farewell to acting a couple of years ago. Yes! You heard it right; the child artist, who is still regarded as one of the most popular star-kids of all-time, had left acting. In her interview, Jhanak talked about a lot of things, from quitting Bollywood to not earning anything at the moment, she poured her heart out and revealed a lot of things about the uncertainty of life. When Jhanak was asked to reveal the reason behind her decision to leave acting, she said, "I was 15, 16, so I was like, "I have to chill now." Because during childhood, I had worked a lot. But also my parents like, they made me take breaks in the between. I used to even go to school on a regular basis, and I did my homework and everything. Like it was fun but somewhere, I missed a small part of my childhood. So my parents were also like, "take a break now." So that's where I lost the track, when it comes to acting, and I started finding History interesting. Now I am an archeologist.”

Going further in her interview, Jhanak Shukla also revealed that she's not earning anything at the age of 25 but still, she's not panicking at the moment because her parents are super-supportive. She said, "When I was small, I had in my mind that I will be 24, I will be earning a lot, I'll be married and settled. I am 25 and not earning anything. But my parents are very supportive." Jhanak also revealed that her parents often tease her hilariously with retirement jokes. She added, "My retirement has already begun. My parents say that because I don't work as much. I chill. I make soaps. I roam. I write sometimes. And I've done my masters, so I'm like, 'It's okay.'" The former child artist is now in love with archaeology and concluded her interview by saying that she wants to work in a museum in New Zealand and dreams of living a quiet life. (Don't Miss: 4 Months Pregger Neeti Mohan's Pregnancy Cravings Kickstart, Shares Glimpses Of How She Satisfies It) However, Jhanak Shukla often shares BTS pictures and videos from her shows and films on her Instagram handle to relive some of the most beautiful phases of her life. For instance, on October 8, 2020, Jhanak had taken to her Instagram handle and had shared a behind the scenes video from the sets of her hit show, Karishma Ka Karishma. The little actress could be seen rehearsing her dialogues and looking super-adorable in her iconic white and red outfit in the video. Along with the video, Jhanak had written, "Karishma Ka Karishma BTS" in the caption. (Also Read: Jay Bhanushali And Mahhi Vij Trolled For Leaving Khushi And Rajveer At Home And Travelling With Tara)

What are your thoughts about Jhanak's decision of leaving acting? Let us know!