Shah Rukh Khan As A Father: One Thing He Wants His Kids To Do, Legacy He Desire, Loneliness, More

Let's take a look inside the life of Bollywood's 'Badshah', Shah Rukh Khan and the kind of father he is in real life. Everything you need to know about him as a dad!

On November 2, 1965, a boy was born in New Delhi into a Muslim family to his parents, Meer Taj Mohammed Khan and Lateef Fatima Khan. The boy grew up in the streets of Delhi's Rajendra Nagar and was a student of St. Columbia School. His father used to run a canteen in the National School Drama (NSD), and that's where that boy met his destiny. He learnt about the craft of acting from the finest actors in the business of filmmaking at the Mecca of acting in India, NSD. Soon, he made his debut with the film, Deewana in 1992, and that was when the name Shah Rukh Khan echoed for the first time in the Hindi film industry.

What followed was a series of villainous roles at the beginning of his career in films like Baazigar (1993), Darr (1993), and Anjaam (1994). While most of the young actors, who had made their respective debuts alongside Shah Rukh Khan were looking for a perfect role of a hero, the actor was just picking up films in order to get some work. With no contacts in the film industry, it was crucial for Shah Rukh to increase the titles in his filmography, which was why he had picked negative roles at the beginning of his acting career in films. 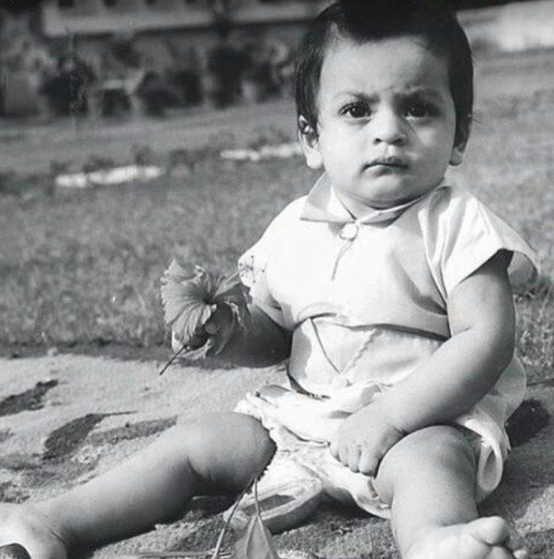 Then, however, the actor, who had started off in the industry with huge success in negative roles, turned the table upside down with his romantic performance in Kabhi Haan Kabhi Naa (1994). Both the critics and the audiences were in love with his acting as a lover, and it paved the path for Shah Rukh Khan to become the King of romance in India.

The films that made Shah Rukh Khan 'The King of Romance' 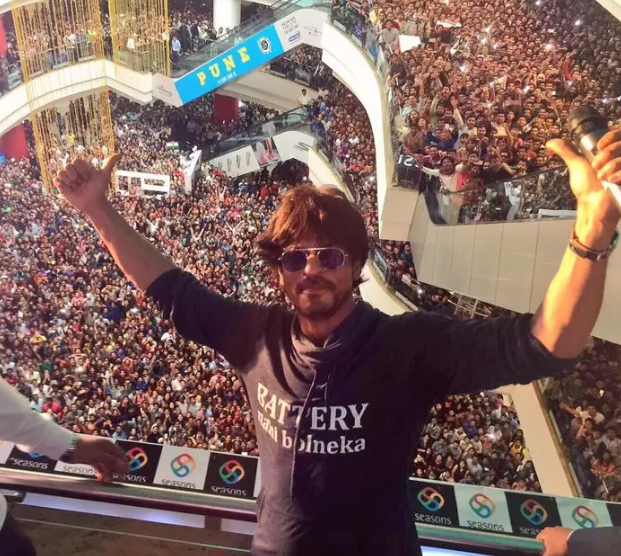 Over the years, we have seen many actors ruling the Bollywood industry, but none of them was entitled like Shah Rukh Khan with the tags, Badshah of Bollywood, King of Hindi cinema, the greatest actor ever lived, and many more. The reason behind it is the fact that some legendary superstars were exceptional as an actor but lacked the kind of stardom they deserved, courtesy of their image as a person. On the other hand, some were incredibly famous but needed to be more successful than they were to be called the greatest actor in Hindi cinema. However, Shah Rukh Khan has already proved the mettle of his acting, and with his global stardom, there's nothing much to explain why he's inarguably the most outstanding actor in the history of Hindi cinema.

Don't Miss: When Tanuja Slapped Dharmendra On The Sets Of Their Film, 'Chand Aur Suraj', Called Him 'Besharam'

Shah Rukh Khan on the kind of legacy he wants from his children, Suhana, Aryan, and AbRam 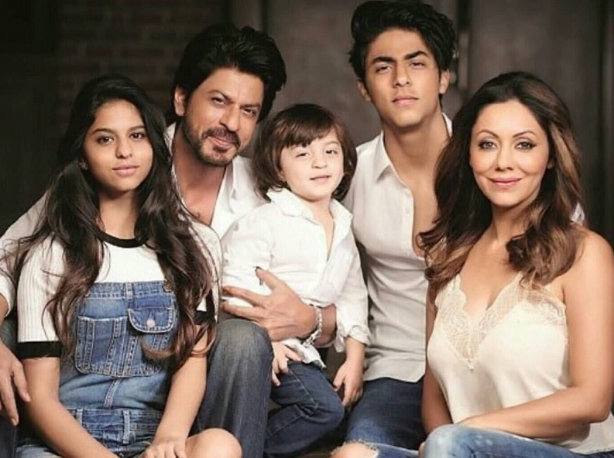 While everyone is aware of Shah Rukh Khan's greatness as a movie star, not many are aware of the kind of father he is in real life to his kids, AbRam Khan, Suhana Khan, and Aryan Khan. Well, once in an interview with Forbes India back in 2015, Shah Rukh Khan opened up about how his three kids see him and admitted that more than a special actor, he wanted them to think of him as a special father. The doting dad also admitted that he wanted his kids to find their destiny and proceed with it, even if it was not acting. Shah Rukh explained how his legacy would continue to thrive in his children's success in whatever they do. He had explained:

"My children don't think of me as a special person. I am sure they think of me as a very special father. My father knew zilch of acting. He never thought of films. But I am the biggest film actor in this country. So it does not follow. My son may not be an actor. And it's all right. My daughter can be an actress; she wants to, but she may not. And it's all right. Am I thinking of letting my profession continue? No. My legacy will continue whether they become restaurant owners, sportsmen or whatever." 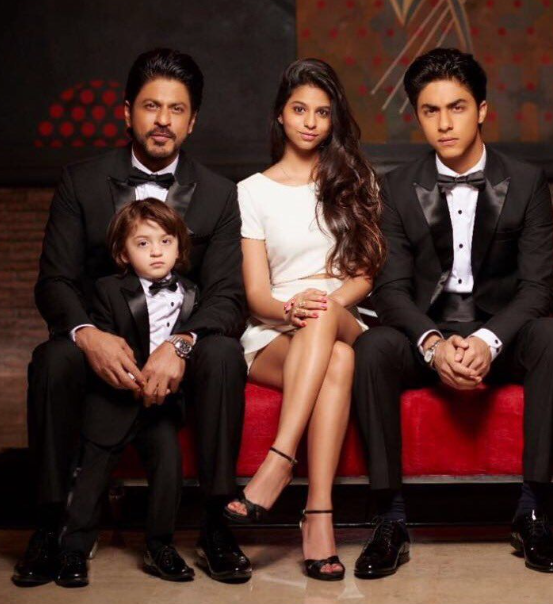 In the same interview, when Shah Rukh Khan was asked to reveal the kind of things he had taught or advised to his children, Aryan Khan, Suhana Khan, and AbRam Khan. Answering this, Shah Rukh Khan admitted that he doesn't bombard a lot of philosophies to his kids, as he wants to set them a bit free so that they can get a glimpse of life and this world on their own. However, the doting father had also added that there was one piece of advice that he had strictly told his kids to follow. On asking, Shah Rukh Khan shared that he had told his kids to read all the books in his library. He had said:

"I don't think that after me, my children will keep my name high. After me, my children should keep their names high, and that's what matters. Having said that, the only thing I have told them to have is a yearning for learning which my parents gave me. I have told them to read all the books in my library. I've told them, if you don't, then you'll disappoint me a little. I want them to be my friends, my legacy, no matter who they become. And have an education."

Shah Rukh Khan on sharing his loneliness with his kids, Suhana and AbRam 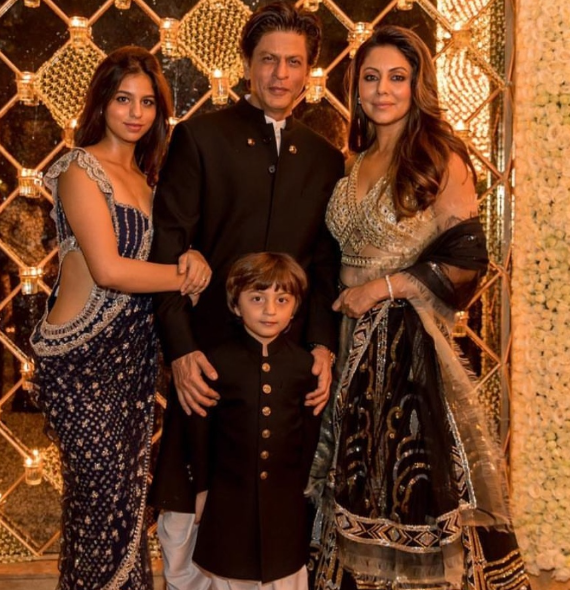 Further in the interview, Shah Rukh Khan opened up about the dark side of being the greatest actor ever lived. The superstar admitted that being at the top was quite lonely, as you have no one, who could experience the lows and highs of your life. Shah Rukh admitted that he used to share his loneliness with his daughter, Suhana Khan, when she was just a kid and could not understand anything. However, once she got grown up, the father moved to AbRam to share all his pain and the lows of being one of the biggest global stars in the world. He had explained:

"It's not the loneliness of being at the top or because I am very well to do. Very few understand this because very few reach this stage. The good things and the bad things are both exaggerated. I don't have the freedom to actually express that to anyone. I used to talk to my daughter when she didn't understand anything. Now I talk to AbRam."

Shah Rukh Khan on not getting too close to his wife, Gauri and their kids, Suhana, Aryan, and AbRam At the end of the heart-to-heart conversation, Shah Rukh Khan was asked why he never shares the most painful and scariest lows of his professional life with his wife, Gauri Khan and their kids, Suhana Khan, Aryan Khan, and AbRam Khan. Answering the same, Shah Rukh stated that he wants his wife and kids to see him as a regular father and not as a celebrity father. He added that if he failed to do that, then his wife and kids would suffer, and that is something he would never do in his wildest nightmares. Reflecting on the same, Shah Rukh Khan had explained:

"I have to somehow protect them (wife and kids) from me. Can you imagine protecting your daughter from you? As a father you don't. But you can't express your emotions to your own family lest they start getting bogged down. I can't come back and say, 'Oh, I have had a bad day'. I see my kids for four hours. They should see me as a regular father. I have to quickly enact being another person so that my children and family don't get bogged down by the ups and downs of my public life. So the people that are supposed to be the closest to you, I can't be close to them." While some call him a gift of God to Indians, many bow their heads to him in respect, and almost everyone loves him for different reasons. Hence, there will never be a celebrity like Shah Rukh Khan, who came, conquered, and loved every single person who crossed his path.

Also Read: When Shashi Kapoor Mourned His Wife, Jennifer Kendal's Loss In The Middle Of Sea On A Boat All Alone Shah Rukh Khan is one of the most loved actors, who dotes on his kids, Aryan Khan, Suhana Khan and AbRam Khan. The actor often talks about his camaraderie with his kids, shedding major parenting goals. We have often seen the actor posting comments on his kid's pictures and indulging