Sargun Mehta and Ravi Dubey posted cute and spicy pictures of themselves on Instagram and fans are gushing over their sizzling chemistry. 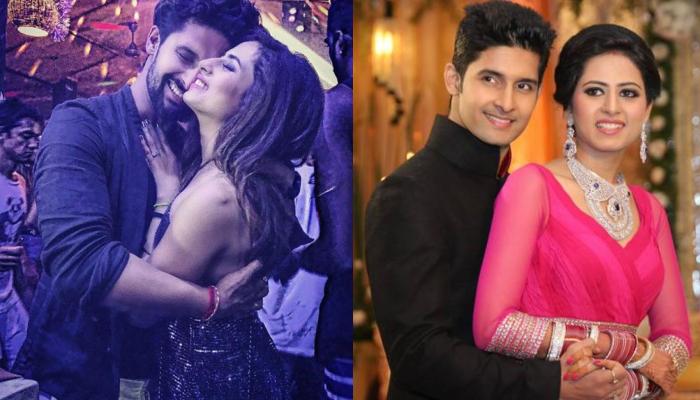 If there’s any couple from the television industry who can give a fight in terms of chemistry even to some of the biggest Bollywood couples, it is none other than Sargun Mehta and Ravi Dubey. The two are treating fans with their cute, adorable, hot, and sometimes sizzling pictures through their respective Instagram accounts. The couple is madly-in-love with each other and doesn’t forget to keep us drooling over their romantic chemistry, time and time again. However, not many people know that Sargun and Ravi have an incredibly beautiful love story and had tied the knot on December 07, 2013. Nevertheless, the two still look like a teenage couple, who are enjoying the first month of their relationship. (Recommended Read: Tahira Kashyap's Lovable Birthday Note For Her Devrani, Aakriti Ahuja Reflects Their Beautiful Bond)

Well, the start of their relationship isn’t the most romantic one as the two met on the sets of Zee TV’s famous serial, 12/24 Karol Bagh. In the show, Sargun and Ravi played on-screen wife and husband and is the point from where their love story took its first breath. However, Sargun didn’t like Ravi and her reaction was ‘chee’ when she saw Ravi’s look test pictures but was blown away by the cuteness of Ravi when he came to meet her in person. Since then, there’s no looking back in terms of their love for each other. Recently, the colleagues-turned-life partners, Sargun and Ravi have posted the same pictures of the two on their respective Instagram accounts. 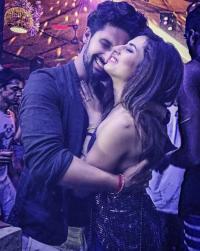 In the picture, we can see Sargun raising the temperature in a sultry white top teamed with a thigh-high red skirt and red denim shirt over it. The television actress is looking sizzling hot and beautiful at the same time. On the other side, her husband, Ravi looked dapper in his bright yellow jacket paired with black trousers. Sargun captioned the picture with an emotional and romantic thought. She wrote, “Adding colour in each other’s life since 2010”. In reply to her caption, Ravi captioned the picture more creatively. He wrote, “Badi & Choti #sargunmehta #ravidubey #Laal & Peela” Have a look at the pictures down below: (Also Read: Hrithik Roshan Reveals Father Rakesh Roshan Gave Him A 6 Month Deadline To Grab The Role In 'KNPH') 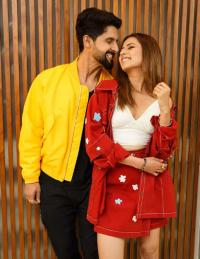 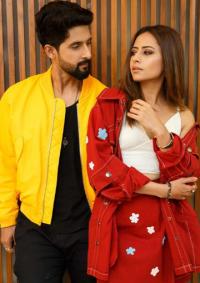 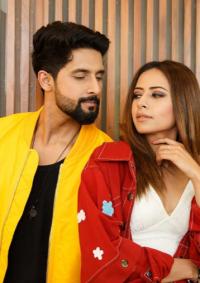 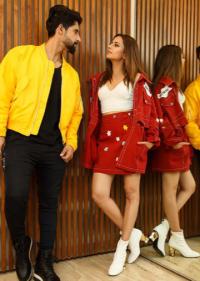 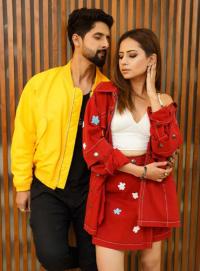 This isn’t the first time when we are gazing at a picture of these two because that’s what they do. But, do you know that our cute hunk is completely naïve in terms of romance. Once in an interview with The Times of India, the actress had revealed “He is not a romantic guy at all. For him, to buy a card is also a big deal. He once went to an Archies showroom and was irritated looking at all the cards. So, he told them to give the biggest heart card, paid for it and gave it to me without even writing anything on it. It was our first Valentine’s Day. He had tried to make it special. On the top of the tank of his building, he had placed a bed sheet, candles, champagne, glasses, flowers and cake. I took the card and asked him if I could recycle it for my next boyfriend since he had not written anything in it.” 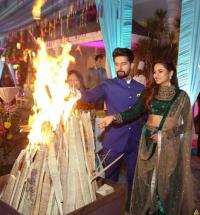 However, you’ll be surprised to know that this isn’t the only time when Ravi couldn’t be able to pull the strings in terms of love for Sargun. The bubbly Punjabi girl once revealed that her beloved hubby once bought a washing machine and television for her on her birthday. Well, now this is something bizarre and funny but despite all these things Sargun is in love with her husband, Ravi. People who aren’t aware of Sargun Mehta then she is a Punjabi diva and is always ready to impress the fashion police of the industry through her Instagram handle, where she holds a fan base of 4.3 million. Sargun was recently seen in ‘Surkhi Bindi’ opposite Punjabi superstar, Gurnam Bhullar. On the other side, talking about the handsome hunk, Ravi then he was last seen in Jamai 2.0. (Don't Miss: Neha Kakkar Completes A Part Of Aditya Narayan's 'Heart' Amidst Their February 14 Marriage Rumours) 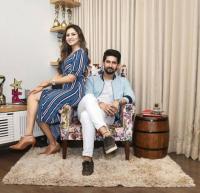 We hope Sargun and Ravi sail strong forever like this. 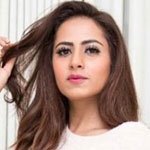 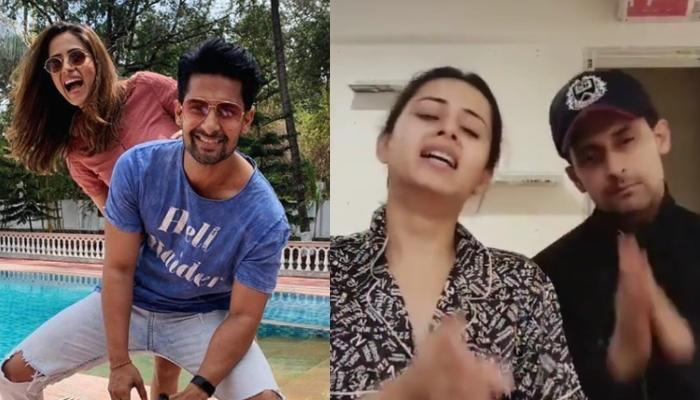 Love does not always have to be mature, sometimes being silly in the matters of the heart works for both the partners. From the moment you meet your soulmate for the first time to the day you take the saath pheras, everything seems surreal. The feeling of getting married to your