Sargun Mehta and Ravi Dubey were caught romancing in a live video and it is too cute to be missed. Check out the video inside! Love finds its way even in the most adverse situations and when it does, flowers of bliss blossom in the garden of life and the tough journey becomes easy! Lucky are those who find the right 'other' to their 'significant' self and one of such lucky people are Ravi Dubey and Sargun Mehta, who had found each other on the sets of 12/24 Karol Bagh, and never looked back ever since. (Recommended Read: Sameera Reddy Builds A Lego House With Kids, Hans And Nyra, Little Nyra Laughs After Breaking It)

One of the most popular couples of the small screen, Ravi Dubey and Sargun Mehta are practically the embodiment of #couplegoals and their precious PDA moments on their social media handles are the proof of it. Scroll down to check out a loving moment of the duo caught on camera when Ravi was live on Instagram but Sargun didn't know about it! Television star, Ravi Dubey took to his Instagram handle on May 8, 2020, to share a snippet of his live video on Instagram, wherein his wife, Sargun Mehta comes and hugs him lovingly. The fun part was, she didn't even know that Ravi was live on Instagram at that time. This sweet PDA moment of Ravi and Sargun caught on camera makes our heart explode! And this is just an instance of how much happiness love can bring into life if you are with the right person. Ravi also wrote a caption alongside the video which could be read as "when she didn’t realise i was LIVE on insta." followed by a facepalm emoji. Have a look at the cute video here:

Commenced their friendship with playing on-screen lovebirds in 12/24 Karol Bagh in 2009, little did they know that it was none other than Cupid, playing its tricks! Although, Ravi's photographs hadn't really impressed her until she had met him in person. According to Sargun, "He was to play this mentally retarded guy; they showed me photographs of the look test, and my reaction was chee. So, I was expecting this really odd looking guy on the sets. We were to shoot the promo; Ravi knocked on my vanity door dressed in this red jacket looking cool and cute. My first reaction was- who is this cute guy? That’s when I realised he was to play my husband." Well, what can we say, love does work in mysterious ways! (Also Read: Neha Dhupia And Angad Bedi Reveal Best Things About Being Married Ahead Of Their Second Anniversary) Ravi Dubey is a doting husband who showers immense love on his darling wife, Sargun every now and then. And the adorable couple keeps sharing their priceless moments with their fans via their social media handles. Just some days ago only, Ravi had shared a lovely throwback picture from their Nach Baliye days, the same show where he had gotten down on his knees and had asked Sargun to be his companion in the journey of life! On May 6, 2020, Ravi had taken to his Instagram handle and had posted an old picture from Nach Baliye days. In the picture, Ravi could be seen hugging Sargun and the two had looked adorable together. Their romantic picture was captioned as "#throwback from #Nachbaliye days ...thank you." (You May Also Like: Abhimanyu Dassani's Hilarious Video With Mommy, Bhagyashree Is Every Mother-Son Ever) 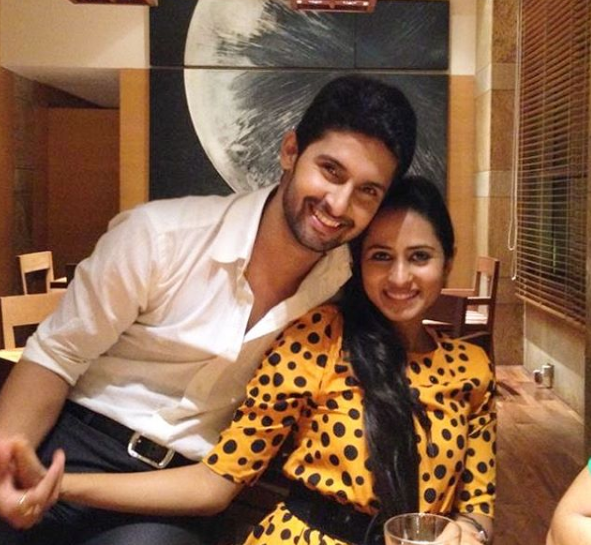 No wonder Ravi Dubey and Sargun Mehta are the most iconic duo!