Sara Ali Khan has been making headlines, ever since she first appeared on the celebrity chat show, Koffee with Karan. The 23-year old actress has been praised for her impeccable acting skills she demonstrated in her two back-to-back hit films in the form of Abhishek Kapoor’s directorial Kedarnath and Rohit Shetty’s Simmba. (Recommend Read: Alia Bhatt Enjoys A Chilly New York Day With Beau Ranbir Kapoor And His Family, Pictures Inside)

However, Sara also won many hearts with her upfront, bindass attitude. The first time she appeared on celebrity chat show, Koffee with Karan, and expressed her wish to date Sonu Ke Titu Ki Sweety fame actor, Kartik Aaryan, while her father, Saif Ali Khan was seated next to her on the Koffee couch. The entire world fell for her instantly; after all we are somewhat like her - little crazy. Sara was introduced to Kartik at a recent award show by her Simmba co-star, Ranveer Singh. But the actress isn’t willing to text him first! Confused? Scroll down to know the reason! In a recent interview with Box Office India, Sara was advised by the interviewer that she should message Kartik on Instagram but the actress refused and said, “No, no, no...how much! I have said it everywhere. Itna bhi desparate nahi. Mom said you must wait. So, I am waiting!” Well, that is sound advice coming from her mother, Amrita Singh. While we are waiting for Sara’s dream of dating Kartik comes true. The actress had already painted a picture of what she would say when Kartik asks her out. Sara said, “Yes. Let’s go! Now! We love coffee or we can watch a movie. Hi! Oh Wow! I can’t believe it. Kaaaartik!” Awww, isn’t it sweet?  (Also Read: Ayushmann Khurrana's Wife Tahira Kashyap Can't Keep Calm As She Finishes Her Chemotherapy [Video])

In a recent interview with Rediff.com, Sara talked about her success and celebrations of two big hits. She stated, “My celebrations are interviews. I am not being funny, it’s true! It has been so hectic for the past three weeks, working on Simmba, that the only time one gets to internalise what has happened is during interviews. There is nothing more beautiful than celebrating with people who make you what you are. I think I am what I am because of the media and the audiences. I went incognito to watch the film in theatres. That was a celebration!” 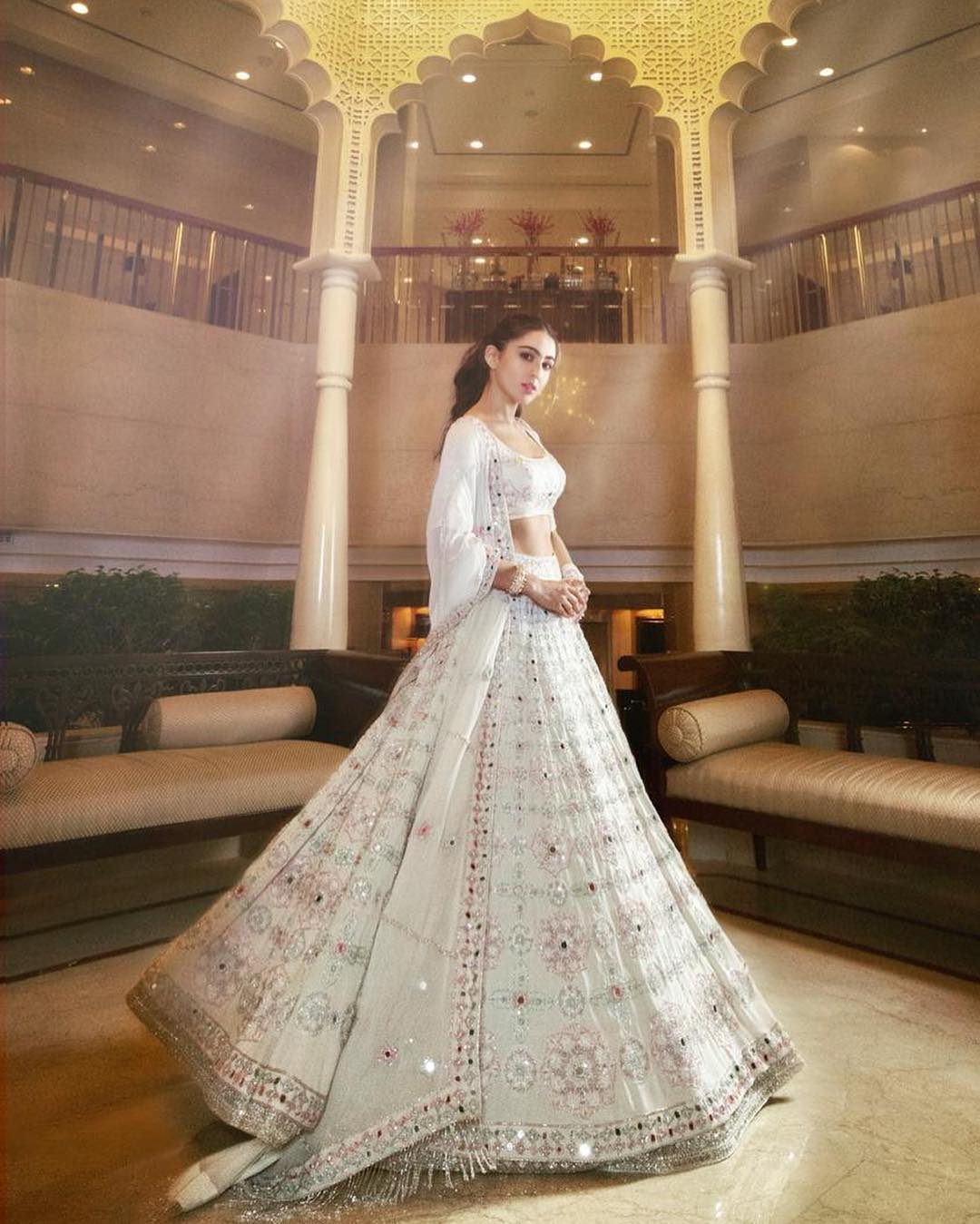 Sara further talked about her two big hits and stated, “The only thing I needed was to see myself on screen first. I understand that the opinions of my parents, friends, seniors, and audiences matter a lot. Seeing the appreciation, I feel a duty now. Your battles keep changing as there are new challenges. Now the challenge is not searching for acceptance. I have done Kedarnath and Simmba and I've worked hard, done my best and also received 80 per cent of praise. 20 per cent is good karma and they know I am a sweet person and they will not write me off.” (You May Also Like: Manish Naggdev Calls Off His Engagement With Srishty Rode, Shares If Rohit Suchanti Was The Reason) 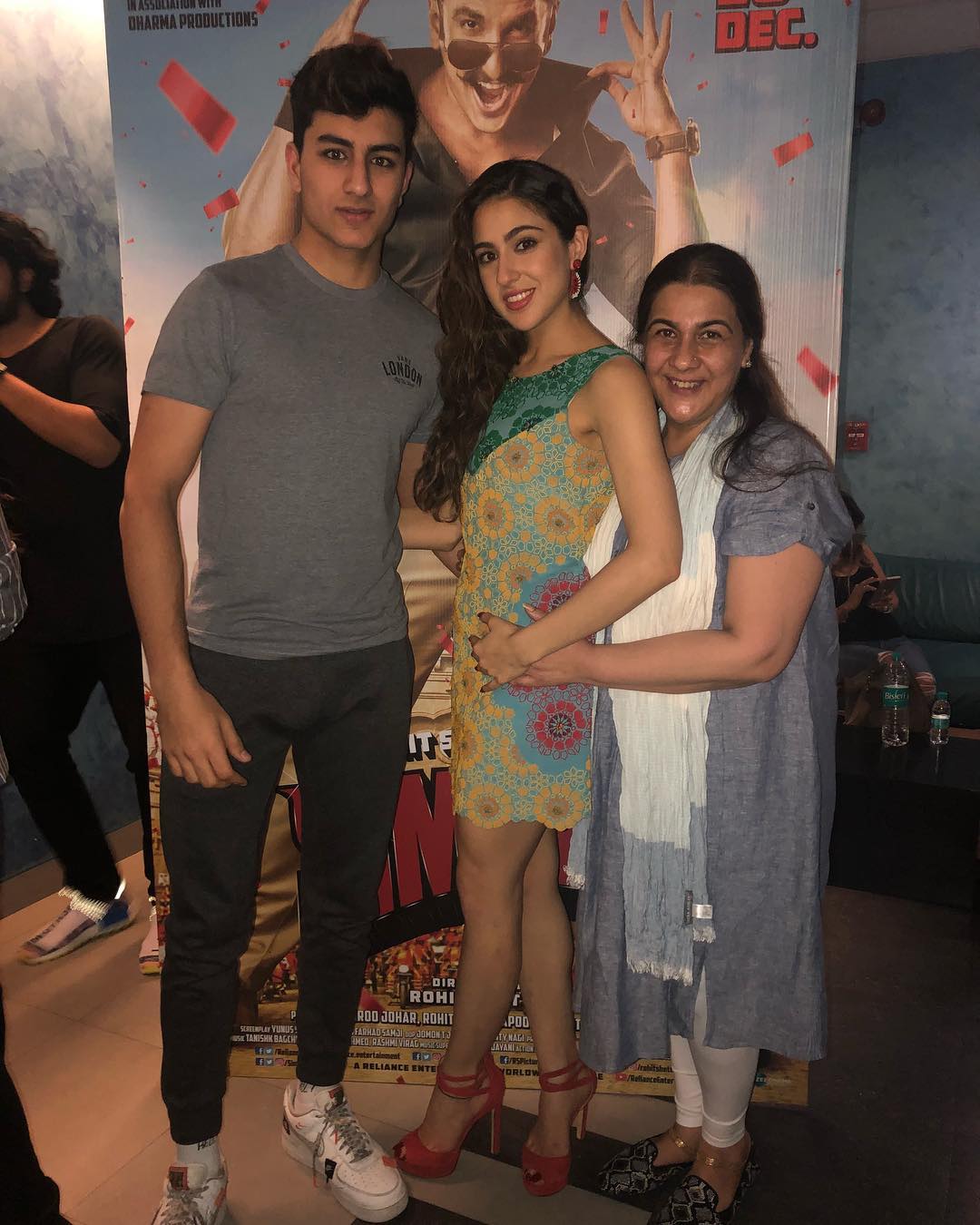 While everyone is happy to see this little diva creating a name for herself, however, it is her mother, Amrita Singh who is most thrilled by all the applause. In an interview with DNA, Amrita said, “I’m glad that people are appreciating her. It’s difficult and odd to talk in the media about how I’m feeling right now. So, I can’t really share my true emotions. But as a mother, I’m extremely overwhelmed and proud.” She further added that how she wants the newcomer to be recognized as Sara, she said, “That will be the ultimate day. Isn’t it the biggest achievement for any parent to see their kids get such recognition? Sara is a born actor. She would always do those pretty things in front of the mirror. We knew that she would definitely become an actress.” (Don't Miss: Vicky Kaushal Asked Katrina Kaif, 'Mujhse Shaadi Karogi', Salman's Reaction Was Totally Unexpected)

Well, we can't wait to see Sara and Kartik together, at least on the screen!