Sara Ali Khan's rare picture with dad, Saif Ali Khan and his ex-girlfriend, Rosa Catalano is a blast from the past. Take a look! 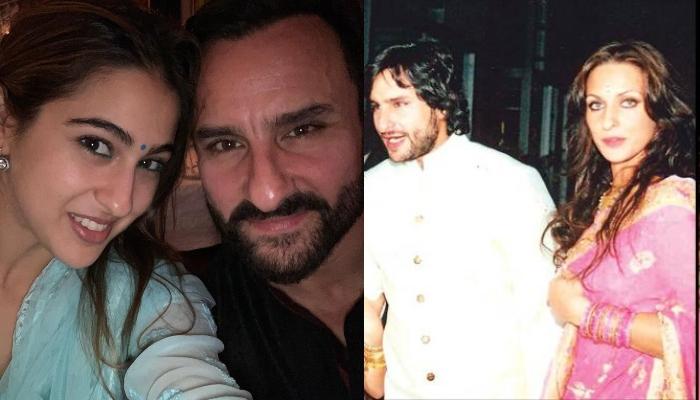 It’s hard to ignore the charm that Bollywood actor, Saif Ali Khan is blessed with but the impressive thing is the fact that even after all these years, he still holds that charm. The man has always been linked with a lot of actresses in his life, and his married life is no less than a Bollywood film. After being married to actress Amrita Singh for 14 years, and being a father of two children, Sara Ali Khan and Ibrahim Ali Khan, Saif had announced that he had started dating Italian model, Rosa Catalano. (Recommended Read: Saif Ali Khan And Amrita Singh's Tragic Love Story: From A Fling To Marriage And Finally Divorce)

The news broke the headlines at that time, and there were a lot of people accusing Saif of cheating on Amrita Singh. No wonder it is a thing of the past now as the actor is enjoying his life with his wife, Kareena Kapoor Khan. However, recently an old picture shared by celebrity photographer, Viral Bhayani grabbed the attention of a lot of people on the internet.

On March 25, 2020, Viral Bhayani had taken to his Instagram handle and had posted a picture of Jawaani Jaaneman actor, Saif Ali Khan along with his little daughter, Sara Ali Khan and then-girlfriend, Rosa Catalano. In the picture, we can see Saif Ali Khan looking dashing in his black blazer and blue jeans, while little Sara is looking like a cotton ball in her black top, Rosa partially-twinned them with her black dress topped by a multi-coloured top. Take a look. (Don’t Miss: Saif Ali Khan Wrote A Letter To Ex-Wife Amrita Singh On The Day Of His Wedding With Kareena Kapoor)

Viral along with this throwback picture had written some details about the relationship of this ex-couple, and it can be read as “Little #saraalikhan with dad #saifalikhan and his Italian girlfriend #RozzaCatalino. Rozza and Saif were dating from 2004 to 2008. Rozza's friend from Australia who used to be a host on AXN, #taniaxaetta she used to get me good pictures when they used to hang out. Rozza became a socialite and used to attend fashion events and later did an item song for a film Desh Drohi.” Adding further, he had revealed that it was the premiere of Bollywood film, Don. He had added, “But the relationship did not work well. This picture was clicked at the Don film premiere. #throwback #viralbhayani @viralbhayani.” There’s another picture that Viral had shared on April 4, 2020, from the memory lane featuring Saif, Sara, and Rosa from a wedding back in 2006. In this one, we can see Saif looking dapper in a black kurta donned with denim, while Sara looked beautiful in her ethnic attire, and Rosa had stunned everyone with her saree look. Take a look.

Talking about their relationship, then in an interview with a leading news channel, Rosa had revealed that she wasn’t aware of Safi’s marriage and kids, while the two were spending time in Kenya. But the actress had admitted that she had developed a concrete bond with his kids, Sara and Ibrahim when she had visited India. However, with time the good things had started settling down and the real things had started popping out. After two years of their relationship with a lot of reports of rifts between the two, Rosa was quoted as saying in a report by Cosmopolitan that can be read as, “I asked myself what, why and how things happened. But a person grows and realises things even though they are shocking. Plus, you don't know what other people are thinking or doing. Just one person can't do that because the effort has to be from both sides. It takes two people to actually make something work. Otherwise, it's like being on the same boat where one person wants to go right and the other person wants to go left.” Also, Rosa and Saif’s common friend, Suchismita Dasgupta had talked about the same and revealed a lot of major details about their conflict in the same report by Cosmopolitan. The famous designer had revealed, “She was on the verge of tears when she confirmed the news of their split. She said that she couldn't deal with Saif's mood swings any longer. When Saif was working, he got hyper and changed into a completely different person. He wouldn't be talking to Rosa for days on end if he was tense with work. Though Rosa is very worried about Saif's health, she can do little to find out how he is doing now. She told me that they are not on talking terms at present.” Well, after a series of more reports and revelations like these, both Saif and Rosa had decided to end it in March 2007. Indeed it was a painful one for the actress but as for now both Saif and Rosa are living their life peacefully. (Also Read: Saif Ali Khan Reveals How He Broke The News Of His Divorce With Amrita Singh To Sara And Ibrahim) 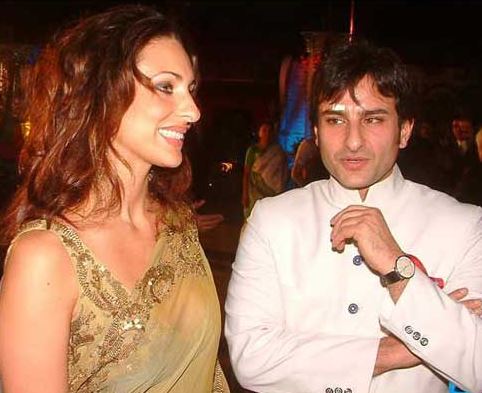 Do you find Sara Ali Khan cute? Let us know!