Sapna Choudhary Gives Epic Reply To A Fan, Asking Her Why She Doesn't Post More Photos With Her Son

Sapna Choudhary Gives Epic Reply To A Fan, Asking Her Why She Doesn't Post More Photos With Her Son

Popular dancer, actress, and the queen of Haryana, Sapna Choudhary, enjoys a huge fan following across the nation, and she is also one of the most followed celebrities in the entertainment industry. Sapna is renowned for her dancing skills, but a huge credit for her massive fanbase goes to her outstanding performance in the popular reality show, Bigg Boss 11, after which she had become a household name across the nation.

Everyone had gotten utterly surprised when the news of Sapna Choudhary's marriage had come out of nowhere. On October 6, 2020, Haryanvi Singer, Veer Sahu, had taken to his Facebook page and had posted a 26-minutes long video in which he had informed everyone about his and Sapna Choudhary's secret wedding. On the other side, Sapna had also confirmed the same by posting beautiful pictures from her Karwa Chauth ceremony on her IG handle.

Recommended Read: Mira Kapoor Gushes Over Her Son, Zain Kapoor While He Naps, Wonders Why Is He 'Growing Up Too Fast'

On July 13, 2021, Sapna Choudhary took to her Instagram handle and hosted an 'Ask Me Anything' session to interact with her massive fanbase after such a long time. Most of the questions that Sapna received were about her baby boy, and one question that caught everyone's eyes was about her decision not to post more about her baby boy on social media. Sapna Choudhary answered the question by saying that she wants her son to live like a common person. She said, “Kyuki Mujhe Lagta Hai Usse Aap Logo Ki Tarah Jeena chahiye. Na Ki Hamari Tarah. Aaam Aadmi Bahut Kuch Hota Hai Or Vo Aap Logo Ki Tarah Aaam Hain Or Mere Leye Aap Log Khaas Ho Vo Bhi Khaas Hai.” 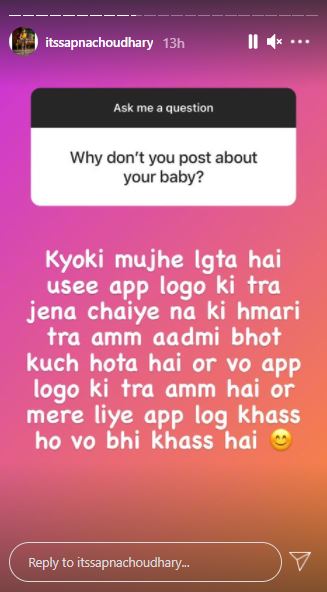 Another user asked Sapna Choudhary a beautiful question that reads, "Aapka Beta Kis Par Gaya Hai? Aap Pe Ya Sir Pe". The actress clearly stated that her son is like her husband, Veer Sahu. She wrote, "Vo Poora Veer Jaisa Hai", followed by a smiling emoticon. Another big and special thing that Sapna revealed during her LIVE session is her marriage date. According to her answer to a user's question, Sapna and Veer got married on June 24, 2020. The gorgeous wifey also stated that the best thing about her husband is the fact that he is an animal lover. 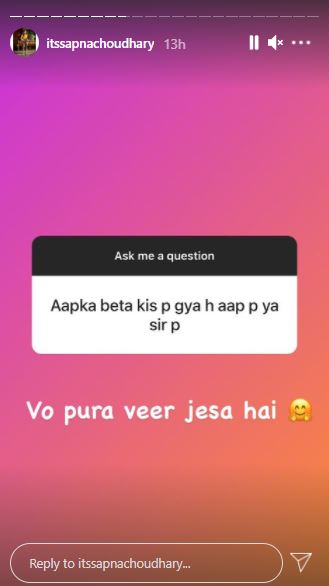 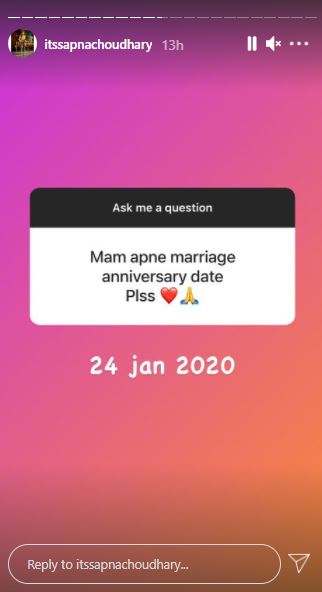 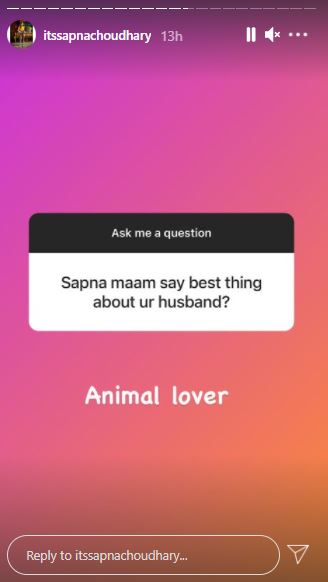 On December 15, 2020, when Sapna Choudhary had taken to her Instagram handle, she had shared the first-ever picture with her little prince. In the picture, we could see the gorgeous mommy donning a purple-hued sweater with a glistening black cap and had looked adorable holding her baby boy in her arms. Alongside it, she had written a cute note in Devanagari that could be read as "Hazaro saal Nargis apni benoori pe roti hai. Badi mushkil se hota hai chaman mein dedavar paida." The massive fanbase of Sapna Choudhary had received another glimpse of her son on December 18, 2020, when she had dropped some priceless pictures with her husband, Veer Sahu, from his first birthday post marriage. The couple had looked super-adorable as they had twinned in yellow. 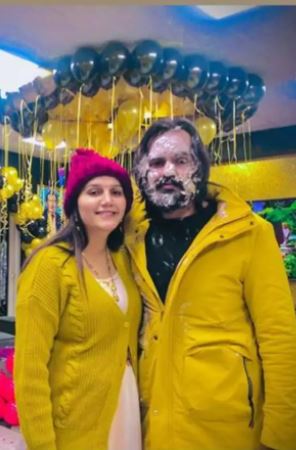 While Sapna Choudhary had donned a sweater, her husband, Veer Sahu, had looked handsome in his overcoat. We could also see the couple's newborn baby in Veer's arms, and the cutesy family had looked super-adorable together. The doting wifey had written a note, and it could be read as "Wishing you a very happy birthday my king" followed by a king's crown emoticon. Take a look! 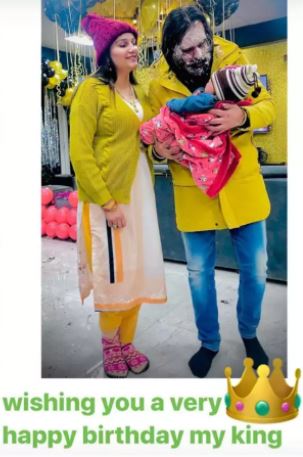 Sapna Choudhary was last seen in a Haryanvi Song, Eglish Midiyam, which was released in May 2021.