'Kundali Bhagya' actor, Sanjay Gagnani's lovely performance for his fiancee, Poonam Preet, ahead of their wedding is what pure couple goals is all about. Details inside!

The popular television actors, Sanjay Gagnani and Poonam Preet are all set to tie the knot on November 28, 2021. Sanjay, who is known for his performance in the show, Kundali Bhagya is madly in love with his longtime girlfriend and Naamkarann actress, Poonam. The wedding ceremonies of Sanjay and Poonam have already kick-started, and glimpses from the same have left everyone in awe of this stunning couple.

For the unversed, it was in 2018 when Sanjay Gagnani and Poonam Preet had exchanged rings in Surat. The pictures from the couple's engagement ceremony had taken the internet by storm, as they had looked breathtaking in their respective outfits. While Poonam had looked gorgeous in her unique baby pink-coloured lehenga, Sanjay had looked handsome as usual in a dark blue sherwani. 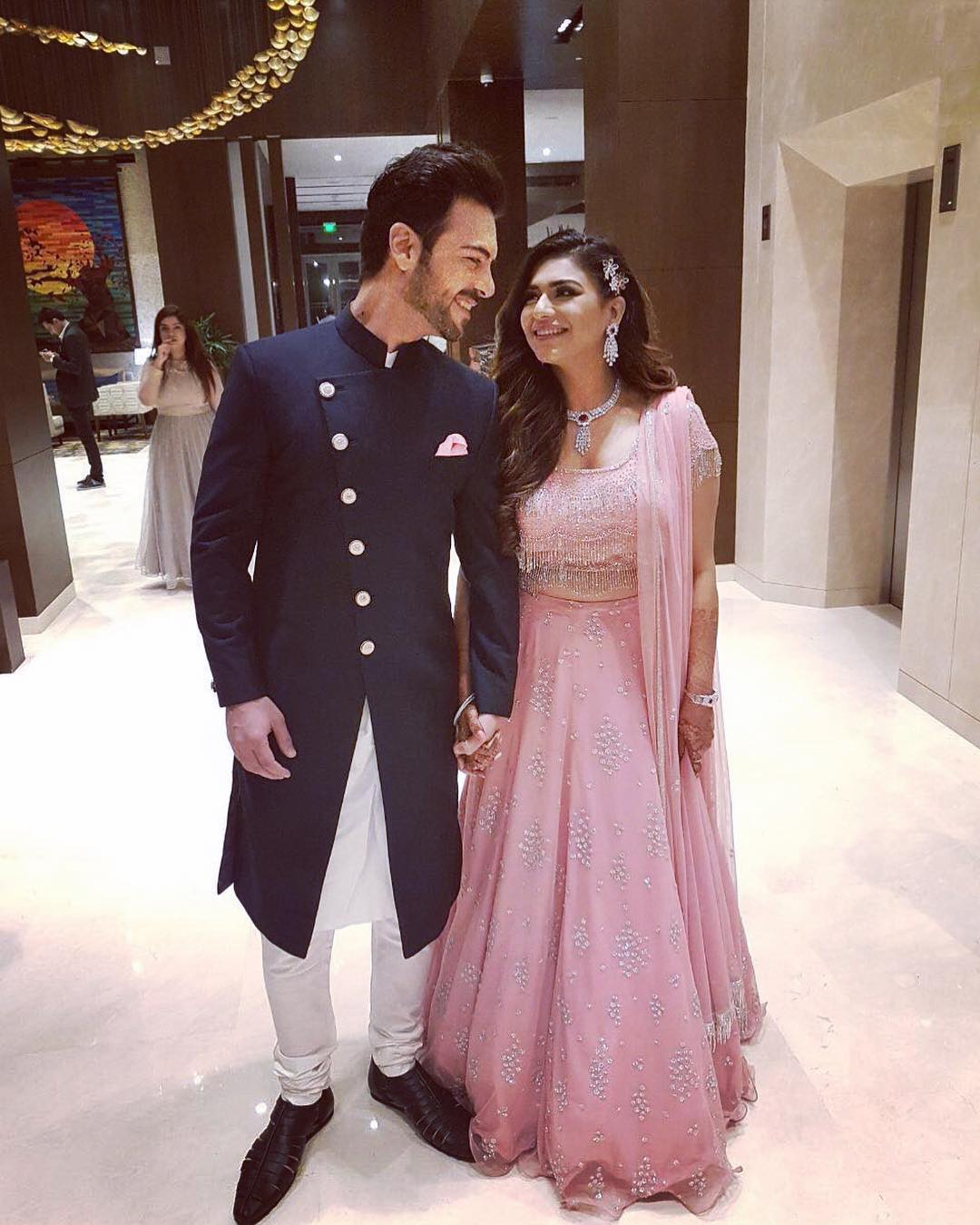 A rare video of Sanjay Gagnani giving a lovely dance performance for his to-be-wife, Poonam Preet, on the song, Senorita from the film, Zindagi Na Milegi Dobara is doing rounds on social media. In the video, we can see Sanjay dancing in front of his ladylove with a flower in his mouth, imitating Farhan Akhtar's dancing style in the song's original video. Later in the video, Sanjay and Poonam can be seen grooving together and giving major couple goals to everyone.

On November 24, 2021, Sanjay Gagnani also took to his Instagram handle and shared a series of stunning pictures and a cutesy video from his wedding festivities. The couple had stunned everyone with their respective outfits in the evening and had a gala time with their friends and family at their wedding festivities. While on one side, Sanjay looked handsome in a blingy collar suit, on the other side, Poonam stole the limelight with her stunning off-shoulder ball gown. Sanjay also penned a sweet little note in the caption, and it could be read as:

On November 23, 2021, Poonam Preet had also taken to her IG handle and shared some stunning pictures with her to-be-husband, Sanjay Gagnani. The lovely couple had looked ravishing in their respective outfits in the pictures. On one side, Sanjay had donned a cream-coloured kurta-pyjama along with a pink coloured Nehru jacket. On the other side, Poonam Preet had made everyone fall in love with her fashion quotient as she could be seen donning a blue colour flared kurta and sharara. Along with the pictures, Poonam had written a short note in the caption, and it could be read as: 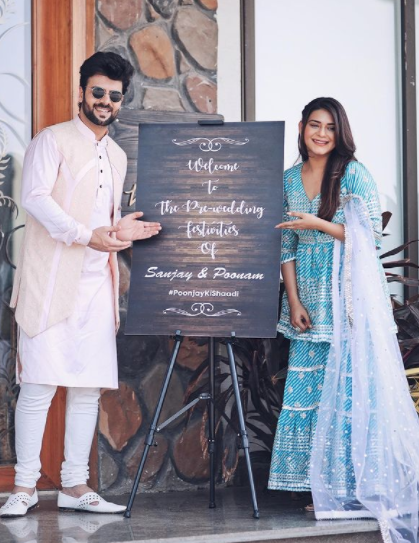 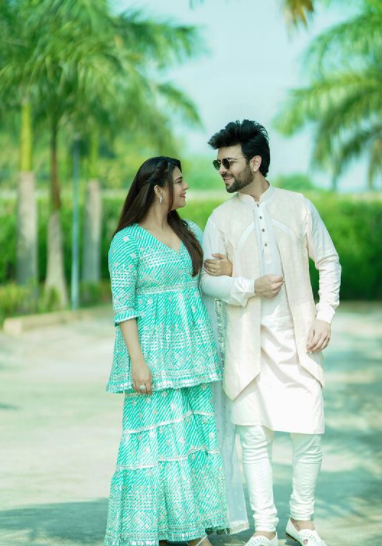 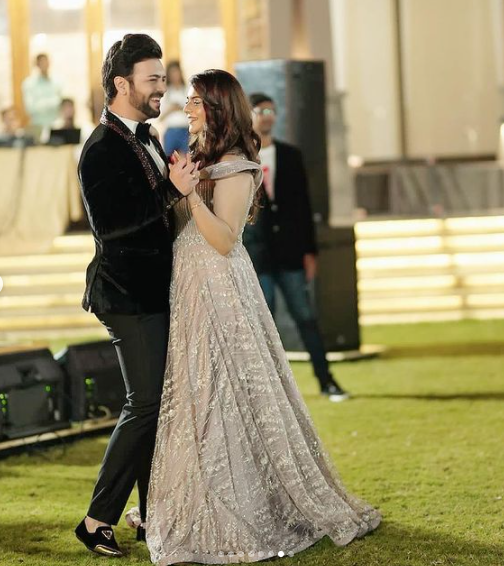